October 4, 2011 · by willoughbyandy · in Burgers, California · Leave a comment 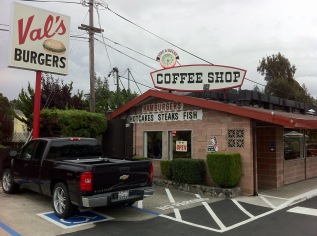 One of the places that I did have targeted on the trip west was Val’s Burgers in Hayward, just south of Oakland.  Val’s has been in business serving burgers and steaks since the 1950s.  We headed down that way from Sonoma and arrived just ahead of the dinner-time rush.  When we got there the waitress told us to pick a spot, so we climbed into one of the red booths against the front window and took in the scene. 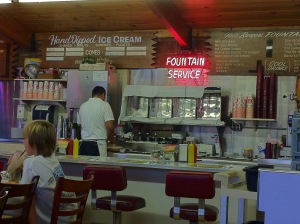 At the front right was the soda fountain with a grill at the right rear, counter running down the right side, booths on the windows and tables in the middle.  When I was reading about Val’s in Hamburger America, they said that you had to try the signature shake, a “rootanana” (a root beer banana milkshake).  They had tons of choices.  Jo chose a vanilla malt, I decided to go with the root beer banana.  So I tell the waitress that I want the root beer banana shake and she looks at me like I have two heads.  Says no one has ever ordered one of those in the eight years she’s worked there.  I guess you can’t believe everything that you read. 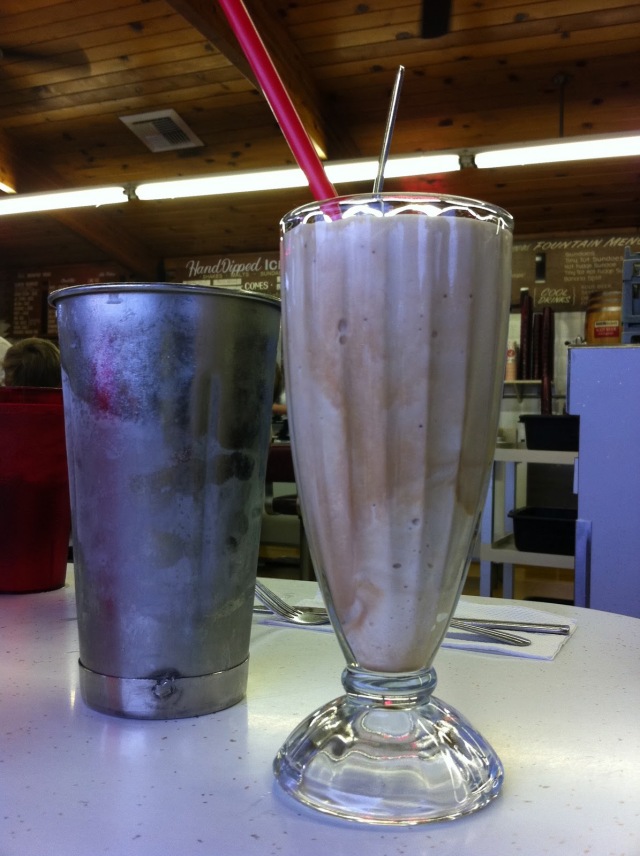 It was amazing! I don’t know that I’ve ever had a shake that tasted any better. 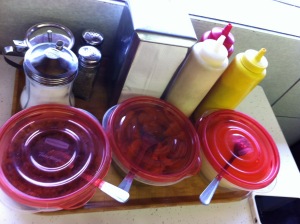 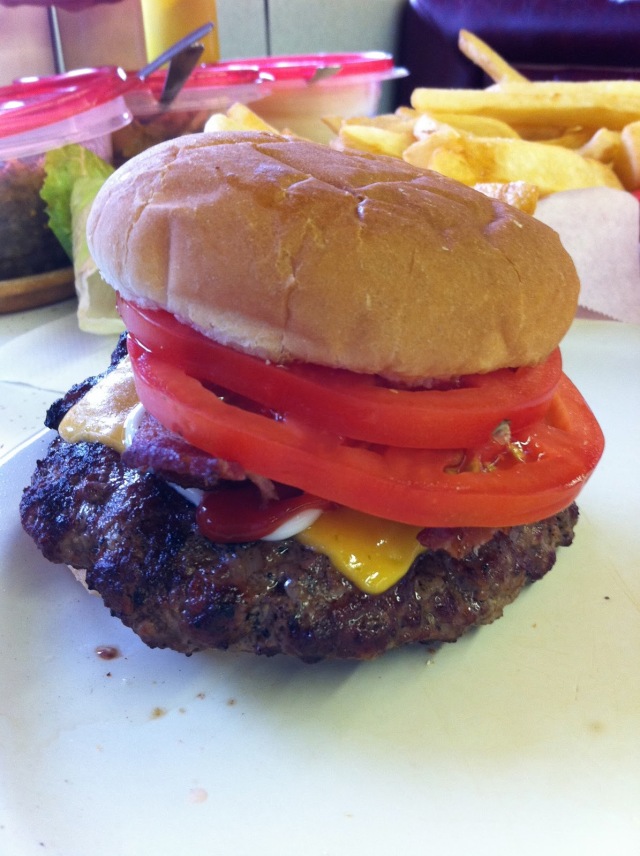 This was one big juicy burger.  Right up there with the burger at Kincaid’s, Western Steakburger, Miller Union and Ray’s Hell Burger for the best that I’ve had in 2011.  I’d go back, in a heartbeat.  And I might even order a burger to go with the shake…