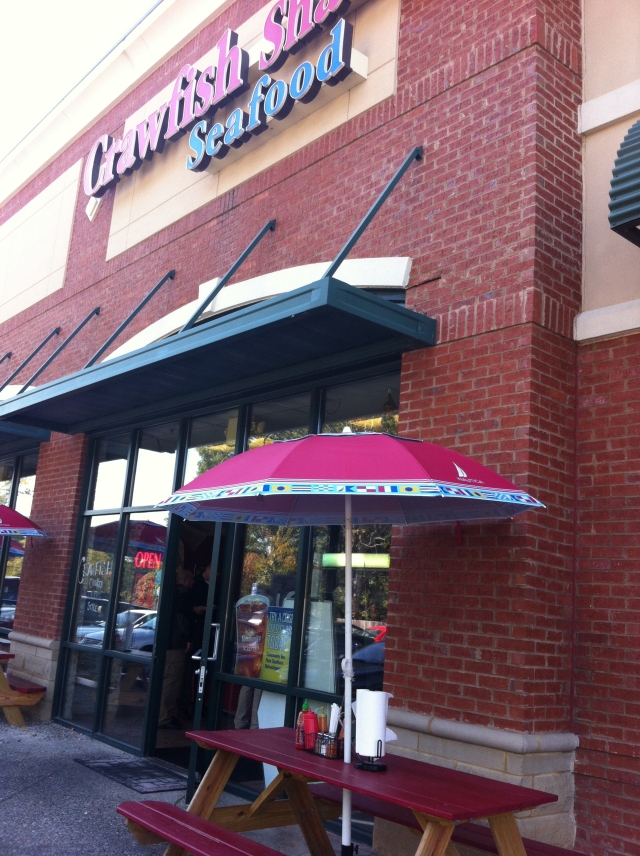 When a friend and I decided that we were meeting for lunch on Tuesday, he let me pick the place.   With his office at Ashford-Dunwoody and mine in Duluth, there isn’t a whole lot that is equi-distant.   I remembered seeing something about Crawfish Seafood Shack in Atlanta magazine and in an edition of Marie, Let’s Eat (one of the best food blogs in the region) and realized that it would fit the bill for a spot for lunch.  I called my friend and said, “How about a Vietnamese-Cambodian Cajun fish place?”  How could he say “no” to that? 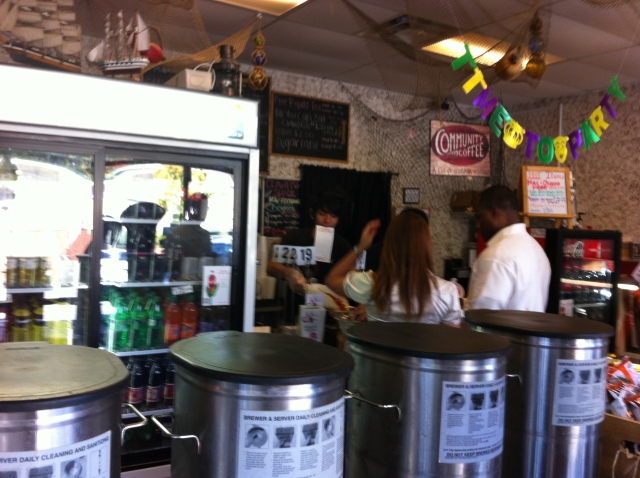 I arrived a little before he did, which was good since I drove by the strip center twice before I finally found it.  After finding a spot to park I walked down and stepped inside to get a menu.  It was little before noon and the place was packed.   There was a line of about twenty (that was consistently of that length for the fifteen minutes that I was outside) waiting to order, get their number and pick a table.  Inside there were several communal tables as well as a couple of two- and four-tops, with three picnic tables outside, as well.

I went with the Cajun seasoned fries and corn on the cob as my sides (other choices were red potatoes, cole slaw or potato salad, or for an up-charge: sweet-potato fries, onion rings or egg rolls).  I chose the fish lightly battered (corn flour) as opposed to crispy battered (cornmeal) and the fish was excellent.

My cohort chose crispy battered catfish and said that it was excellent as well.  He also had the onion rings and we split an order of mac-n-cheese fritters.  Frying seems to be their specialty, and they do it well.  I’d like to revisit at another time with my fish- and shrimp-loving wife and get her opinion.  We may have to do that one evening….