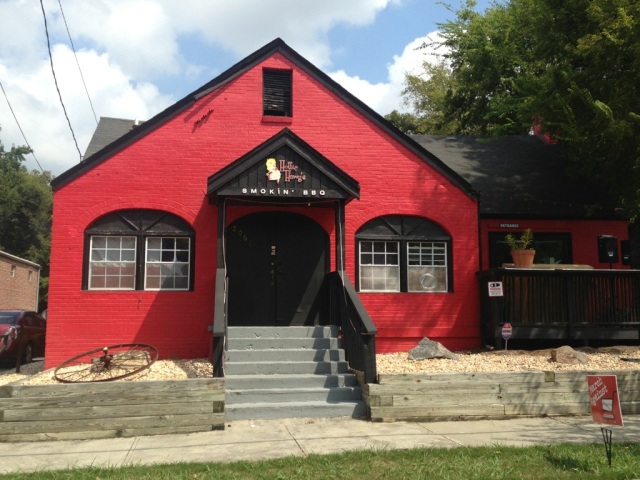 For the last couple of years, as we headed down Bolton Rd to get to West Midtown, I’d been tempted by the sign for Hottie Hawg’s Smokin’ BBQ, but never could convince my passenger to eat there.  Maybe it was the sexist caricature of the pig in daisy duke’s and a halter top.  Or it may have just been that it was barbecue.  When we saw them on Catering Wars a couple of months back, the flame was re-kindled.  And when I tried (and failed) to get one of their pork empanadas at the Atlanta Bar-B-Q Festival on Friday (I went right after the festival opened and they hadn’t started serving yet when I was ready to leave) I became determined.

I was not under the impression that they were Texans.  Boy, was I wrong.  When we arrived, about ten minutes before kickoff of the Cowboys-Chiefs game, 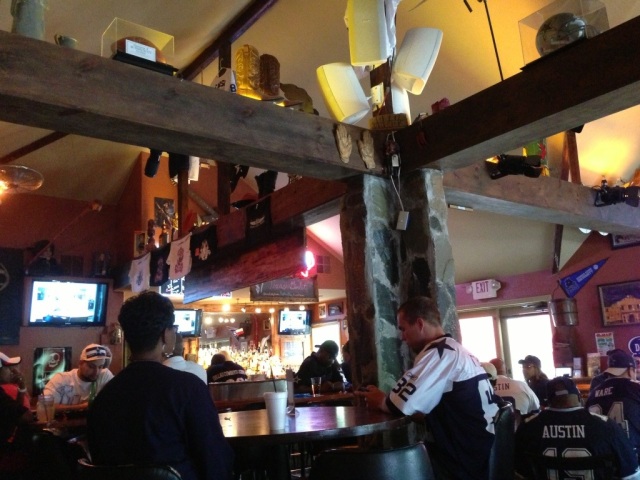 there were Cowboys jerseys and posters and fans in jerseys all over and the place was packed.  In fact, we took the last two seats.  And it was loud, too.  One of the two (over-worked) servers came over and told us that they had a limited menu for “game day” – composed of apps, all of the sides, ribs and some of the sandwiches.  We decided to start with an order of fried pickles and the pork empanadas that I missed on Friday night. 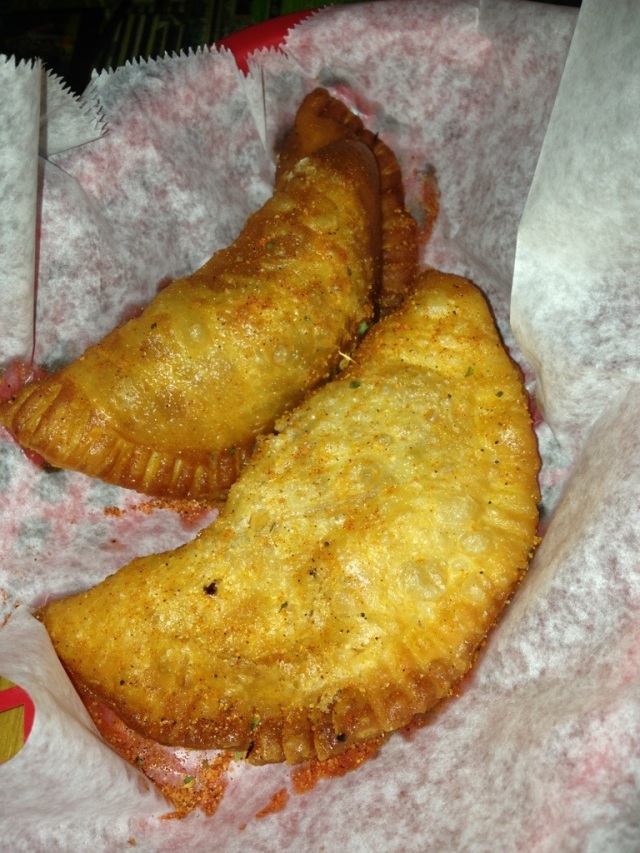 I was told that the fried pickles were the best thing on the table that day, but I chose not to weight into that judging.  The empanadas were good, but were way too heavy on the onions and green and red peppers, and too light on the sauce, for my taste.  We chose to split a rack of ribs, a pork sandwich, slaw and a side of fries.  The ribs and the slaw were the first to arrive,

This was one massive rack of ribs.  They had a nice char and the meat pulled off the bone with a gentle tug of the teeth.  This was  perfect rack of ribs to split as the ribs closest to the end were thin (like Jo likes) and in the middle were thick (like I like and in the photo below). 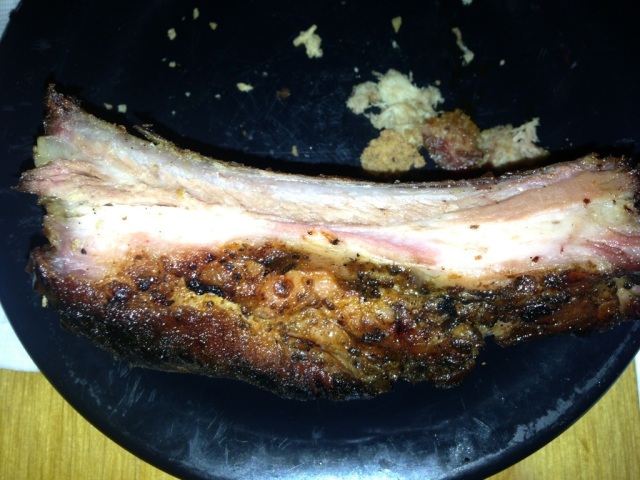 The rack was served with a drizzle of the house sweet sauce and they also served a Carolina mustard sauce on the side, that I particularly enjoyed on the ribs.  The sandwich arrived, topped with fried onions and bacon (it was an add-on option and appeared to be fried)

The barbecued pork wasn’t anything to write home about – not particularly smoky nor flavorful.  The bacon was good.  On the other hand, bacon is rarely bad.

and try the burnt ends and brisket.