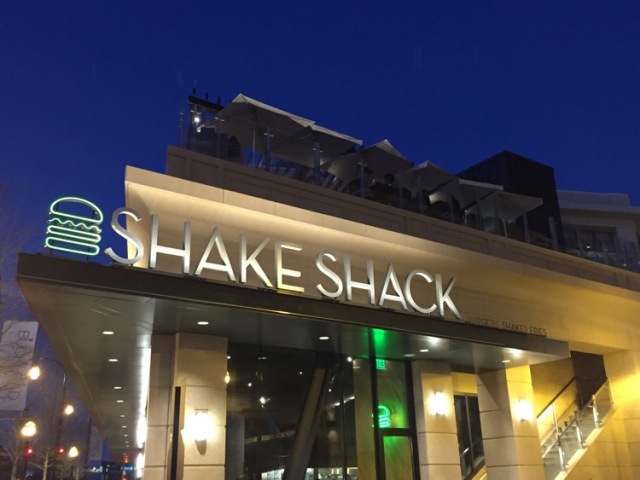 Several years back, we were visiting NYC for the weekend and I was in burger heaven.  As we were getting ready to leave on Sunday morning, I realized that we had time to make a quick run to Shake Shack, just off Times Square.  I enjoyed it at the time, although it paled next to the burger we ate that day at Minetta Tavern (as has every other burger since), and was excited to hear one was opening this year in Buckhead.  As we headed home from a day in north Atlanta, I realized that I could squeeze in a visit for dinner.

Shake Shack has opened on Peachtree Road, in Buckhead Atlanta, a new development at the corner of Pharr Road.  This still-in-development venue, right now, is populated with several restaurants and a few high-end stores.  Self parking is in an underground deck and from level B1, we were given directions by the cheeriest parking lot attendant I’ve ever met.  The line was just starting to stretch out the front door when we arrived, and we joined the queue.  The menu, 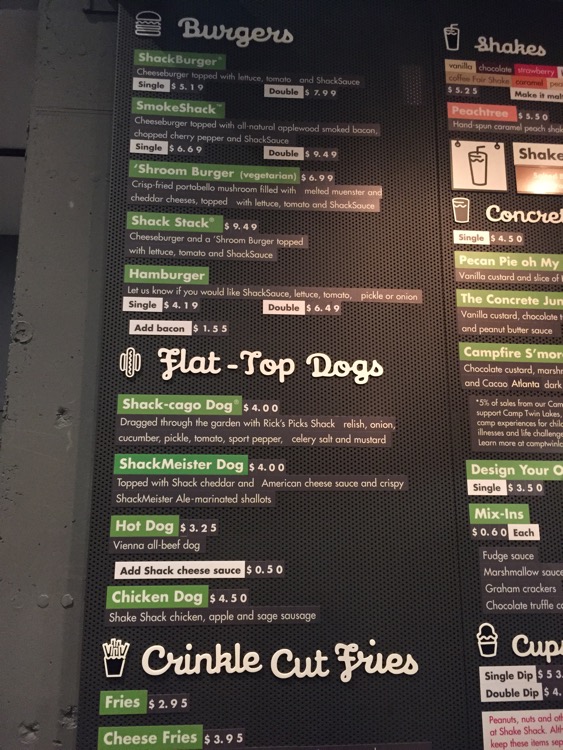 is simple,  with burgers, dogs, and fries, along with shakes, concretes and custards (they also serve beer and wine – and have Abita root beer on tap).  The menu is similar to the NYC menu, yet with a hometown touch – one of the shakes had a slice of H&F pecan pie in it, for example.  We placed our order, gave them my (real) name, took our beeper and looked for a seat.  There are large, communal tables, some small tables and counter seating in the dining room, and additional seating on the roof top patio up a flight of exterior stairs (or an elevator).  We chose the rooftop because: (a) it was fairly nice outside; and (b) there was no room downstairs.  We were able to get a table by the rail, looking onto Peachtree.  Unfortunately, the centerpiece of the view is the shuttered Cheesecake Factory, but it’s a nice thought.  Ten minutes or so later, the buzzer went off and I grabbed the tray below and bounded back up the stairs. 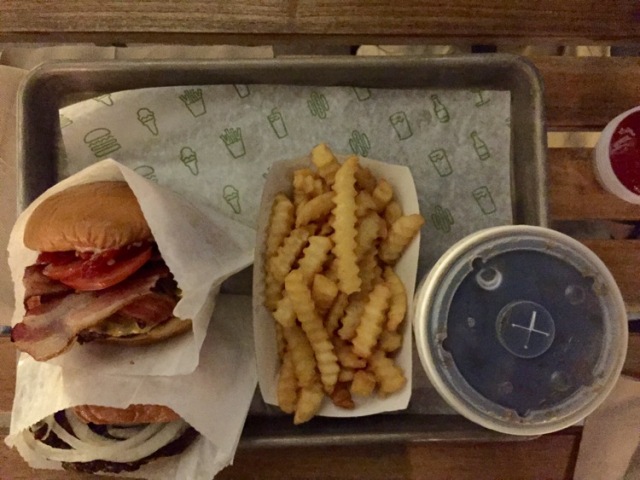 Jo chose the classic Hamburger and I had the SmokeShack (with applewood smoked bacon, chopped cherry pepper, cheese and Shack Sauce).  Both were singles, although both are also available as doubles.  We chose to share an order of the (extremely generic) crinkle cut fries. 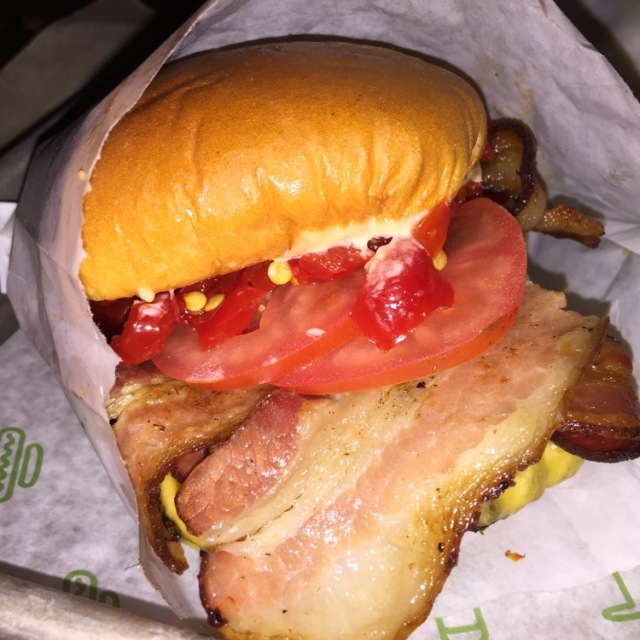 The chopped cherry pepper gave this burger a nice “bite” and it was a very well put together burger, overall.   They promote their burgers as fresh ground, 100% Angus beef, no hormones and no antibiotics.   It is a good burger, similar in quality and price to Farm Burger and Yeah Burger.  It should do well, based on the location.