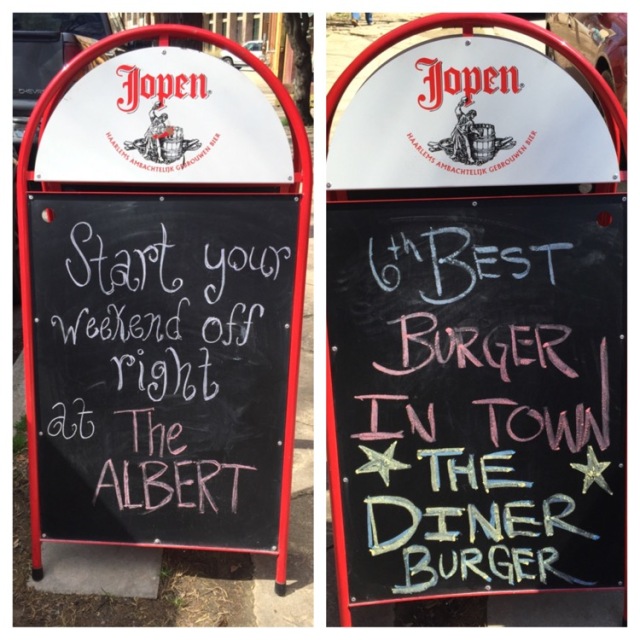 Recently named the “6th Best Burger” in Atlanta (by Atlanta Magazine), the Original Diner Burger (ODB) was put on my “to try” list right after reading the article.  Heading into town this morning (because it is Saturday and what else would you do) we headed toward Inman Park, sneaking up on The Albert from Little Five Points. 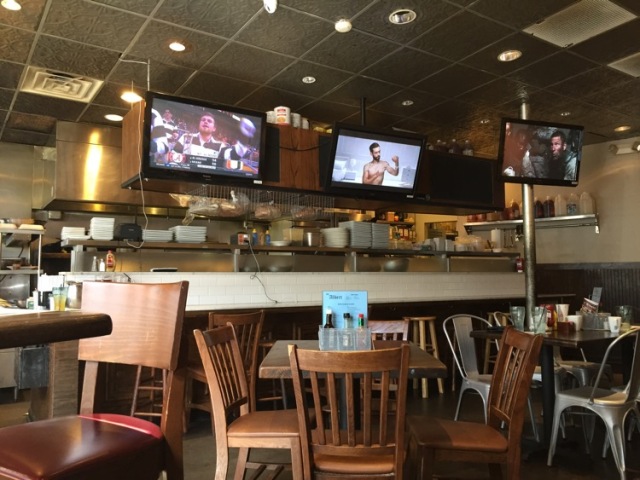 After looking through the menu, Jo was originally set on the black bean scramble, but our server came back after we ordered and said they were out of black beans.  (For what it’s worth – That seems like a really easy thing to fix, with a market around the corner….)  After revisiting the menu, she chose a kale and smoked chicken salad – which ended up being a fantastic choice (for her).

The kale was small leaf and not particularly bitter and the chicken was smoky while staying moist.  Served with cranberries, pecans, goat cheese and a spicy white balsamic vinaigrette, she was a member of the “clean-plate-club” when the meal ended.

The ODB is two four-ounce patties, with American cheese, bacon and a sunny egg (I chose for the egg more on the fried hard side).

This was one handful of a burger with the two crispy patties covered in the gooey mess that only processed American cheese can create. 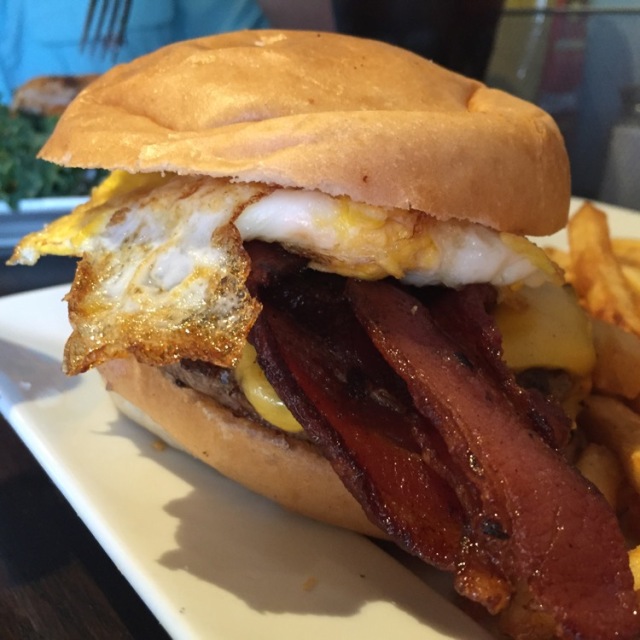 Check out that bacon!

In the interest of full disclosure, my plate was devoid of all but a few French fry pieces at meal’s end, too.  I can see why this burger made the top ten – keeping patties that crisp without drying them out is a fine line that was well walked with this burger.  The Albert is definitely more of a bar than a restaurant, but their “bar food” is better than that in many other “restaurants”.