June 10, 2015 · by willoughbyandy · in Atlanta (Inside the Perimeter), Everything Else, Georgia, West Midtown · 1 Comment 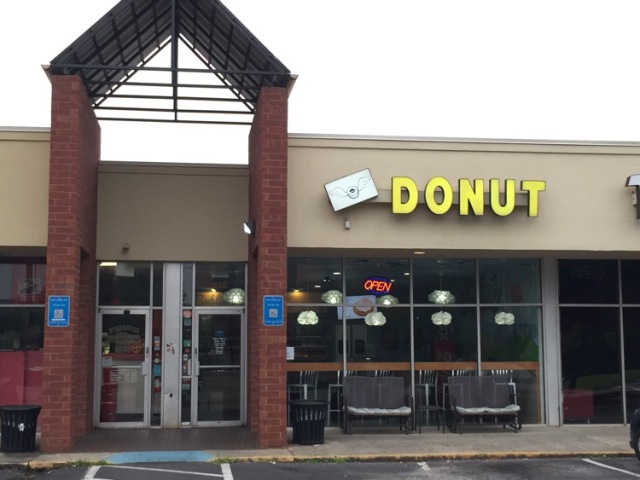 So, here it was on my birthday and I had a business meeting at the office with a client in from out of town.  I had wanted to swing by Revolution Doughnuts, (it was my birthday) to show off some of the uniqueness of our city, but I had also wanted to try Sublime Doughnuts myself and it was on  the way.  Proximity made the decision simple. 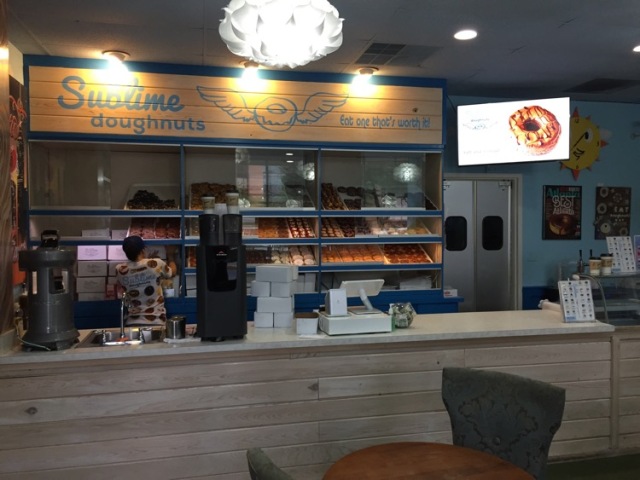 Located just off the Georgia Tech campus on 10th Street, near the intersection with Hemphill, they’ve been open for several years.  The only thing I can find wrong with this place is that of the 29 doughnuts that they now offer, 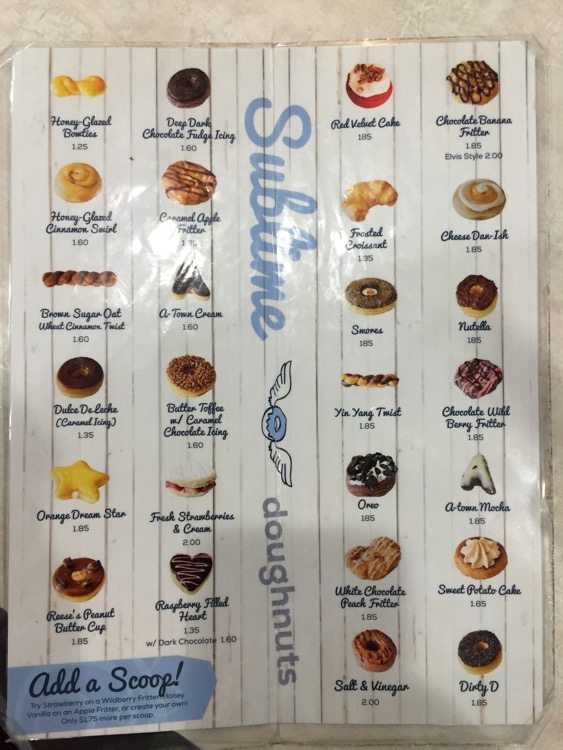 (there were 26 on the menu when I took this photo – the three that they’ve added are “ice cream burgers”, which are ice cream sandwiches made of one of  the doughnuts, sliced in half with a patty of ice cream), too many of them contain chocolate or peanut butter, so I won’t eat them.  I realize that this is a problem that is almost unique to me, as my wife declares my dislike of chocolate and peanut butter as some flaw in my DNA.  I’m actually jealous that there are flavors that I know I won’t like because they contain one of those. 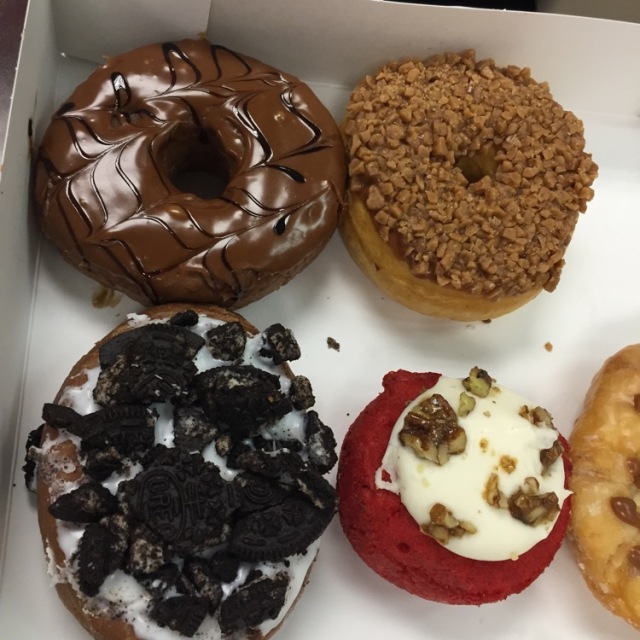 I picked a random dozen to take to the office: salted caramel and reduced balsamic vinegar , smores, oreo (it was a daily special) and red velvet cake are shown above.  I particularly enjoyed the caramel apple fritter.

The problems with so many fritters is the thickness of the frosting and of the batter.  Chef Grant Kumal has a deft hand and neither of those problems were present in this creation.  He also has a really cool vision of what he wants to make – the doughnut and ice cream burgers are brilliant.  Now I want one of those.  I also had the fresh strawberries and cream doughnut, which resembles a slider, and it was excellent as well.

Why did I get two doughnuts?  There were ten of us in the business meeting and 1) I had picked up the doughnuts and 2) it was my birthday.  Since that visit, I’ve stopped by a couple of times and brought a couple home and I’ll say that the biggest winner of the double bakers’ dozen of choices was the Reese’s peanut butter cup.  See why I’m jealous?