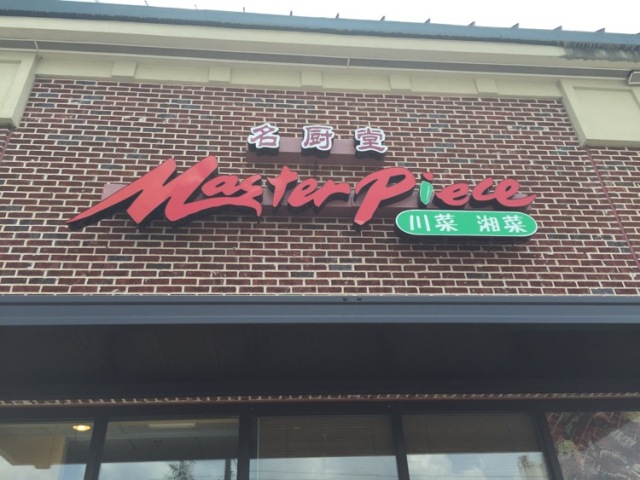 Masterpiece popped onto my radar with a small blurb in Atlanta magazine (you can read it yourself – it’s the last one on the wall on the left in the picture below) last month.  It was a small article about food happenings around town and told briefly of Chef Liu’s path, starting in Atlanta at Tasty China with Peter Chang and moving on to Fung Mei, before opening his own place. 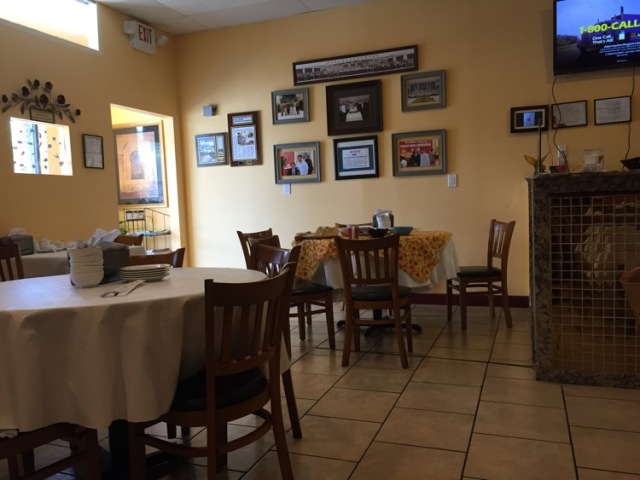 It’s a small (30+ seat) place that is family managed and clearly a labor of love.  On my most recent visit (yes I’ve been twice in eight days for lunch), we were eating a little late and there was no one there dining as we were finishing but the two of us.  As we were paying, Chef Liu came out of the kitchen and was helping his son (and wife) with their new menus.    I was telling him how much I enjoyed his food and he told me (through his son, interpreting) of his friendship with Peter Chang, and that the top picture on the wall was of a country-wide (in China) cooking contest that occurs every five years, which he won.  I asked him if he served the numbing beef that I love from Tasty China and he showed me where it was on his menu.  And I got some dining recommendations for next time, from him.

On both the meals that I recap here, we started with dan dan noodles, 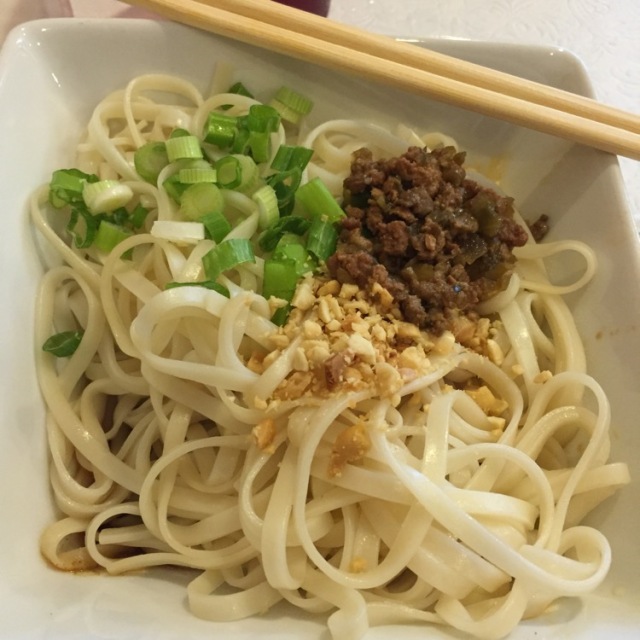 which were very tasty, even though the noodles weren’t house made (I’m fairly certain that everything else on the menu is). 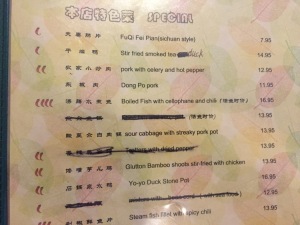 We failed to order the chicken with cellophane and chili, based (mostly) on the name.  I’m fairly certain that it was supposed to read glass noodles, not cellophane.  I guess that name won’t make the new menu…  My table mate on the first visit, ordered the pork with celery and carrots, 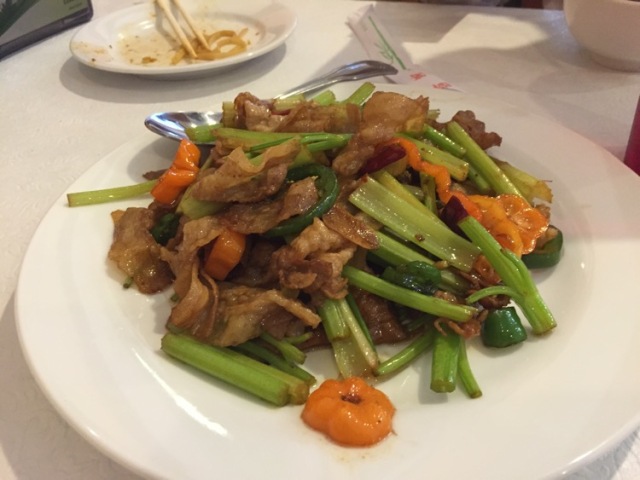 which was excellent.   This is one of the dishes that chef recommended as one his favorites (it was also recommended by the  young lady that served us on that visit).  The pork was thin sliced pork belly, was not fried crispy, and I know why it was recommended.  Very, very good.  I ordered the chicken with chilis (we also had this dish on the second visit). 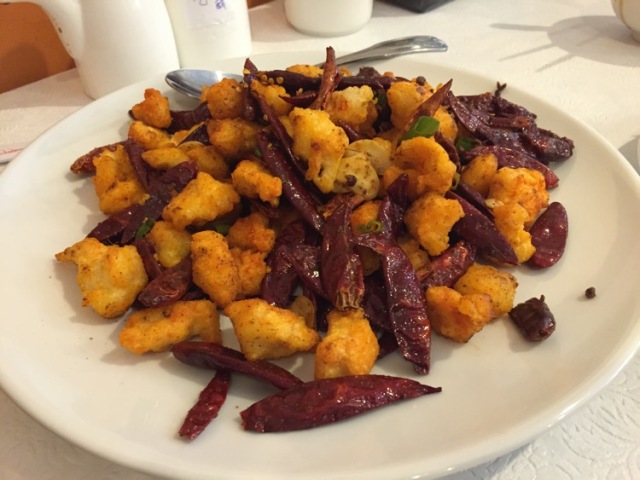 The chicken was slightly sweet, lightly battered and spicy – just to the edge of being too hot.  I love this dish (also known as “Chongqing chicken” or “firecracker chicken”), in general, and this may be my new favorite version of it.  On our second visit, I ordered sizzling beef, which lived up to its name.

The sauce was slightly sweet and incredibly flavorful.  As we were leaving, I told my lunch mate that this is the kind of place I would eat at every day, just to support his passion.

On another note, a couple of my co-workers went on Friday, after I first went on Wednesday, and when they got there, they were closed, at noon.  Apparently, they had a big Thursday night and the chef was out buying vegetables.  Growing pains will happen…

When you go, and you really should, note:

Don’t go on Tuesday – the one day they are closed.

You will find fabulous Sichuan food, prepared by a master chef.