October 24, 2015 · by willoughbyandy · in Barbecue, Buckhead, Georgia · Leave a comment 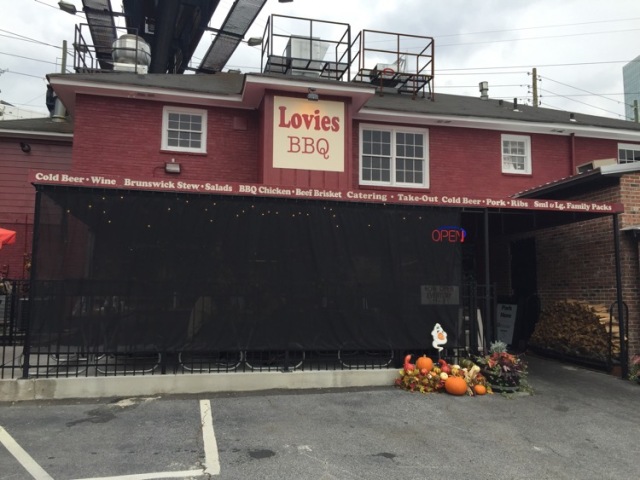 Several months back, on a routine trip through Buckhead, I saw the sign for a barbecue restaurant, Lovie’s BBQ, that I had never seen before.  As you turn left off Lenox Road onto Piedmont, you pass by Chipotle and Naan Stop and the entrance sign for this place.   It’s around back and down the hill, in the same building as Chipotle. 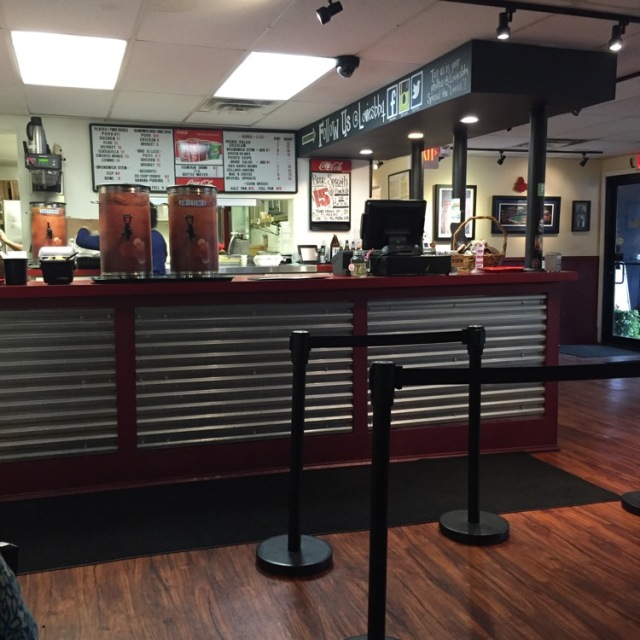 We were heading to the mall and, from appearances, we caught this place after a lunch rush (if there was one on this Saturday).  You walk in the front door, straight to the counter and place your order.  While we were getting ready to order, I read some of the articles and reviews and found that Lovie’s is the creation of two native Atlantans (Nate Newman & Drew Gregory) who have catered and home-cooked for years.  They decided to give a restaurant a go of it and have been open since early 2014.

We took a few minutes to study the menu and quiz the (incredibly helpful) young lady behind the counter.  My dear wife ordered the brisket, with slaw and baked beans – pretty much her standard order.

While she didn’t say much about the sides while we ate, as we were leaving she stopped by and complimented the server on the quality of both.  My mac-n-cheese was equally good.

I ordered the pork and rib combo, intending to share the ribs with my dear, with sides of (house-made) potato chips and mac-n-cheese.

The brisket and pork were both very good and the cornbread served with the meals was the sweet yellow corn bread that I prefer.  Both of us commented on the unique flavor of the house sauce (there was only one), particularly noting it’s fruitiness.   We talked about what could make it that way and when we queried the lady behind the counter as we left, she did say that there was apple cider vinegar in the sauce.  That was it.

I’m always a little perplexed when there is only one sauce.  On that choice, I found a great quote from Newman in an article in Creative Loafing:

“This is the sauce that we grew up eating here in Atlanta,” he said, “and people really seem to like it. When I go to a place that does what you’re saying [having multiple sauces], I end up sampling five sauces and by the time I’m done, the meat is gone, and the meat is the whole point.”

Sounds like his focus is in the right place.  And the meat was good.  I’d be curious to see what this place looks like at weekday lunch.