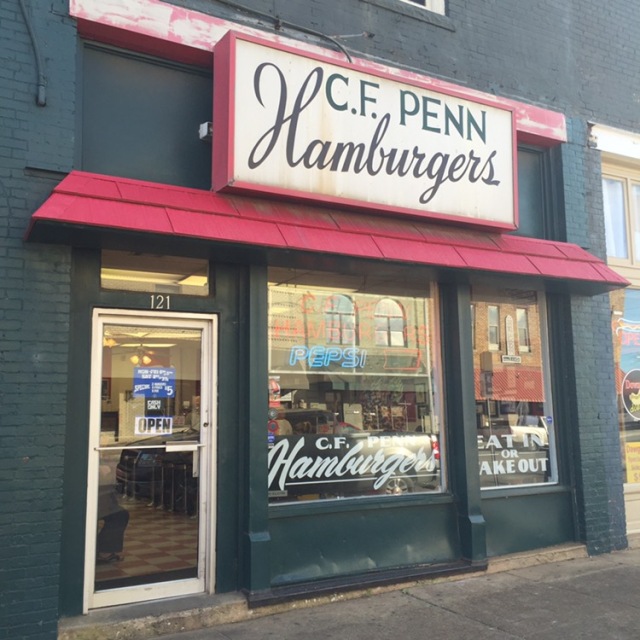 While wandering the town of Decatur, AL, waiting for lunch, we were killing time and I found a music store. I drove past it and parallel parked around the corner. As we were getting out of the car, I saw we were parked directly across from CF Penn Hamburgers.   Of course, I was intrigued.   We went in the store and as we came back to the car, decided to duck inside for a quick burger.   It was 2:45 and they were cleaning the floors.   I asked if they were closed and they said that they were open until 3:30. 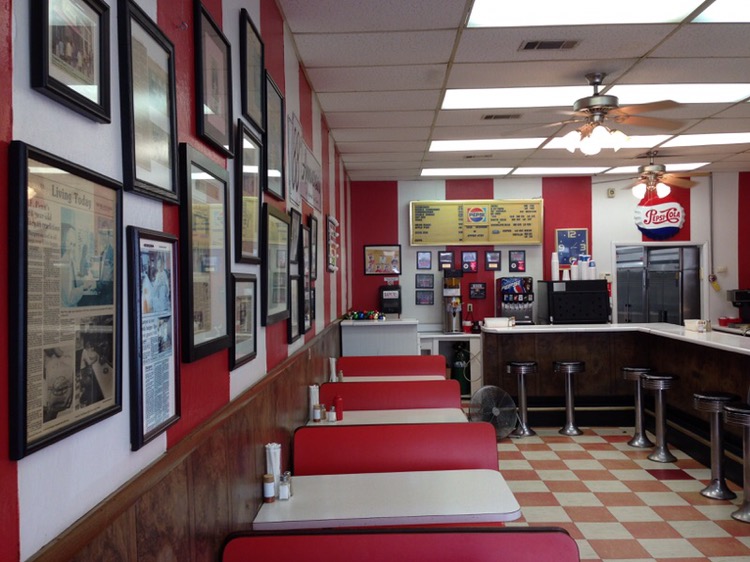 The inside appears not to have changed much in the past fifty years.   Which means that, at some point, they’ve had a makeover, as they’ve been open since 1927.   We took a seat at one of the stools at the counter and the first thing that caught my eye was the grease tray. 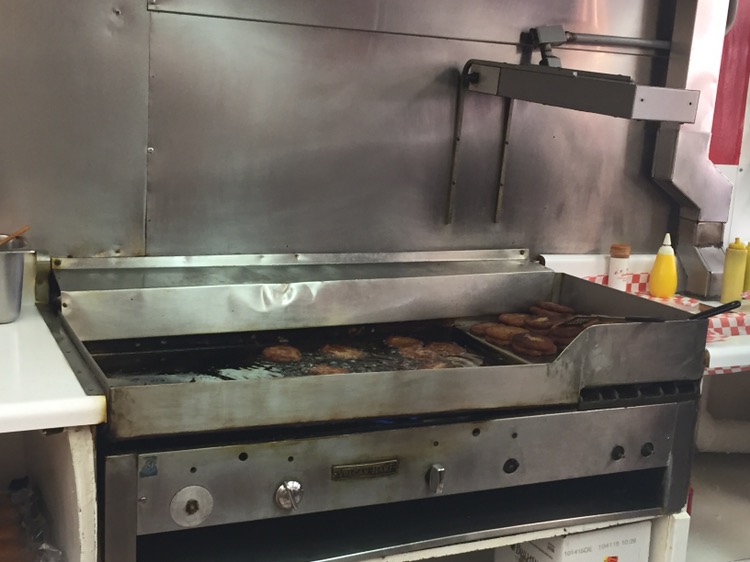 Notice the stack of burgers on the shelf to the right.   As I learned, by watching, the burgers were partially cooked and set aside on that shelf.  Then, when ordered, they were thrown back into the grease to be finished off. 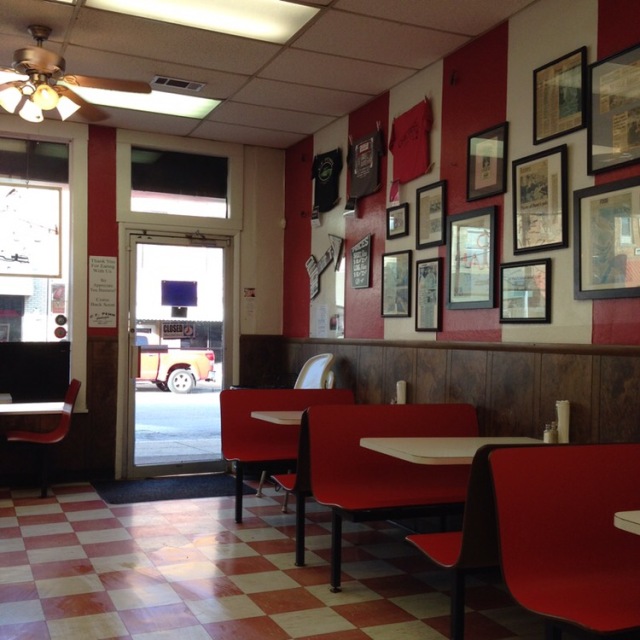 On taking the first bite, everything made more sense.   This was a “slug burger” – a type of patty created in the Depression, made from a mix of ground beef and white bread.  We first encountered these in north Mississippi several years back, at Bill’s and Philips Grocery and then I ran into them again at Fincher’s Barbecue, down in Macon, last summer.  That explains the texture – the crunchy exterior from frying (one of the keys is never changing the oil) and mushy inside – and the taste (like a Krystal, but less “meaty”).

The standard burger is served with mustard and onions.  You can add cheese, and ketchup and red pepper are on the counter / tables. The fries are frozen crinkle cuts and we refrained from those.   It’s served in a wrapper, which also serves as your napkin.  Seriously – there are no napkins to be seen.

Would I recommend it if you’re looking for a great burger?  No.

But if you’re looking to try something different, it definitely is that.