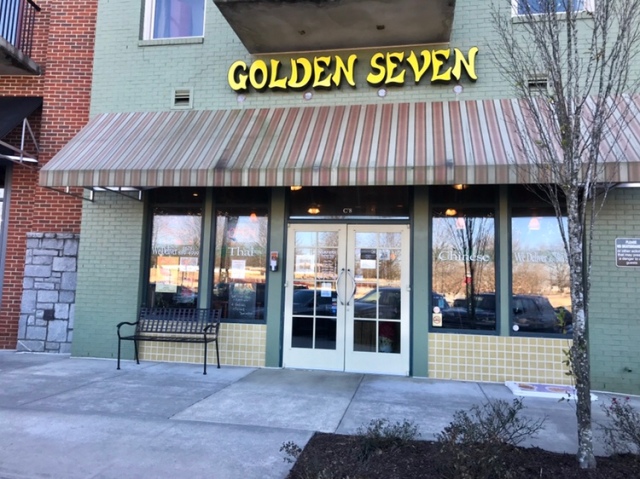 In the continuing exploration of places around my office that I haven’t eaten, today’s episode took me up Buford Highway to Suwanee Town Center.  I’ve dined at most of the places currently there (and a couple that are no longer) and drove all the way to the Lawrenceville-Suwanee end of the complex before finding Golden Seven.  The window said “We Deliver”, “Chinese” and “Thai” – I didn’t need delivery, but I like the other two, so I thought I would give it a try.  This spot is part of a three location, family owned (the seven brothers and sisters in the name) enterprise.

Walking in, it failed my first test – the only Asian people inside were the staff.  Every single diner was Anglo.  The menu had one side of lunch specials under Chinese (Sweet and Sour Chicken / Mongolian Chicken and the like) and ten to twelve Thai dishes.  Aside from the bar, this appeared to fit, cleanly, into the category my compatriot Grant coined: Happy-Golden-China-Buddha-Dragon. Generic, strip-mall, Americanized Chinese food. 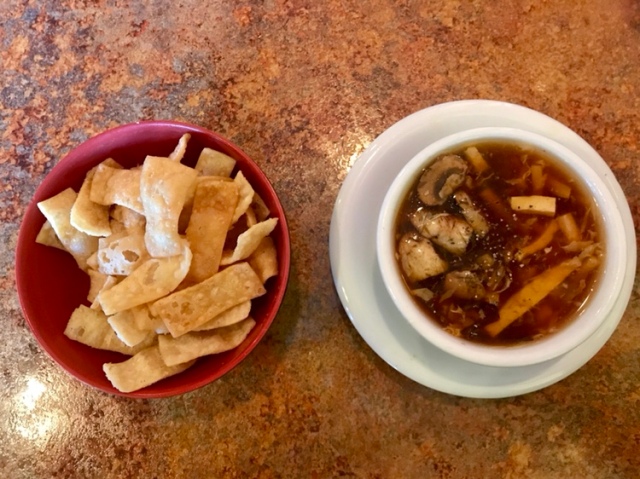 The lunch specials all came with a choice of soup (won ton or hot & sour, no Thai soups – they apparently do offer tom kha soup at dinner), so I went with the hot and sour.   It was fine, fairly thick but not very spicy.   They did have thick fried noodles.  For my meal, I ordered the pad kee mao (drunken noodles) – with no onions. 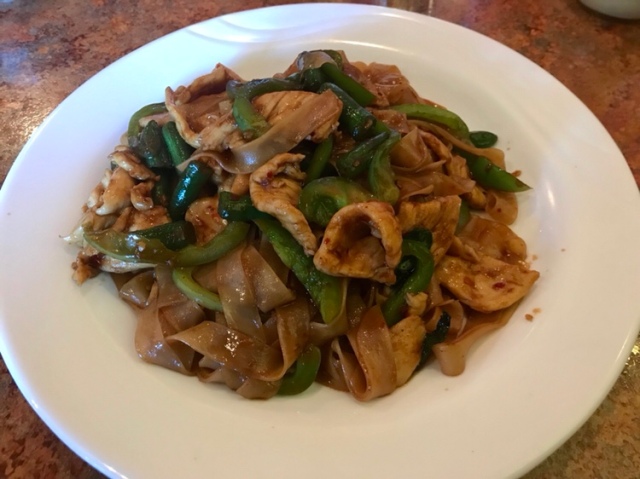 TI asked that this be 4 (out of 5) on the spicy scale and when it arrived, they failed that, miserably.  It was 0.5, at best. Nor did it have a world of flavor, otherwise.  They appear to be doing well, with the expansion to three locations, and there are many who enjoy this Americanized style of Asian food.  Good for them.