Yet another tip from the Garden n Gun Fried Chicken Bucket List, OJ’s Diner was noted for fried chicken that’s “moist, with super crispy skin.” Those four words were enough to draw me in.  As we were heading south through South Carolina, a lunch stop in Greenville seemed in order.  This is an old-school cafeteria style meat-and-three,

that’s been in business since 2005, even though it looks older.  Actually, it is older.  The owner, named the restaurant after his uncle, Olin Johnson, who had developed a following for cooking southern classics at another Greenville meat-and-three, McBee’s.  When the owner of McBee’s retired in 2004, she offered the business to OJ.  He went to his sister, and her son, Greg, decided to start the “family” business.

We went through the line pretty quickly – I knew what I was having before we got there – and found a table.  I went with the chicken, rice and beans and mac-n-cheese.

The chicken was as reported – moist with a really crispy skin. And it was coming out of the kitchen, by the plateful, fresh and piping hot. The rice and brown gravy was a good accompaniment and I enjoyed the mac-n-cheese, even though it was a little bit sweet.

My beloved, however was lured by the fried pork chop, as we passed through the line. 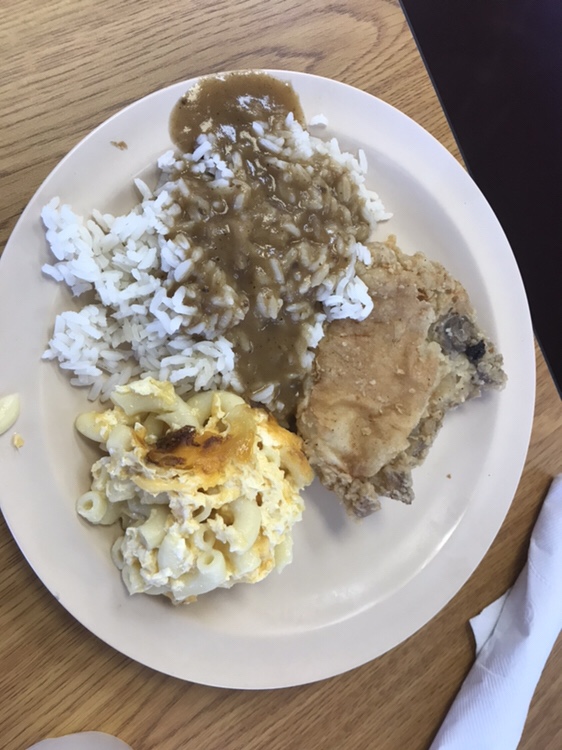 Both of our moms made fried pork chops when we were growing up, and we both remembered them fondly. Was it good?  Here’s the “after” photo…

The bite that she shared with me was so good, that while she had banana pudding for dessert (which wasn’t bad at all – I had a spoonful), I had a fried pork chop. 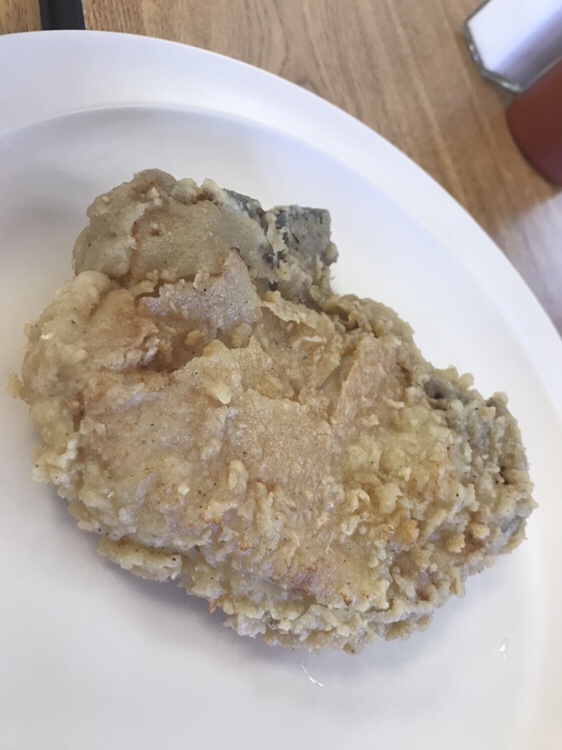 The crust fell off in big flakes – it shattered as soon as you hit it with a fork.  The chop was moist and needed the same “tug” to pull the meat from the bone that a good rib does.  It was excellent.

Fueled up, we hit the road, headed for home.  (The Zomato link below is for their second location, in Easley, which opened in 2012.)