Looking for something different for lunch one day, I wandered into the culinary-culturally diverse strip mall off Breckinridge.  I had been to most of the older restaurants there, at least once, but saw a new one, since last I visited – Chinese Dharba.  Their catch phrase “Chinese Food – Indian Twist” caught my eye.  One of the interesting food facts that I’ve learned over the past couple of years is that every culture has its own, -ized version of Chinese food.  Growing up in the almost suburbs of Atlanta, we had a couple of American-ized Chinese restaurants.  The strip mall Happy Golden Lucky Chinese Buddha Dragon from your town fits, slap dab in the middle of, this category.  Sweet & sour pork, cashew chicken, General Tso’s anything and chop suey are prime examples of this.  Take any of these “Chinese” dishes to folks in the Chinese countryside and they would have no idea what they are.  They start with a Chinese culinary foundation and then are “dumbed down” to the American palate and become a fusion, from before that became a good word about food.  The Indian-ized Chinese food was new to me, although we use to eat at Currylicious, a good bit, where the chef’s mom had written many Chinese cookbooks when they were living in India.  There were actually editions of these cookbooks in the restaurant – they looked, oddly, like a Southern Living chicken recipe book.

Here, I started with hot & sour soup.  That’s the litmus test for any Chinese restaurant, for me. 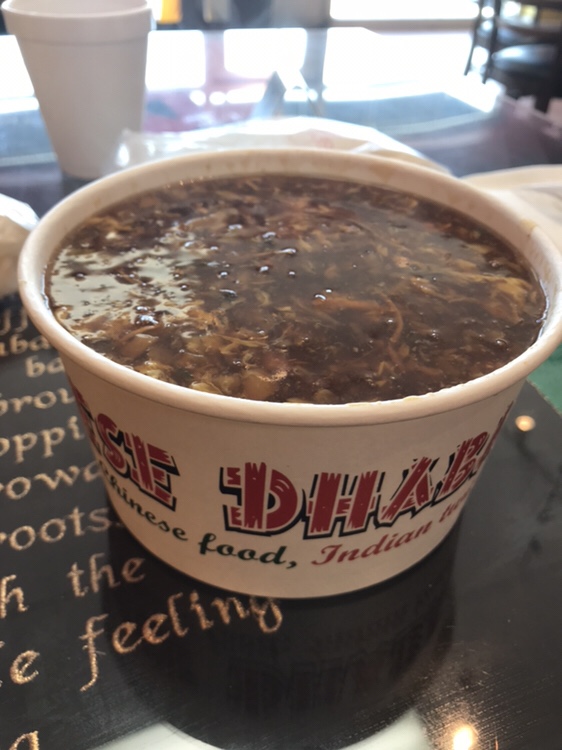 The soup was fairly standard hot & sour, but better than average.  And it had an extra “kick” to it that I really enjoyed.  There was nothing unusual about it, more than that extra heat, but I emptied the bowl.

I followed that up with Chicken 65 – my favorite Indian snack food.  From an earlier post, I wrote this paragraph about this dish:

Chicken 65 is a spicy deep fried chicken dish, originating in Chennai (Madras), India, that, supposedly, was originally a bar snack or quick entree.  (I’m thinking the Indian equivalent of hot wings.)  And after doing a bit of looking around on the internet, the best story I can find about the name relates to it have first been served at the Buhari Hotel in Chennai, in 1965.  Frankly, I was hoping for something much more magical in the naming. 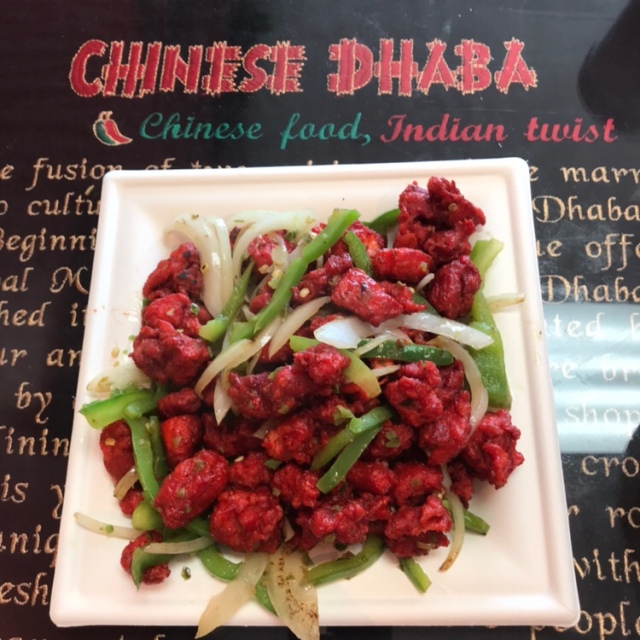 It had all the heat that I was looking for.  Imagine chicken nuggets meet buffalo wings, in the best possible way.  The heat is pepper, not vinegar, based and makes for the perfect lunch time entree.  I’ll be back to explore the menu in more detail, soon.