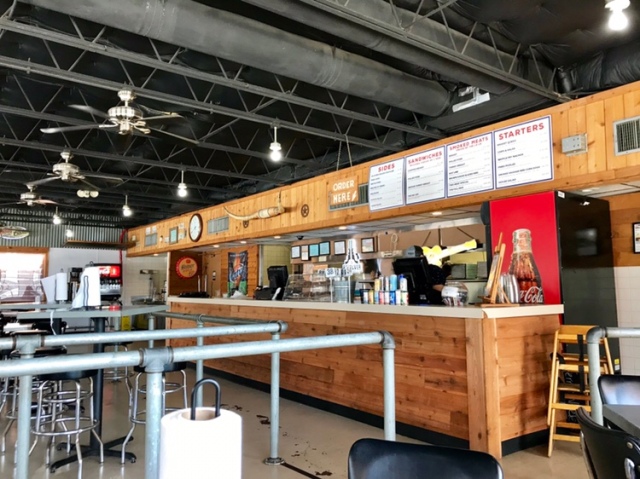 On day two of my Dallas trip, I was meeting a friend for lunch.  What would we have?  Barbecue.  We tried to find a place, that was both open on Wednesday and that neither of us had been to previously and he gave me two choices: I opted for Ferris Wheeler’s Backyard & Barbecue.  Open since late 2017, in the Design District, they have an event space, with an actual 50 foot ferris wheel out back.  That area was not open at lunch (it doesn’t open until 3:00), so I took a photo through the fence. 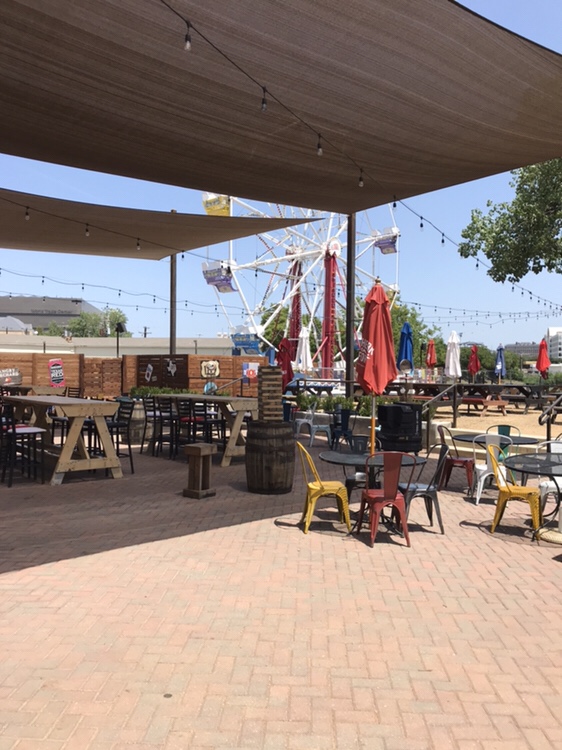 We started with the brisket queso, which my lunch mate had heard was a “must” order.

First thing – they really need to do something about the chips.  They were, very much, like round Tostitos, straight out of the bag.  And the queso, under the brisket, was extremely generic.  It’s basically ball-park nacho cheese on a bag of Tostitos, topped with brisket, for $7.00.  The brisket was good, with nice bark and flavor, but the nachos didn’t do it any favors.  At all.  For lunch, I ordered a combo plate with burnt ends and a cheddar-jalapeno sausage (second one in two days), with a side of green beans. 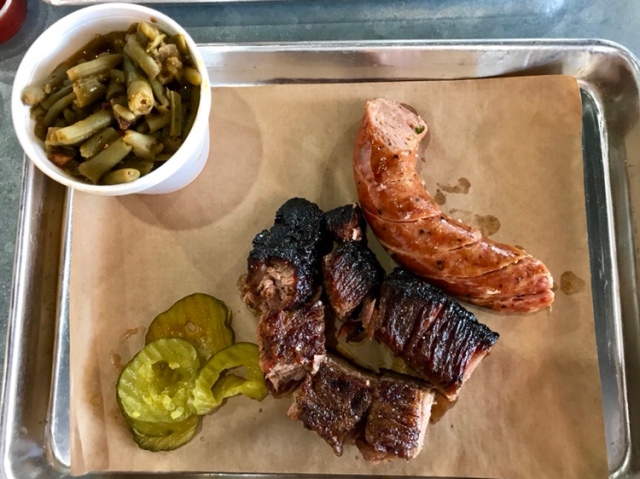 The cheddar jalapeno sausage is made to their recipe by a local butcher, specifically for them, and had a nice “snap” when you cut into it.  And it had plenty of heat, as well.  The burnt ends were very good – tender, smoky and moist, with a nice smoke ring.  The green beans were nowhere near vegetarian, with brisket instead of ham hocks – and that was a win.

After a rocky start with the brisket, the meal turned out to be excellent.