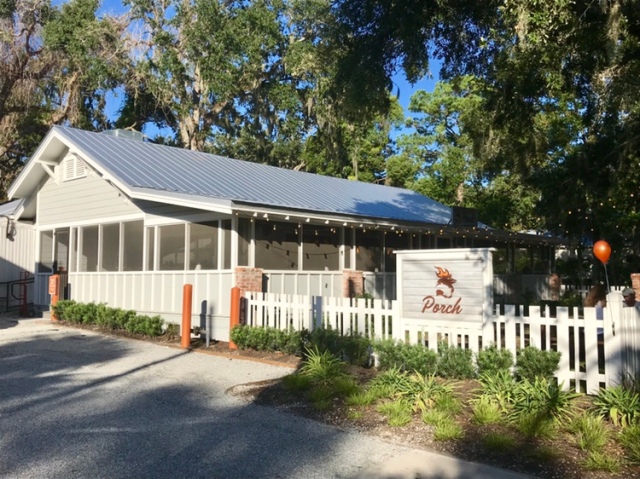 We’ve been going to Saint Simon’s Island since our kids were small. Now that they’re adults, with families of their own, we’ve started going back – renting a house for Labor Day weekend.  One of the big questions is always, “what are we going to do for dinner?”  There are a couple of regular haunts, but we’re always on the lookout for something new. Saturday afternoon, one of the girls mentioned that there was a new place, the Porch, down near the pier that was very crowded when they had walked down that way Friday evening.

I looked on line and found that it had opened earlier in 2017, from the folks behind Palmer’s Village Cafe.  The Porch has brought Nashville hot chicken (in four temperatures) to the beach. We had an assortment at the table, both in proteins and heat content.  I had the fried shrimp, Nashville hot (level 3), with mac-n-cheese and tots.

The fresh wild Georgia shrimp were cooked very well and the “Nashville” designation was on point.  I’d gauge the temperature between medium and hot at one of the Nashville chicken restaurants.  The tots were crispy and the mac-n-cheese was creamy and cheddary (one of my favorite combinations).  One of our sons-in-law had the fried catfish pieces, at the same temp as my shrimp.

The catfish (of which he generously shared a piece) was cornbread battered and had a nice crispy crust on it.  Down the table were grilled shrimp, in a “novice” temperature.  They were deemed “tasty” as well. 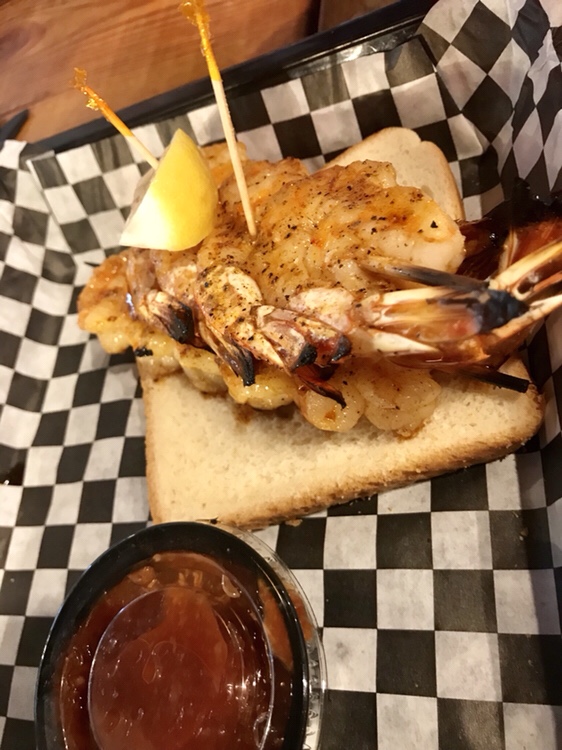 As an after thought, I added a tender, at “Napalm” heat.  It was insanely hot – too much so to be enjoyable.  It’s for those who like to “endure” as opposed to “enjoy” a meal, in my estimation.

And assorted other pieces of chicken at the rest of the table.  It was a good meal and the staff was very helpful at putting together a table for six, inside (it was warm on the porch and we had a baby).  I’d go back.