September 11, 2018 · by willoughbyandy · in Barbecue, Midwest, Oklahoma · Leave a comment 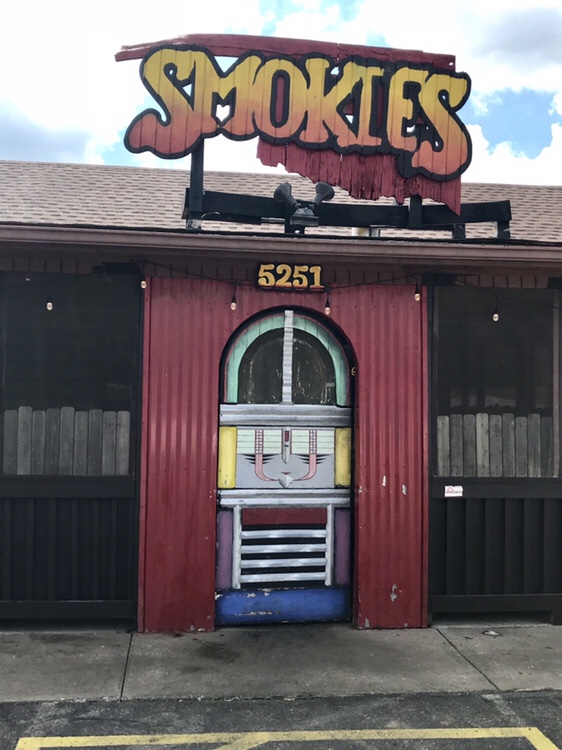 First lunch on this Tuesday takes us to Smokie’s Hickory House, in Broken Arrow, Oklahoma.  We had left Atlanta on Monday afternoon and spent the evening near Conway, Arkansas, on our way to Kansas.  After being on the tollway for a couple of hours, we pulled off in Broken Arrow and went looking for Smokies.  We were heading here from another list – the Garden ‘N Gun BBQ Bucket List from 2017.   The reason for the visit?  Smoked bologna.

We arrived in the middle of the lunch rush, but were lucky and there was an open table, which we took right in front of the service counter.  There were plenty of meat options to choose from – and three sauces on the table:

The Hot Head Country had a nice kick and was the one that I used the most of.  My beloved was mixing the Head Sauce and Sa-mokin.   She went with something different than the bologna I was after – the smoked chicken BLT, on ciabatta bread. 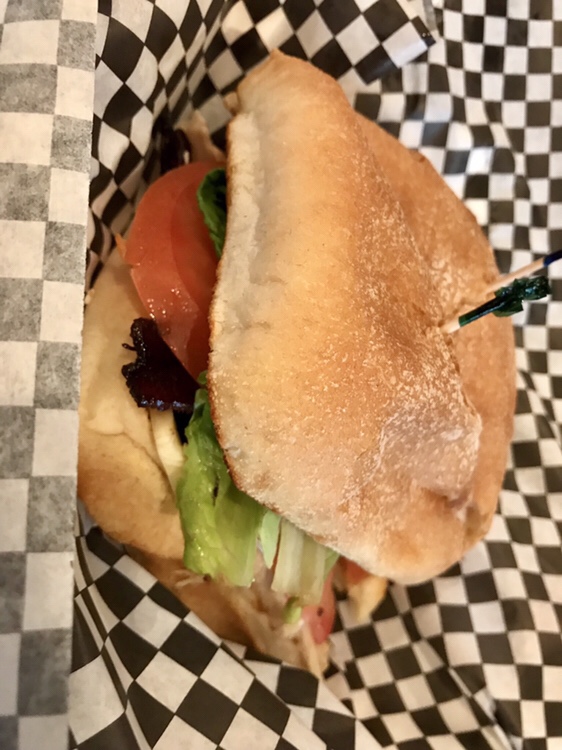 This was an excellent sandwich, by all accounts – topped with house hickory smoked bacon, lettuce, tomato an pepper jack cheese.  I had a two meat plate – bologna and brisket, with sidewinders and atomic cole slaw.   “What are sidewinders”, you ask?  Think about potatoes that are cut into curly fries, but cut them thick like a steak fry.  And there you have them.

Knowing that I don’t care for cole slaw, I ordered the atomic slaw for my bride, the BBEEAST (the Burgers, Barbecue and Everything Else Awesome Slaw Taster).  What made it atomic?  The habaneros and jalapenos inside – she said it was definitely hot, but still good.  It likely would have been better with a little less heat.  The bologna was cut into strips and had a nice smoke to it.  The brisket was nothing to write home about (or on here, either).  The sidewinders were excellent – maybe one of the best potato sides I’ve had in quite a while.  They really made this meal.