November 24, 2018 · by willoughbyandy · in Barbecue, Southeast, Tenneessee · Leave a comment 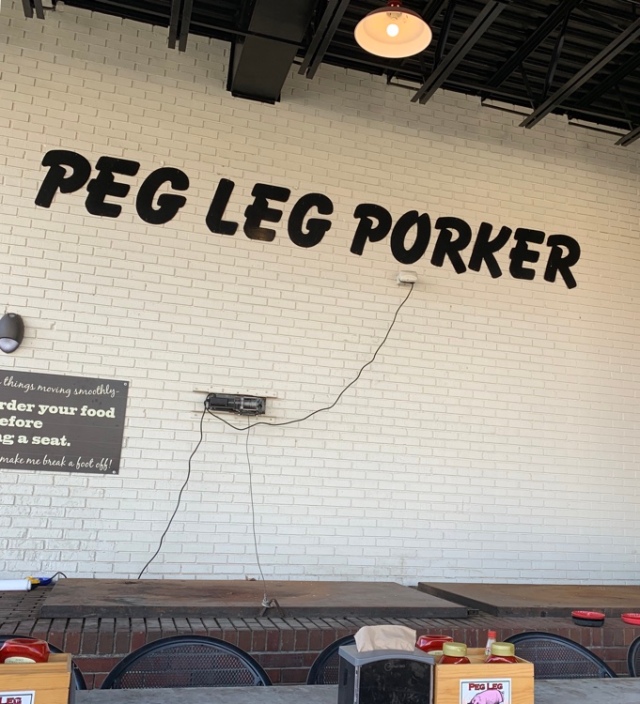 The Bringles had been catering barbecue for about five years when they opened Peg Leg Porker, in the Gulch area of Nashville, back in 2013. On the last several trips to Nashville, I have had them on my list, but we hadn’t had the chance to swing by for a meal (pressing hot chicken needs, most often prevailing).  On this Saturday, we were downtown for lunch, on Thanksgiving weekend, walked in for lunch and happened to find a lull in the crowd. 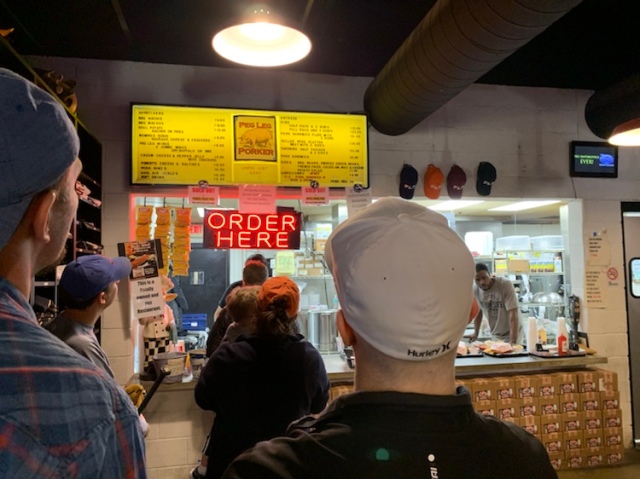 It was “rivalry weekend” and Tennessee was at Vanderbilt, so we were avoiding that end of town for the afternoon.  But there were plenty of fans there watching the game.  It’s a traditional barbecue place, where you order at the counter and then take a seat.  There are VERY CLEAR instructions on that sequence on every wall.  Interestingly, you order (almost) anything you want to eat or drink, at the counter above.  But all “adult” beverages have to be ordered from the bar at the other end of the room – either inside or outside.  The picture below is the inside bar. 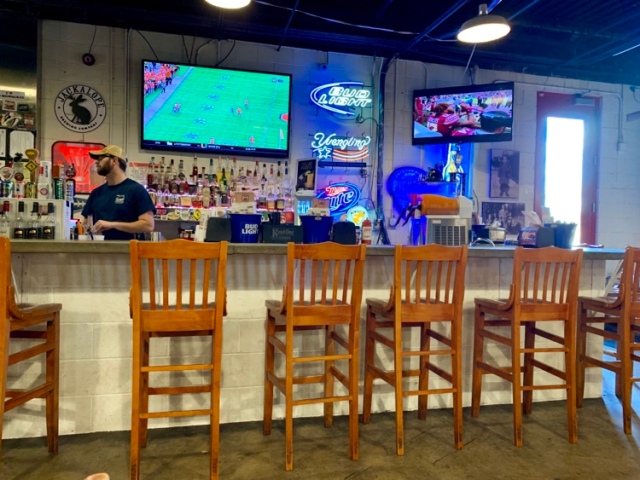 There were about five folks ahead of us when we ordered, and there were easily thirty in line by the time we received our food – that was the lull I mentioned.  We ordered a pulled pork sandwich,

which is served “Memphis-style”, topped with slaw.  The sandwiches are served with their house sauce, which is a little sweet, with an appropriate amount of spice.  The pulled pork was very good – smoky and tender.  They also have a “hot” version of the sauce, which is only available from the counter.   We also ordered a rack of ribs, with sides of smoked green beans and mac n cheese. 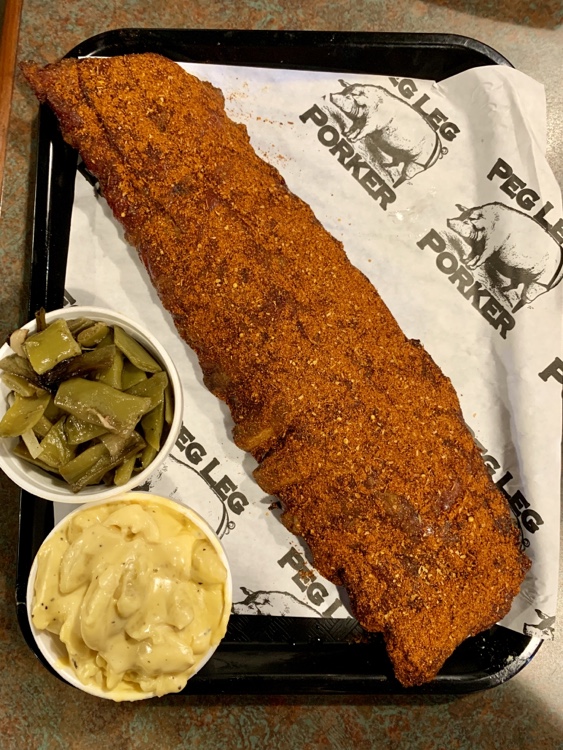 These were, by far, the best Memphis-style ribs that I’ve ever had, outside of Memphis.  They may even be better than the ribs at Rendezvous.  The dry rub was perfect – the meat needed no sauce and it pulled off the bone with just a tug of your teeth.  The smoked green beans were slow cooked, to that almost-falling-apart-stage, and full of smokey flavor.  I know of a  couple of places that have an add-on unit attached to the side of their pit or smoker that pulls smoke off the fire and coals and adds a smokiness that you can’t get just any other way.  The mac-n-cheese was very good, as well.  They say, on their site, that they make all their sides from scratch, and source their breads and produce locally – it certainly tastes that way.  While I was getting our teas, 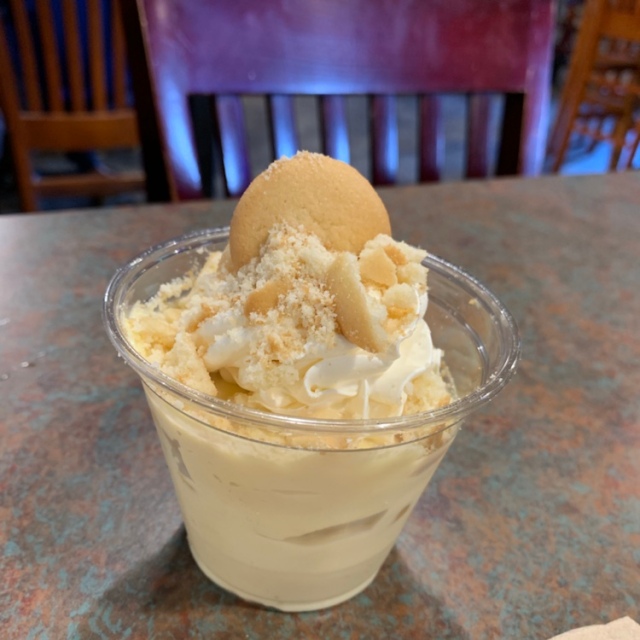 my beloved slipped back to the front of the line and ordered a banana pudding, which she shared.  We took turns with our spoons digging into desert, even before we finished eating the ribs.  I can see why they’ve won the awards and why everybody has been talking about the ribs.  It’s the best barbecue that we’ve had in Nashville.