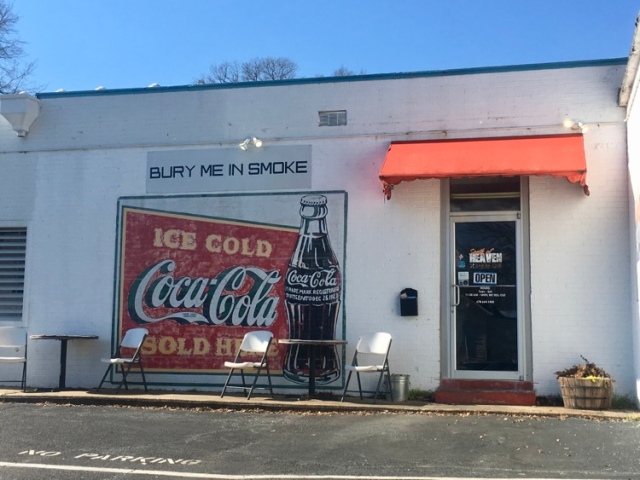 On a random Saturday at home, we decided to head west to Carrollton to do a little shopping.  As we pulled into downtown, I recalled that some friends had told us about a new (less than a year old) barbecue place that had opened there.  After a brief consult on choices, we decided to give it a try.  Attached to the back of a laundromat, South of Heaven BBQ took over the space that had been occupied by a local barbecue joint for the last decade, or more. 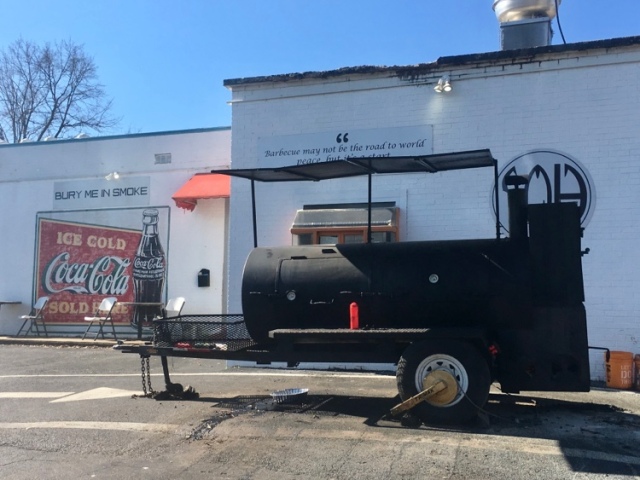 We parked around back (where the wood pile is located below) and past the former drive-thru window (where the smoker sits above) and into the small space.

In addition to the door from the parking lot, there is also a door entering from the laundromat.  (The shared bathrooms are also in the laundromat.)  There are a small number of tables and you order at the doorway to the kitchen. 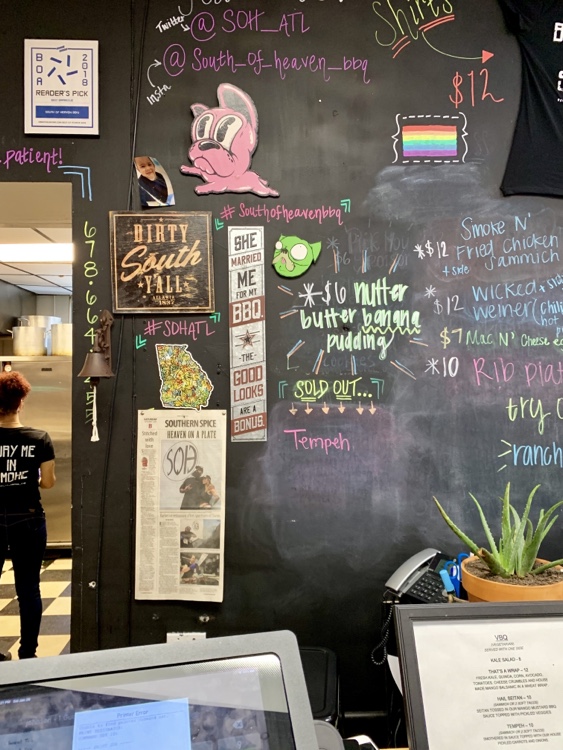 The menu is un-complicated, with sandwiches, side, wings, taco and nahos with daily specials.  In addition to  traditional barbecue options, they offer several vegan / vegetarian choices.  This Saturday, they were out of the tempeh, but my beloved ordered the kale salad, with a side of cole slaw. 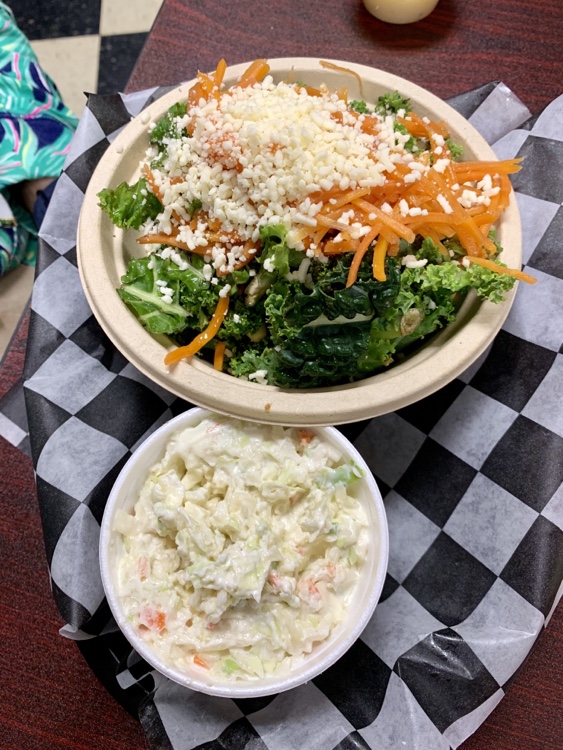 She liked the salad so well that she ordered a second to take home for dinner that evening, so they are definitely doing something right on that front.  It was a simple mix of kale, greens, carrots and feta, but very fresh and crisp.  I ordered a chopped brisket sandwich, with waffle fries.

Husband and wife Judd and Kate Foster have been cooking ‘cue together since shortly after their wedding in 2015, focusing on catering in metro Atlanta.  When this space opened up in Carrollton, they took their business to brick and mortar.  The brisket was well smoked and plentiful.  Even though it was chopped, it had enough of the fatty side of brisket to avoid it being a “dry” sandwich, without sauce.  I also ordered a rib plate (the daily special).

with mac-n-cheese.  The smoke ring on the ribs was excellent and they were tender and pulled from the bone with the slightest tug.

I can’t wait to get back to Carrollton to try something else.