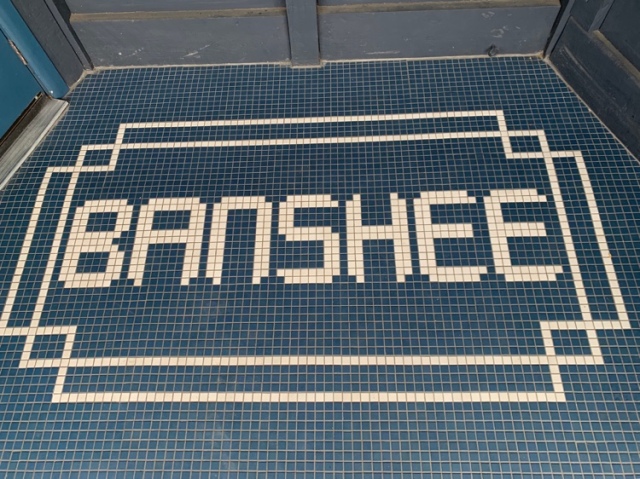 Several months back, we were out and wandering about and I was shopping for snap button shirts.  We were in a vintage shop in Decatur and I was discussing the challenge of finding vintage Wranglers and Rustlers with another gentleman (we were both wearing and looking for the shirts).  Turned out, the other shopper was Robert McDonald, owner of Holy Taco and One Eared Stag.  Once that was out in the open, the conversation turned to  great places to eat and he mentioned a new spot, Banshee, that had opened in East Atlanta Village.  He was very impressed with the food they were turning out and I added it to my list.  Last month, my beloved sent me a link she had found about a new restaurant she had found and was interested in – the one and the same, Banshee.  A reservation had to be made. 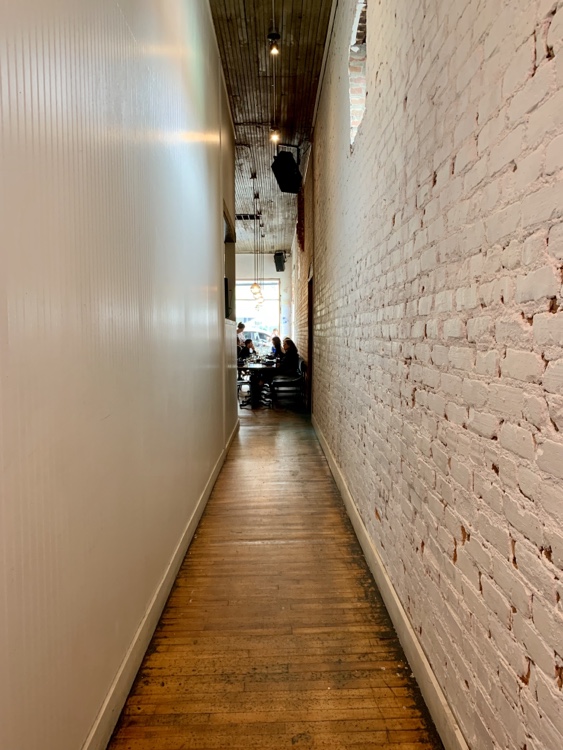 A month or so passed, and I made early reservations for an upcoming Saturday evening.  According to their “about” story, their desire was to use locally sourced ingredients, sustainable practices and to create an atmosphere that was unique to the city.  I’m not sure about the “uniqueness”, but the interior, designed by Elizabeth Ingram Studio (the company behind Beetlecat and Golden Eagle), is very contemporary.  Maybe even “hip”. 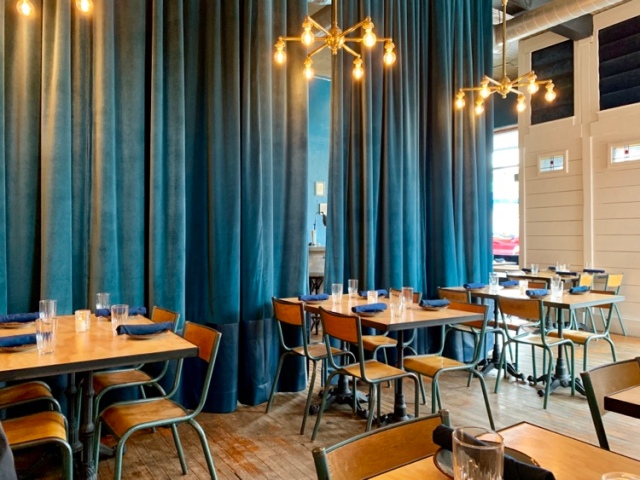 We started with a ravioli in a tomato basil sauce, with bacon crumbles and micro greens. 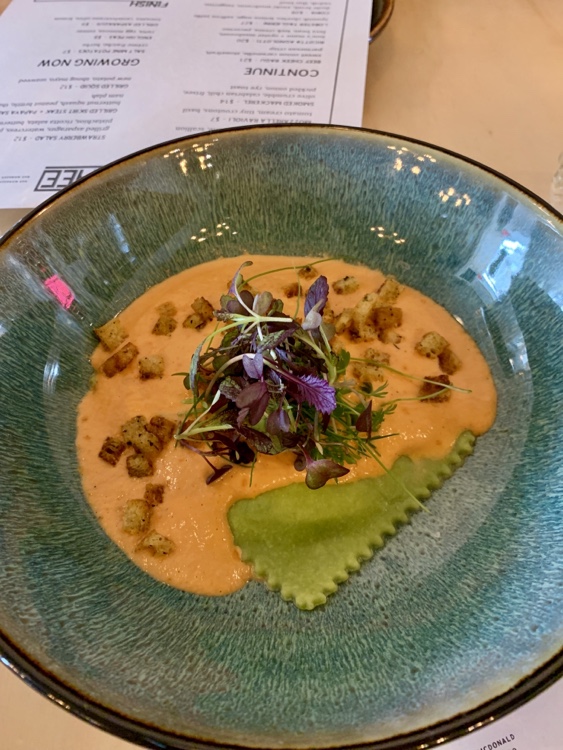 It was like the perfect bowl of tomato basil soup, with bacon added.  How could you make tomato basil soup better?  Isn’t it nearly a perfect soup?  You add bacon.  And the ravioli, like all of the pastas on the menu, are made in house.  We ordered a side of the salt mine potatoes for the table, served with creme fraiche and watercress.  The potatoes were moist and tender on inside and crunchy on the outside.  So crunchy, in fact that when we asked and were told that they had not been fried, we were surprised.  My beloved ordered the ricotta agnolotti, with lion’s mane + oyster mushrooms, fava beans, a leek crema and pecorino. 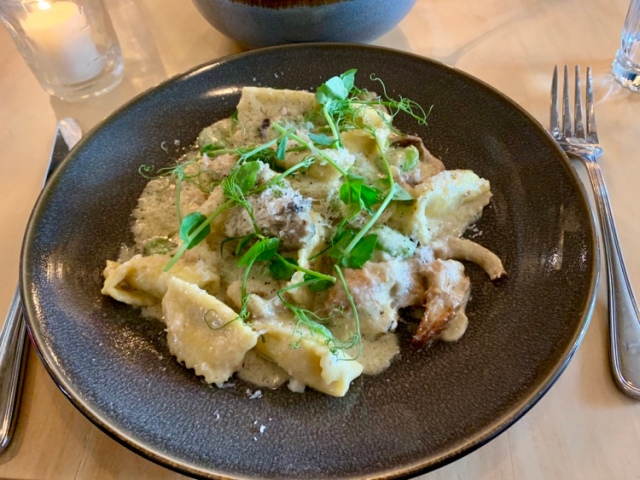 Being a big fan of mushrooms, this dish was right up her alley and did not disappoint.  Not being a “fun-guy”, I passed on sharing a bite, but she declared it delicious.  I chose the pork osso buco, with a Szechuan glaze, served with broccoli and topped with sliced almonds, atop a black bean sauce. 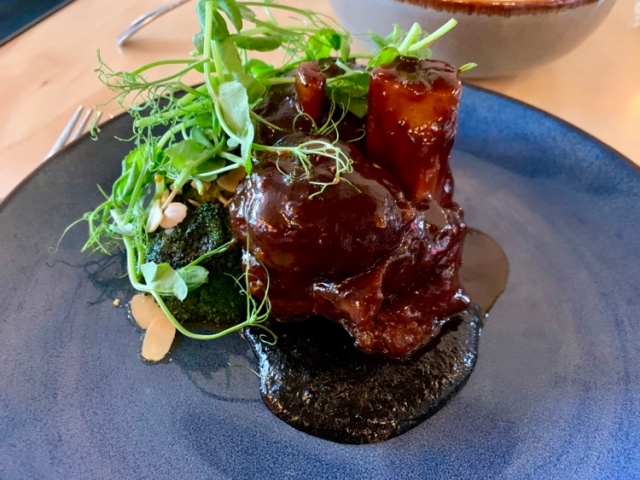 The pork was fall of the bone tender and the Szechuan glaze had the perfect amount of sweet heat.  The prices were reasonable (not cheap, but reasonable), the food was beautifully presented and exceptionally tasty and the vibe was East Atlanta cool.  Hard to beat for a night out.  The only caveat is parking.  It is limited and several of the close-by lots are dedicated to other venues and will boot you in a heartbeat.  Be careful when you park.  But go.