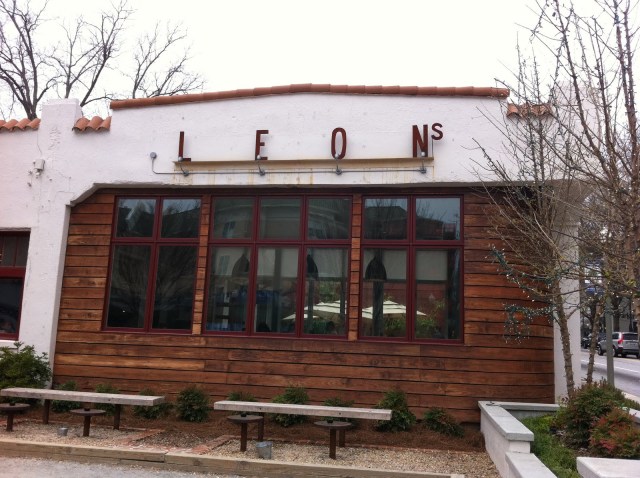 I first heard about Leon’s Full Service in an article in Atlanta magazine in 2010 about “Cheap Eats” and they were going on about the selection of pub frites.

Then a lawyer friend told me about this place in Decatur that served bacon, by the glass.  By the glass, you ask?

Yep.  With a side of peanut butter for dipping.  How in the world they came up with that combination, I’ll never know.  I don’t think it’s the kind of thing where you’re sitting around and trying to decide what sandwich spread goes best with breakfast meat.  I guess it is just serendipity.

How is it?  I don’t know.  I don’t eat peanut butter.  I had gone to lunch with Jo and Colleen, so I turned to Colleen – she didn’t eat bacon at that time.  So we turned to Jo to give the verdict on the combination.  According to her, it was a winner.

I will say that it was pretty tasty bacon.  But then, you have to ask the universal question – “Is there really such a thing as BAD bacon?”  I believe there is good bacon, better bacon and great bacon, but, intrinsically, there is no bad bacon.  Just good bacon prepared poorly.

I did order a burger with their pub frites. 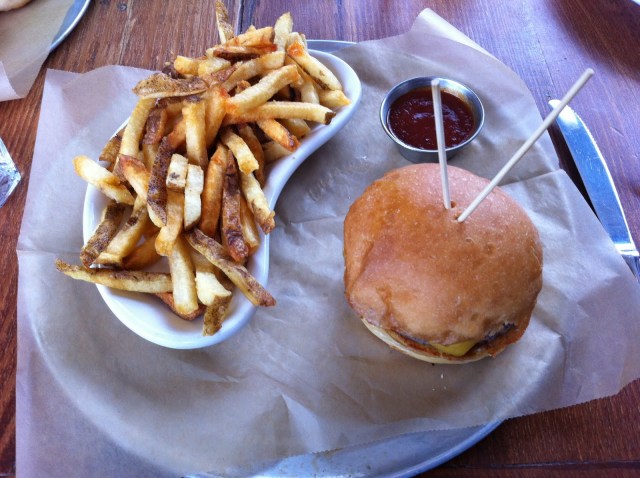 The burger was good.  The fries were excellent.