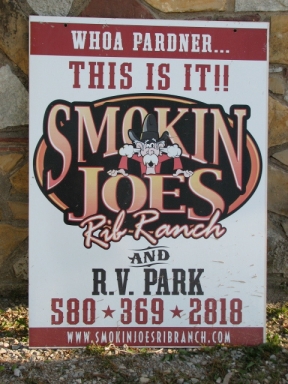 Okay, on to one of my favorite barbecue joints in the universe – Smokin’ Joe’s Rib Ranch.  Let me go ahead and say this – I am biased towards this place.  The only times I go, I’m bound to be with my favorite people.  And these pictures are from visits in both 2010 and 2011. 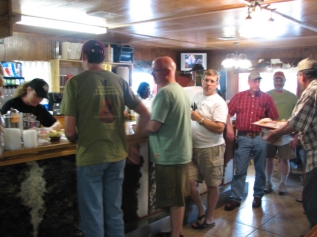 I heard about this place from this bunch of guys before I went.  They raved about the weekend ribeyes.  First we went on Thursday night.  Here are some of the guys (including me) in line, waiting to order.  It’s quite a simple place.  Actually built in front of an RV park.  A couple of big tables and some small tables inside, picnic tables on the porch and in the side yard.

To the food – other than Friday or Saturday night, I’d say order the ribs. 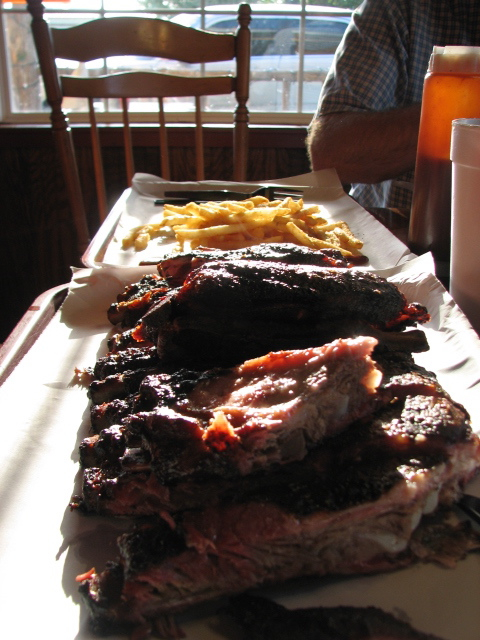 This is the rack of ribs and fries that Jo and I shared the first time that we ate there.  To put this in perspective, that’s a lunch tray underneath the ribs. 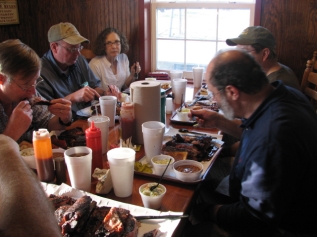 These are among the best ribs that I’ve ever eaten. Meaty, moist and tender.  Jo says they are the best anywhere, and they’ve, frankly, ruined ribs for her anywhere else.  Note that everyone at the table is eating ribs.  There’s a reason for that.  Only one of which is that it is Thursday.

The reason I said not to order the ribs on Friday or Saturday night, is because that is the night that they barbecue ribeyes.  $19.95 gets you a (minimum) 16 ounce ribeye, barbecued, with two sides. 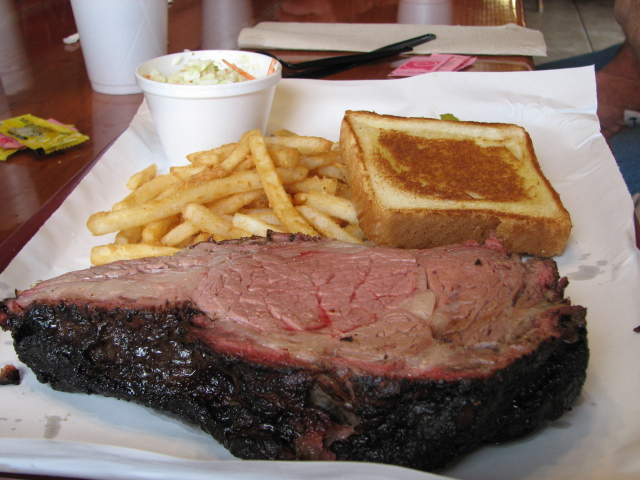 Here’s mine from 2010.  I’m estimating it was closer to twenty ounces.  This thing is off the charts.  One of the guys had one that was twenty-eight, if it was an ounce.

One more picture, of a Saturday night meal.  I believe that you can only eat SO many ribeyes, so this night it was the best of both worlds: 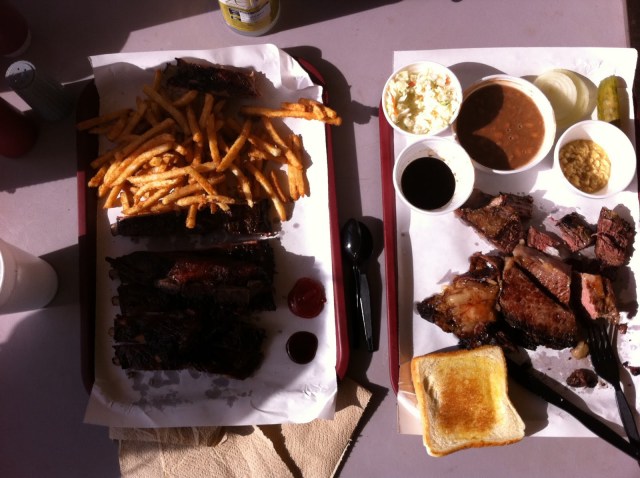 Ribs on the left, ribeye on the right.

Can’t wait until next year.