When I had a few hours to kill in suburban Midland-Odessa, TX, my thoughts immediately turned to “what’s for lunch?”  Several months back, I discovered the Texas Monthly BBQ app so I consulted the Oracle for food choices, in terms of distance from MAF.  The app is fairly straight forward and I looked for the closest place with a review that didn’t suck.  Being Texas, the closest place was 46 miles from where I was.  But it was at least in the right direction.  Odessa is 10 miles from MAF, and as I headed that way, Pappy’s Bar B-Q got closer.

There were several places listed in Odessa or Midland, but none of them had reviews within the app.  Since I was on I-20, and Monahans was on I-20, and I had three hours before my meeting, I drove the half-hour further West. 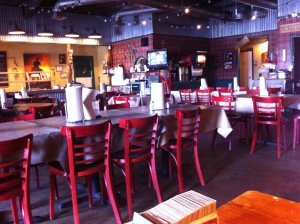 When I pulled up, a little after 11:00, I was underwhelmed.  It looked a lot like a Bob Evans.  I went inside and my “whelm” level didn’t rise.  There was a steam table on the left side with tables and booths filling the rest of the space.  Old western movie posters on the walls.  And two other people there.  Not the best sign.

I decided on a three meat sampler.  When he reached under the counter and pulled a slab of sizzling brisket out of the warming oven and started slicing, my hopes raised.  Then he reached into the next oven and pulled out a slab of ribs (narrowly averting dropping a whole rack on the floor with a deft move of the fork in his left hand) and sliced off an end – they looked pretty good, too.  Then he pulled out a smoked sausage and started slicing that, too. 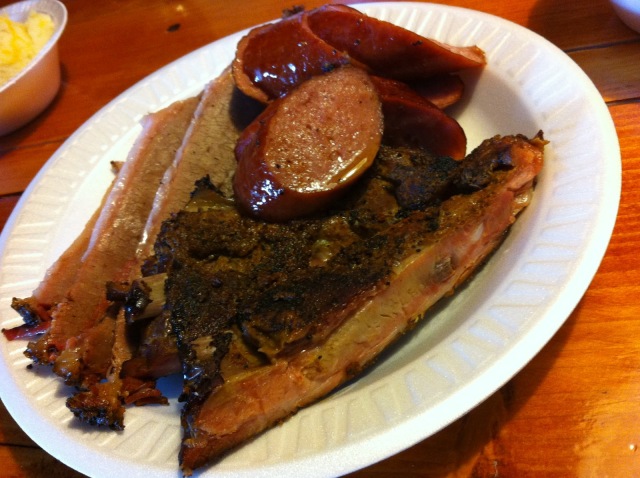 The brisket was okay.  The ribs weren’t very good.  The smoked sausage was the best thing, but wasn’t stand-out.

This barbecue is NOT at Pappy’s..

(These Oklahoma folks can show those Texans a few things about beef barbecue!)

The highlight of the visit to Pappy’s, was actually the sign for their drive-thru that I saw as I was leaving.  I had to pull over to take the picture.