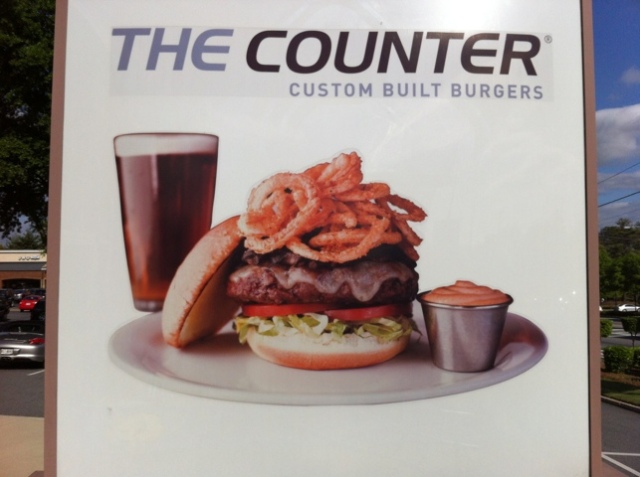 Before we headed over to Good Friday Atlanta, this seemed like a good chance to sample the Counter. I had heard the Counter mentioned several times in the last year, but we rarely get to Roswell to eat. Tonight, as our destination was about five minutes away was the perfect opportunity. 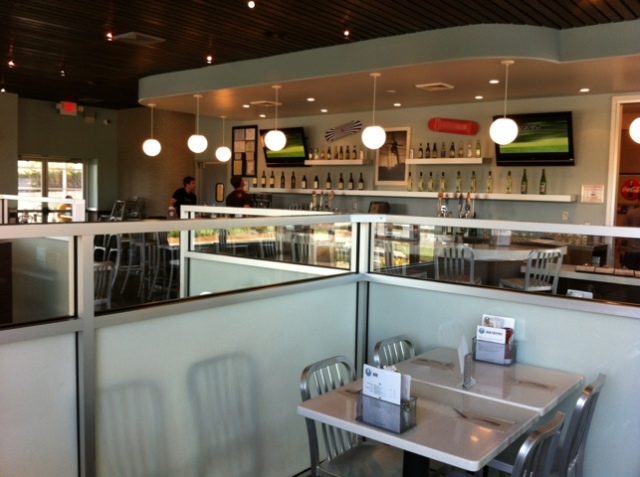 I didn’t realize until I visited their web page that the Counter is actually a California-based chain that started in 2003. The format is simple – build your own burger. They even give you a checklist from which to work – burger (beef – turkey – chicken – veggie – “market”) / cheese / toppings / sauces / bun and multiple options for each (according to the menu, 312,120 options, to be exact.) 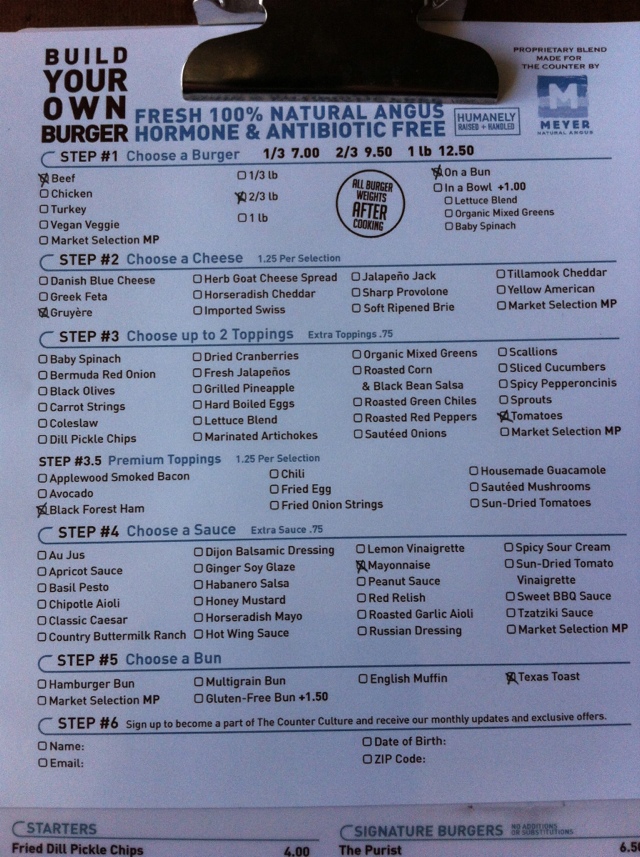 Before the burgers, we started with fried pickles, served with an apricot sauce. I’m not a pickle guy, but the girls at the table finished off the plate, so they must have been okay . 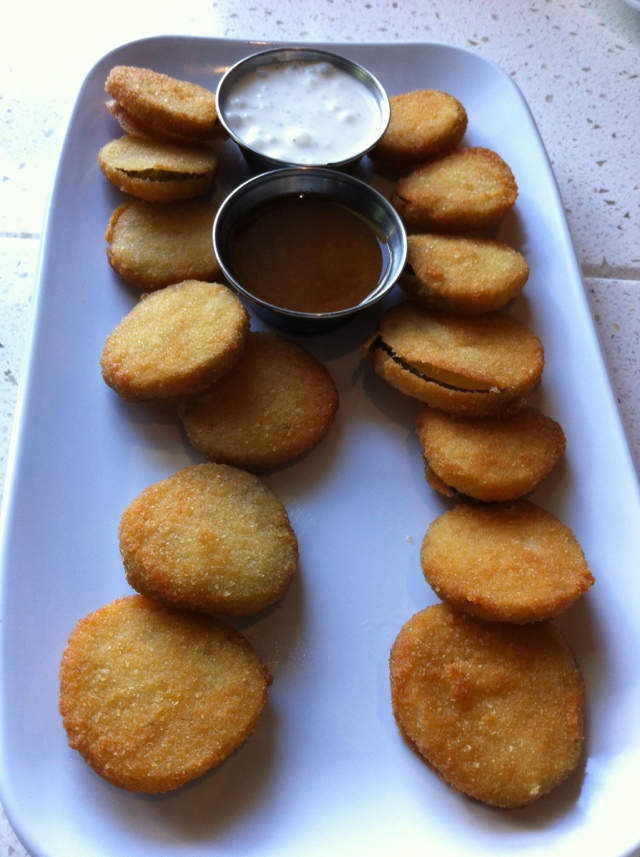 Then came the fries. This was a single order – it was plenty for the table. The fries were good – skinny like Steak ‘N Shake, served hot. 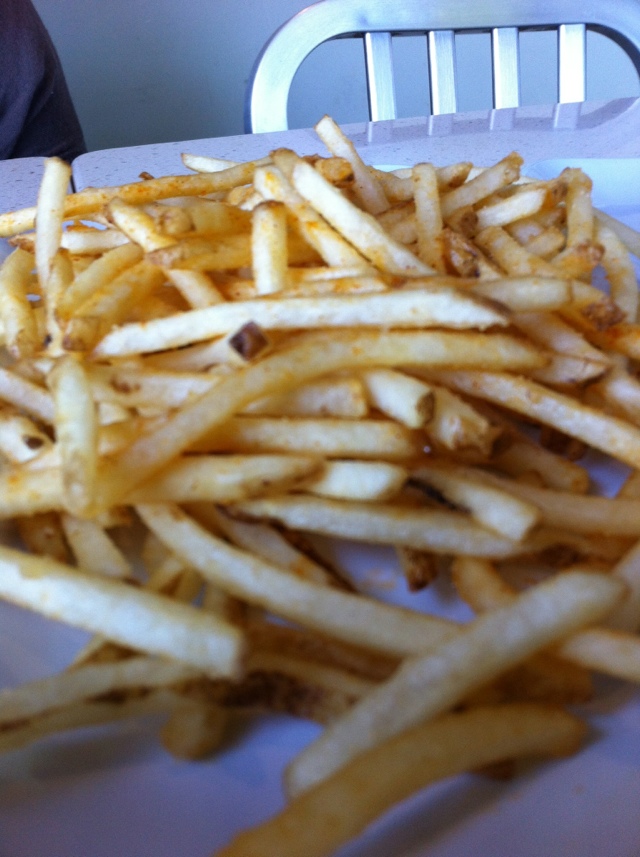 And then came the burgers. Jo had a turkey burger. We should have realized when the waitress explained that it was a 60/40 mix of white and dark meat, that it wasn’t going to be a Yeah burger. It was edible, but that’s about the extent of it.

Madison had a chicken “burger”. It really wasn’t a burger, per se, but she said it was a pretty good grilled chicken sandwich, with buffalo sauce on the side. 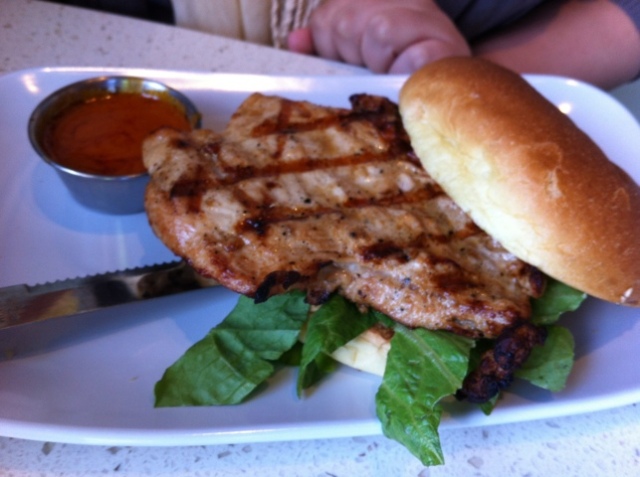 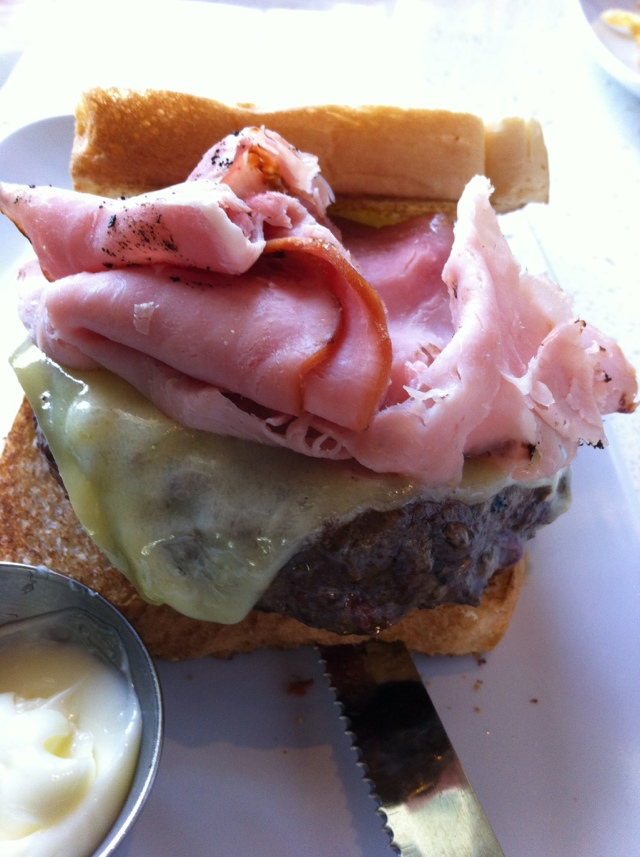 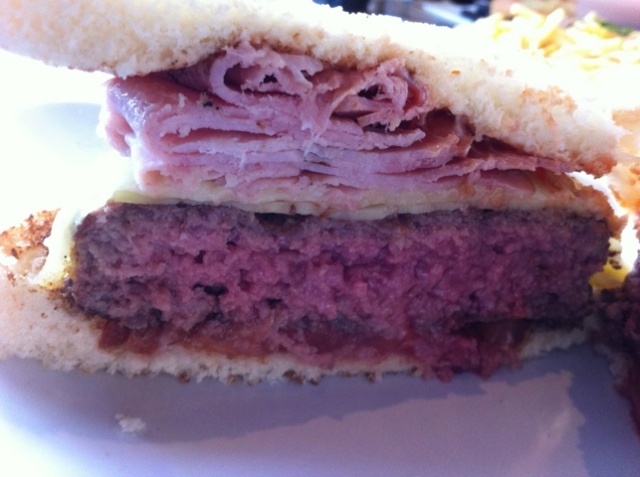 I asked for it medium and they cooked it just as I requested. It was a really good burger. My only complaint? It was really pricey. My burger, alone, topped out above $11.50, and that’s steep, at least in the Atlanta market.

The highlight of the meal was the milkshake. Apple Crumb Caramel. Imagine a really good apple crumb cake. Then throw it in a blender with wonderful, glorious, vanilla ice cream. Put it in a glass and cover it with whipped cream. Then serve it to me in that glass with the largest straw I’ve ever seen. This sucker (pun intended) was the diameter of those giant Pixie Stix they had when I was a kid. (Do they still have those? Easter Bunny, are you listening? Hint. Hint.) 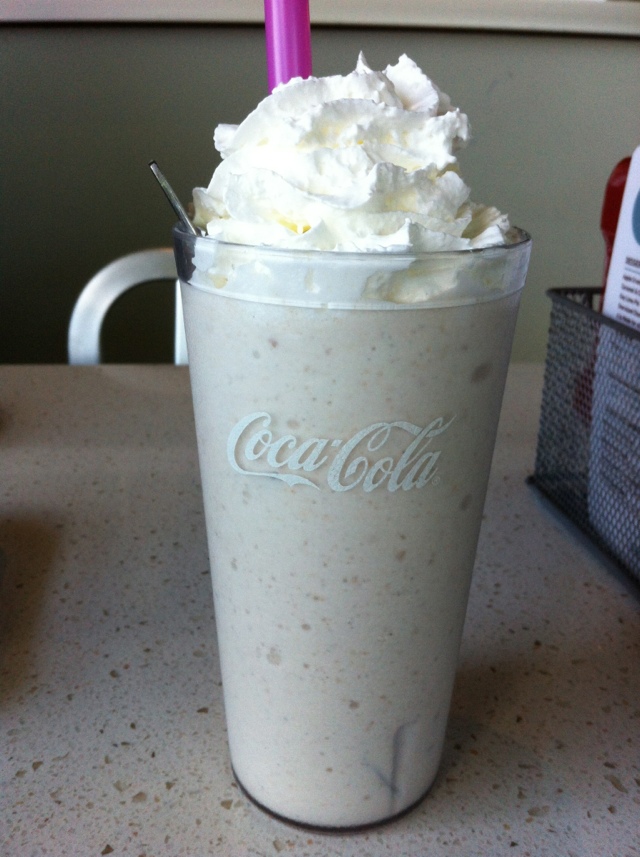 This shake gives the Krispy Kreme shake at Flip a run for the money as my favorite in town. It was awesome.