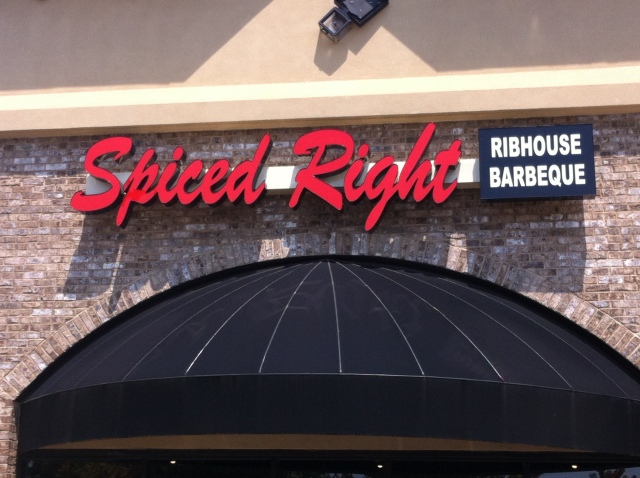 Eons ago, when my office was in Stone Mountain, I used to eat at the Spiced Right location in Lawrenceville.  It was part of a regular rotation with Matthews Cafeteria (along with several other places that no longer exist).  As the office moved north, first to Norcross, then to Duluth, Spiced Right grew further from my mind AND further from my desk.  When one of my co-workers mentioned that a Spiced Right had opened in the former Shane’s Rib Shack on Lawrenceville-Suwanee, I knew that I’d have to give it a try.  Today was the day.

The original location was little more than a trailer that had been added onto several times.  I remember going for the AYCE barbecue lunch buffet.  Hoping, beyond hope, that buffet would exist at this location today, I wasn’t surprised (but slightly saddened) when I saw a counter where you placed your order.   And a menu on the wall. 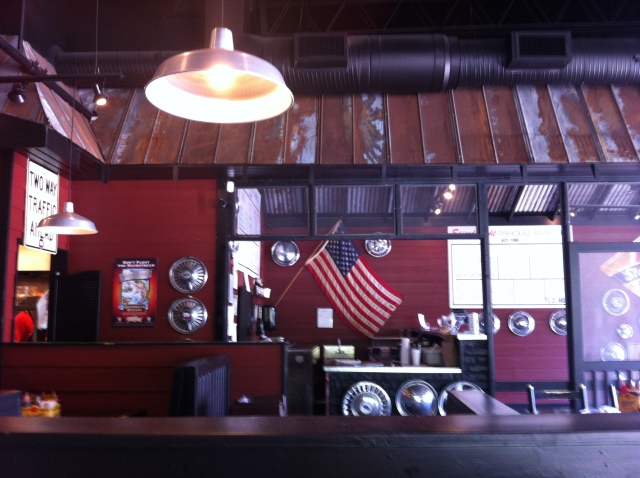 You can tell that this place used to be a Shane’s.   The interior decor is similar, and decorated with signs that look like they were bought when a Cracker Barrel went out of business.  (The one vestige of Shane’s that I like is the giant “mud-room” sink outside the bathroom where you can wash off all the barbecue sauce).

On to lunch today.  I decided on a combo with pulled pork and ribs, along with corn soufflé and french fries.  They have two sauces – regular and hot.  The regular is so cloyingly sweet that it should be labeled as a sweet sauce.   The hot was the same sweet sauce with a bunch of pepper flakes in it.   The hot was the better of the two, but I ate the ribs dry anyway, and the pork was moist enough that it didn’t need much sauce.  I mixed a couple of the sauces and put some of the pork on the white bread. 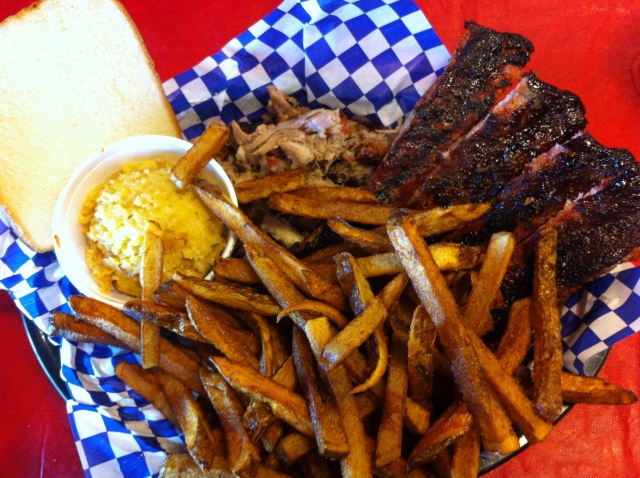 The pork was very tasty – a little bit of smoke taste and not dry at all.  I really enjoyed the corn soufflé.  It was like gooey sweet yellow cornbread, with whole kernels of corn. 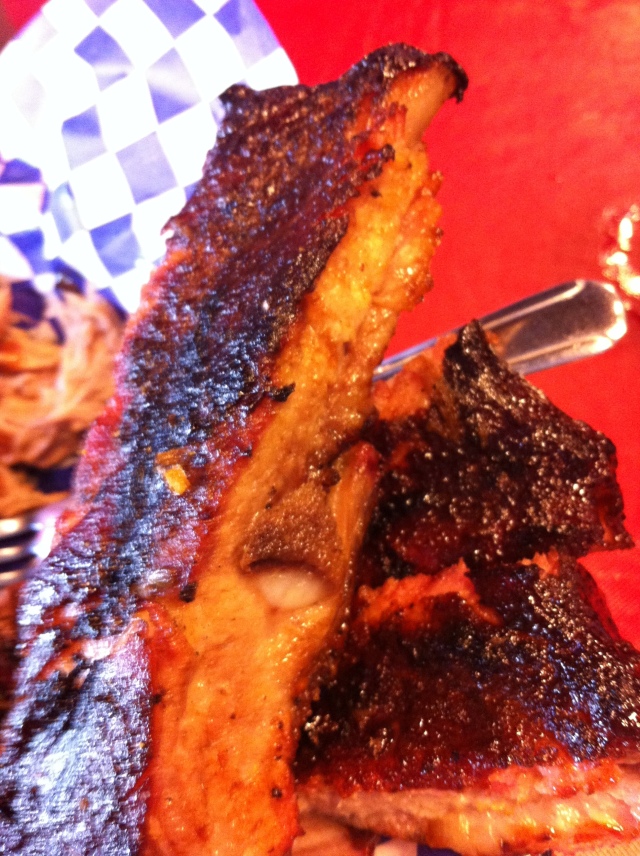 Flavor-wise, a couple of bites were exceptional but overall they were very greasy and the aftertaste was more of smoke than of meat.  The french fries were thick-cut and skin-on, and the medium brown color like you get  at Five Guys or Hudson’s Barbecue.

This would seem like the ideal place to get a pound of pulled pork to take home and have for dinner when you had a sauce that you already like.

I’ll definitely go back there, have a pork plate and be okay with it.