Several weeks ago, a friend of ours from Journey Group told me that we needed to try out John’s Biscuits & Pizza.  With a name like that, how could it be a bad choice?  Sure, you wouldn’t (probably) want biscuits and pizza together (I don’t know that I’ve ever tried it), but, separately?  Two perfectly acceptable choices. 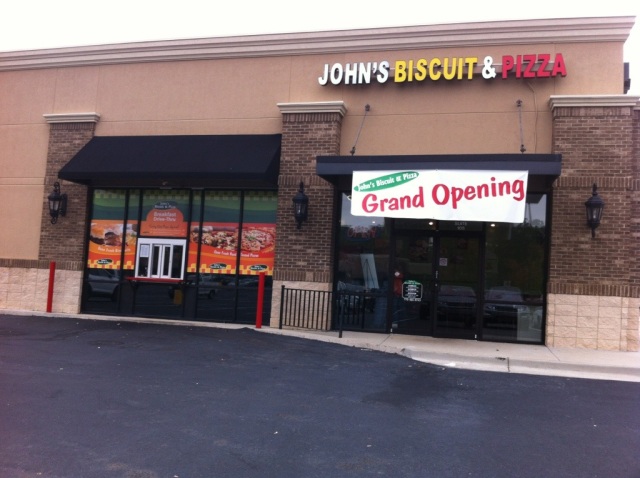 On the way to the Booth Museum, for the Cowboy Festival and Symposium, I decided that this morning would be the best time to try it.  I pulled into the strip mall late-morning (around 9:30) and the place was fairly quiet.  There was one car in the drive-thru and no one inside when I walked up to the counter. 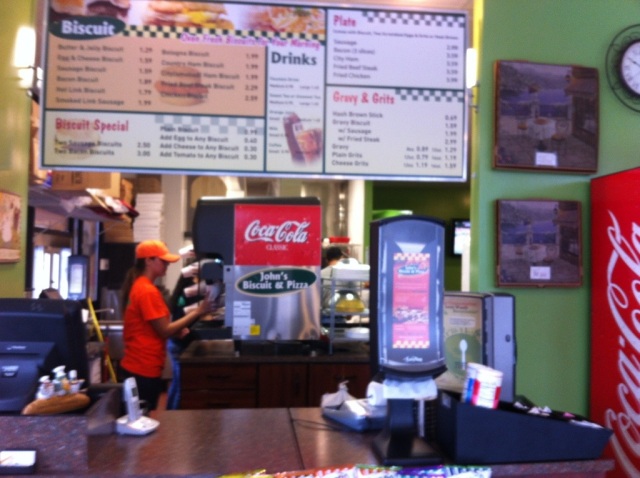 As you can see, the menu is straightforward – biscuits and pizza.  The young lady from behind the counter was eager to help and answered my questions.

“Yes, the biscuits are made from scratch.” (You can see the young lady making them in the photo above.)

“The pizza IS good.”

I pondered the choices for a bit, then ordered a bologna and cheese biscuit.  Why bologna and cheese? I don’t know, but it’s been one of those weeks. On Thursday night, I was meeting a friend at Fox Brothers and the special was a smoked, thick-sliced bologna sandwich with pimiento cheese, Fritos, onions, pickles and mustard-y barbecue sauce.  Bologna, generally, reminds me of being a kid and eating bologna and cheese sandwiches (on white bread) for lunch in the summer.  Maybe I was recapturing my childhood.   Maybe I just wanted bologna. 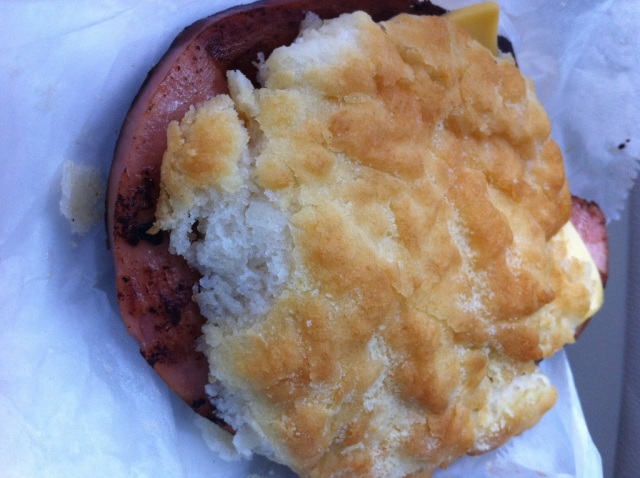 The bologna was thin-sliced (like an Oscar Mayer slice) and griddle fried, then slapped on a biscuit with American cheese.  The bologna and cheese wasn’t the best choice, but the biscuit, itself, was wonderful.  It was thin, and buttery and flaky.

But I’ll get back by there, soon, and try something else.