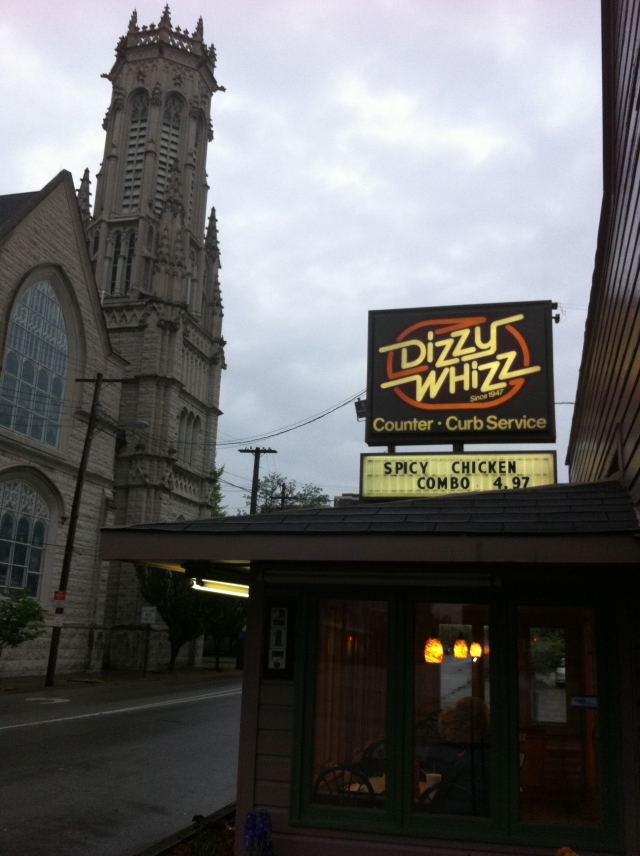 On the way home from the track, I was starving – the mozzarella and tomato sandwich from noon time was long gone.  As we were getting back on the road, I remember having seen the sign on I-65 for Dizzy Whiz (since 1947).  I searched for their address on my phone and we headed in that direction.  As we arrived, the first challenge was where to park.  I drove in on what appeared to be a one way road (the wrong way – no less) and all of the parking was in a lot behind the restaurant (there was no parking in front as the restaurant extended to the curb).  I had intended to run in and grab something, but since it was raining (again) and they did offer curb service, we pulled up underneath the awning. 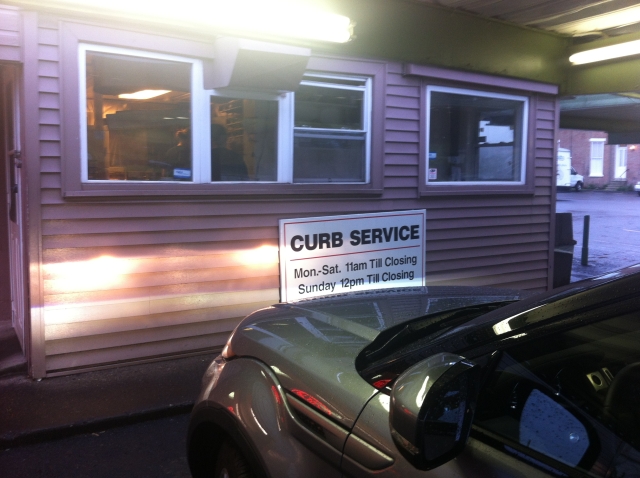 Reading about Dizzy Whiz on their web site, I couldn’t help but be impressed with the place – their 22 employees have almost 300 years of work experience there – quite a feat in this modern world, particularly in fast food.

The server (the young lady in this photo) walked up to car to take our order.  Being oblivious to most things, I ordered a Whiz burger as I always do (ketchup, tomato and light mayo) and she asked, “so you don’t want the Whiz sauce?”  “What is Whiz sauce?”, I asked.  She described it as something close to tartar sauce.  I’d never heard of a burger with tartar sauce, nor was I sure that it sounded particularly great.  Jo, being a trooper, said she’d take the Whizz burger “as-is” and I ordered one without the odd sauce.  A few minutes later, the server brought out a bag, with coupons attached and a Diet Coke. 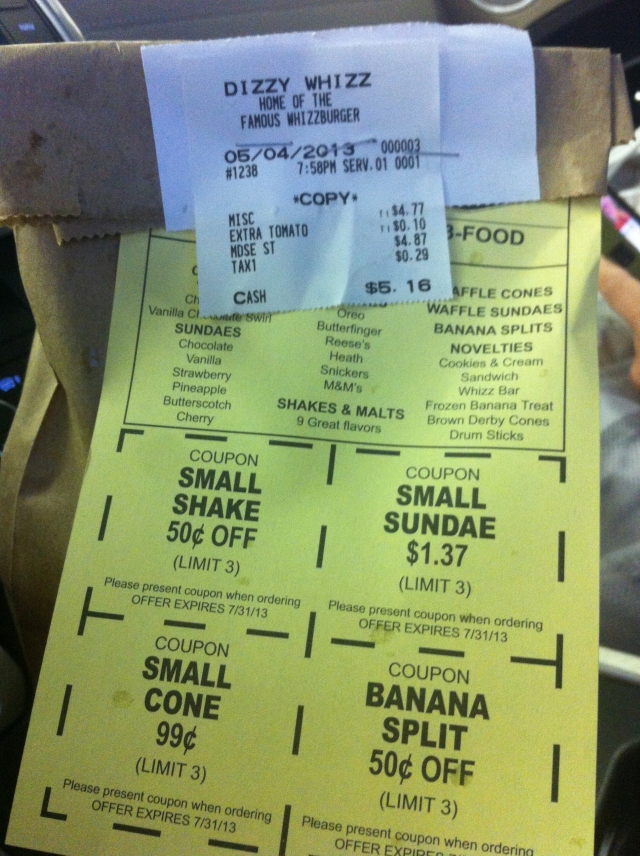 When the bag was opened, there were two burgers wrapped in was paper, one of which was the Whizz Burger below 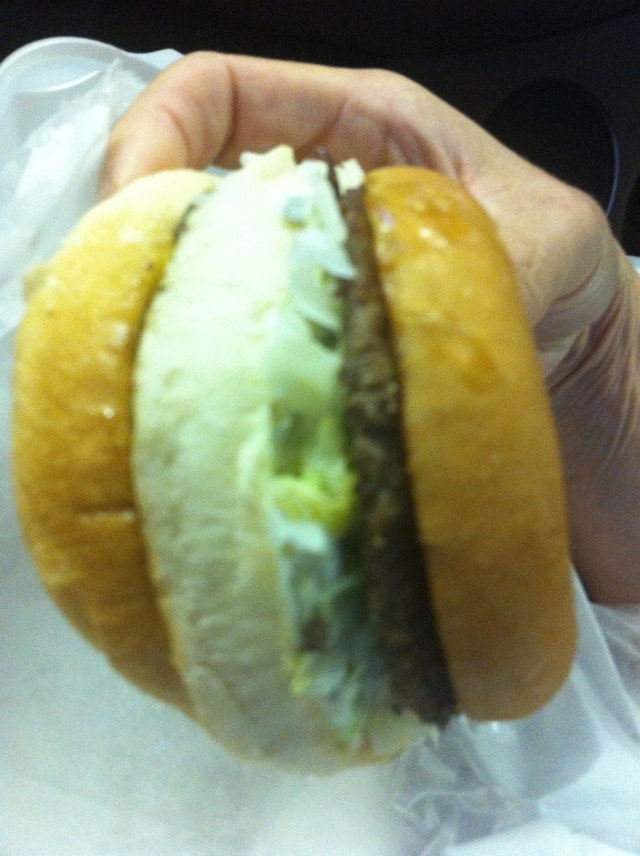 All I can say is that the addition of tartar sauce and thinly chopped lettuce to a cheese burger didn’t improve the burger, at least for me.   But the other burger, served on squishy white bread, did take the edge off of my headache.