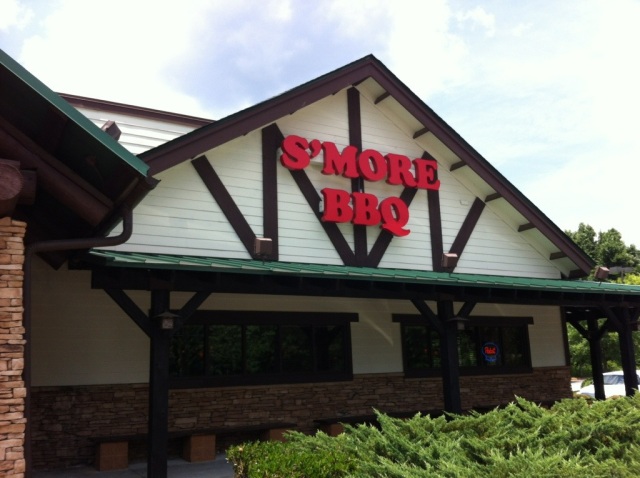 On the site of a former Smokey Bones, S’more BBQ opened some time last year over by Arbor Place Mall.  We had driven by there several times but never had the occasion to stop.  Today, when we had no other place to be and needed to grab a quick bite, we pulled in.

If I had looked on Urbanspoon and seen the rating (59% at the time I write this), I likely would not have gone.  When we arrived 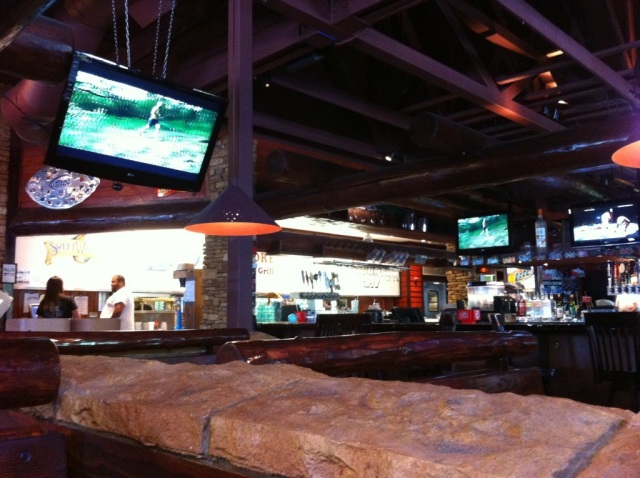 at mid-afternoon on a Saturday, it was fairly empty.  There was no one seated at the large bar.  There were only people at three or four of the tables.   We walked up to the hostess stand and were seated, then we waited for a server.  We also waited for our food.  And waited on refills for our drinks.  It’s hard to believe that a place that empty would still have slow service.

The menu is incredibly varied for a place with BBQ on the side of the building, but their sign at the street DOES says S’more Bar & Grill.  Good thing, because my beloved wasn’t in a barbecue mood, so she ordered a club sandwich with tater tots. 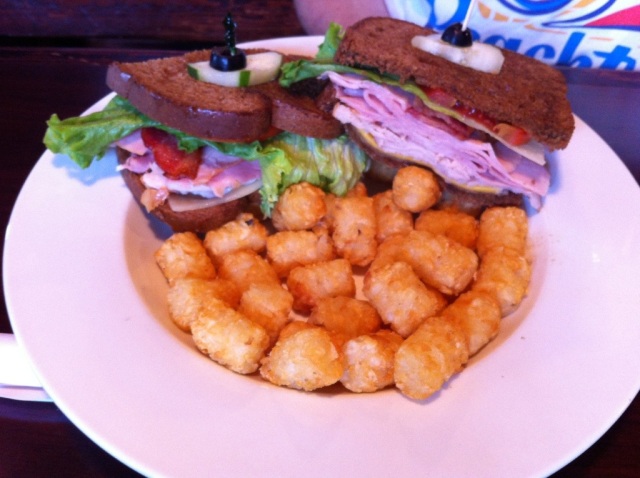 Tots are always a winner.  And this club sandwich was huge.  I, however, was in the mood for barbecue (key sign – I was breathing), so I went with my default order – a two meat combo with pulled pork and ribs.  I don’t think that there is a better way to judge the quality of a barbecue place (in a single visit) better than trying their pork and ribs.  Deciding on the side was a little more challenging as they had ten or twelve from which to choose.

I asked the waitress about the stew and she described it as “kind of thick”, so I ordered stew 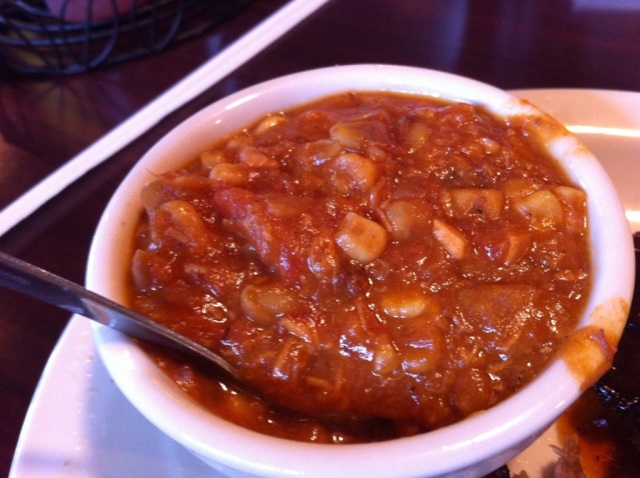 and tots (of course).  To say that the stew was “thick” was an understatement.  It was almost as thick as a hash and not particularly tasty.

The ribs were St. Louis style and when they arrived, the first thing I noticed was that they were slathered in sauce. 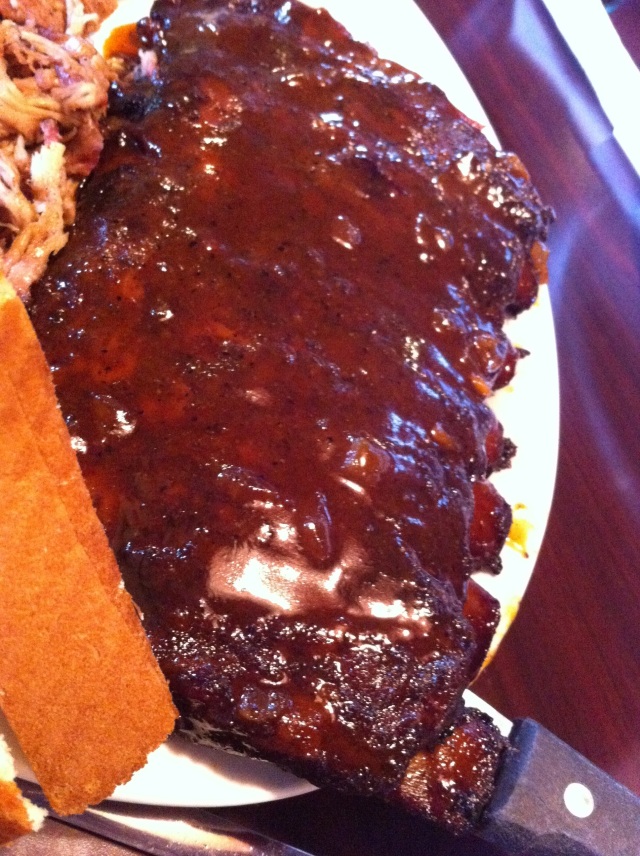 Preliminary thought: “I hope that I like the sauce”.  I asked the server to explain their sauces to me, as she had brought a metal condiment tray to the table with three bottles of sauce.  She turned it around and showed me the labels – House, Sweet and Spicy.  Then explained that the House was what was on the ribs, that the Sweet was “kind of sweet” and that she really liked the Spicy.  The House sauce wasn’t spicy at all and very heavy on the tomato.  I wish the ribs had been served dry.   They were cooked adequately, but weren’t anything special. 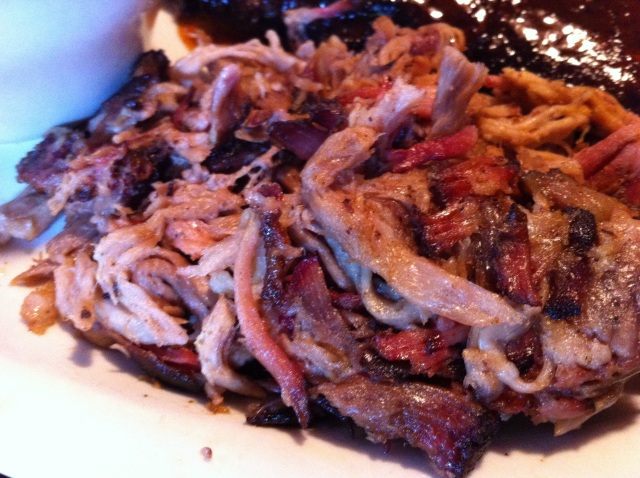 The pork was good, with a lot of smoke flavor and was particularly tasty with the spicy sauce on it.

This event caused me to think that I may need to re-think my approach to barbecue joints – Why not start with the pork?  And then order the ribs only IF the pork is any good.  It would likely save me some disappointment (and some money).

I doubt that we’ll return.