October 24, 2013 · by willoughbyandy · in Decatur, Everything Else, Georgia · Leave a comment 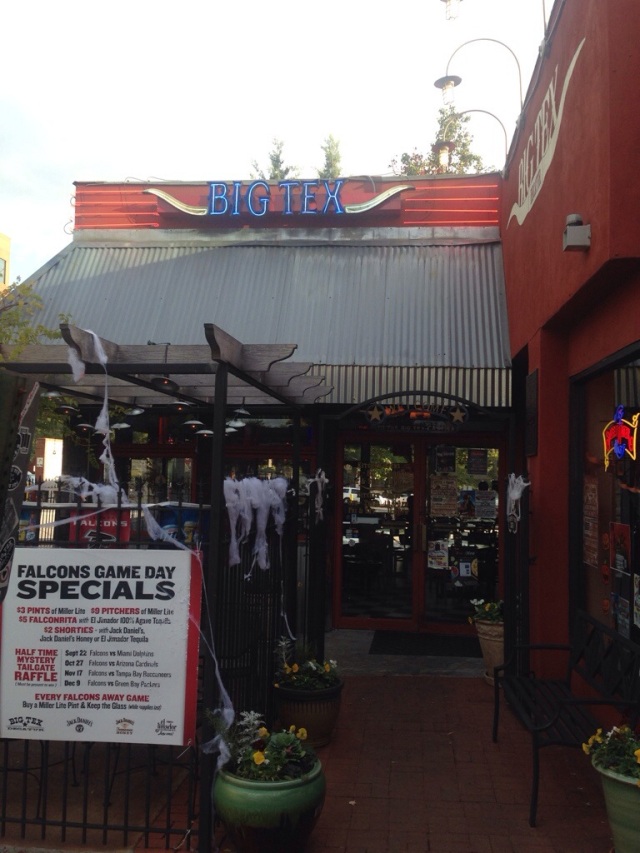 I’ve been intending to eat at Big Tex Decatur, a sister restaurant to Fox Brothers barbecue, for several months. But it always seemed that when I was in Decatur, I was on the way somewhere else. When I saw them mentioned in a Tweet from @foxbrosbarbq yesterday, I made a determination as to where I would have my Thursday night in-town dinner. Located off Ponce deLeon, in downtown Decatur, I found them a bit challenging to find because, even though they have a PdL address, their storefront is about a block off Ponce.

The place is deceptively small. Walking into the dining room above, you catch a glimpse of a large bar area over your right shoulder. What isn’t obvious, until you walk towards the bathrooms, is that there is a second, equally as large, bar area down that hallway. Other than a couple of families, talking advantage of half priced kids’ meals (weekdays 5:00 – 8:00 PM), I pretty much had the place to myself. Looking through the menu, as they sell themselves as “Texan”, I figured that I’d put them to the test and order a West Texas staple – chicken fried steak. 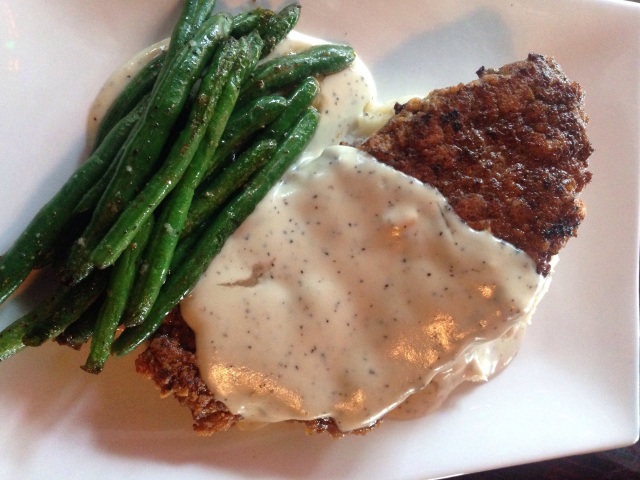 It arrived atop a mound of mashed potatoes, with a side of green beans (cooked somewhere between home style and French) with gravy poured over the center. Not quite tender enough to slice with a fork without leaving a groove in your finger, the chicken fried steak was still cuttable without a knife and had just the right amount of batter to add to the taste. The gravy was very good. I should have asked for more, as I sopped every bite of steak and potatoes through what there was of it on my plate. The green beans were definitely the weak link on the plate.

I imagine that this place is hopping during a ball game and on weekend nights. We’ll have to head back for a burger or their Tex-Mex influenced menu on another occasion.