August 29, 2014 · by willoughbyandy · in Barbecue, Everything Else, Georgia, Middle Georgia · 1 Comment 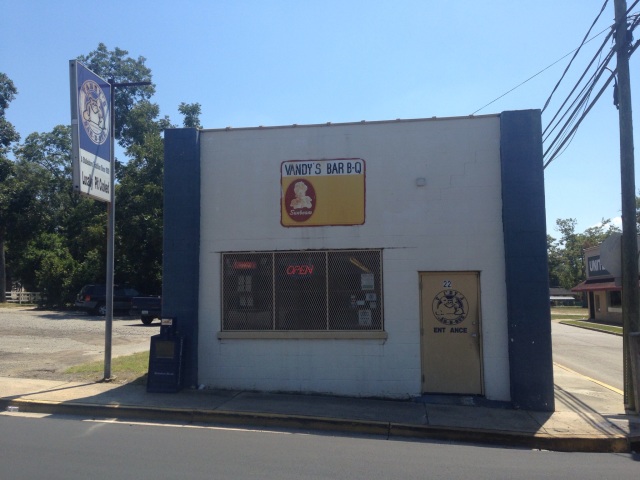 Ever since I was a kid, even before I knew that I loved barbecue, I knew about Vandy’s Bar-B-Q.  The famed Atlanta writer Lewis Grizzard perpetually claimed they had the best Brunswick stew in the world, and some of the finest barbecue in the state.  This was before there was an internet for all of us to use and before such claims were a dime a dozen.  This was an era when I remember there being five grand Georgia barbecue joints:

Two of these are defunct and one of the others opened a location right off 85, which doesn’t do the name justice like the location downtown (we’ve visited both Sprayberry’s, although I’ve, apparently, never blogged about either.) That leaves Vandy’s and Fresh Air, on the list. We tried to stop at Vandy’s on our last trip back from Savannah, but got there around 4:00. They close at 3:00 (when I checked to see if they were open on the day of our drive, I didn’t think to check hours – they are open for breakfast and lunch only).  Today, as we were heading to the coast, I planned on making them my lunch stop.  We rolled into downtown Statesboro around 1:45 and walked into a nearly empty restaurant that likely hasn’t changed in decades (probably since moving to this location in the mid 1940s). 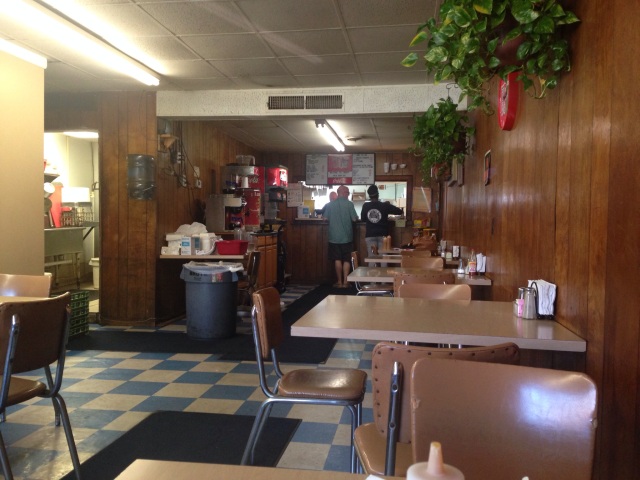 A young lady told us to have a seat and she would bring a menu, so we did.  A few minutes later, we pored over the menu to make our choice – pork or chicken (or ribs on Tuesday), with two sides.  Jo chose the 1/2 chicken, 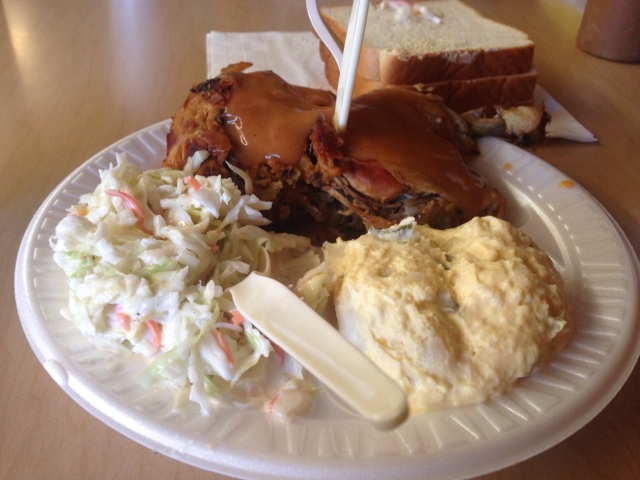 with slaw and potato salad (in the local vernacular, the lady calling the order in told the guy behind the counter “chicken with cold sides”).  The slaw was declared “spot on” by the family slaw expert, while the potato salad was okay, but with more mashed potatoes than chunks.  The chicken was very good (which made it much better than the pork, which was merely fine).  They only had one sauce, which was thick and mustardy sweet.  This made it a much better condiment for the chicken, than for the pork, in my opinion.  Each plate was served with three slices of Sunbeam white bread.   (You can see it in all of their signage and there were shelves full of the gooey white stuff). 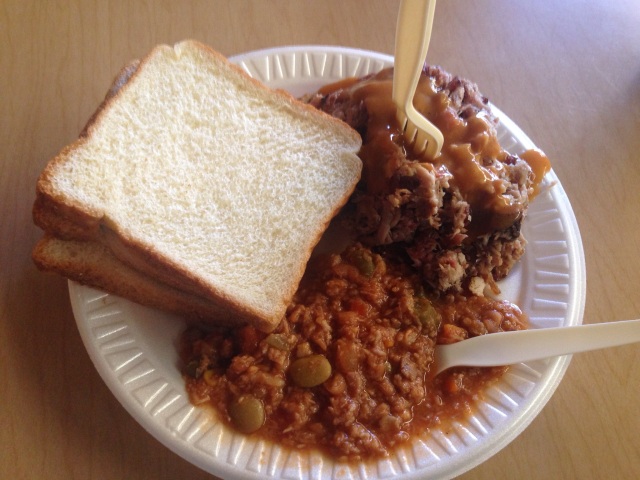 I had the chopped pork with chips and Brunswick stew.  The pork was moist and when covered in the sauce, made three pretty good half sandwiches.  The Brunswick stew was thick and meaty (two positives in my book) and had plenty of pork, along with finely diced carrots and lima beans.  The stew was the best thing I had and we agreed, as we walked back to the car, that this was good barbecue, but not necessarily “destination” barbecue.   Definitely stop in if you’re close (the twelve miles north from I-16 would likely qualify as “close” enough, in my opinion).  The other standout from the meal was the sweet tea (about the only time I choose sweet tea is with barbecue or fried chicken).  It was excellent – I got a glass to go which we nursed for the next couple of hours.

For what it’s worth:  There is also a location in the Statesboro mall which is open for supper and on Sundays, if your travel plans don’t coordinate with the hours of the downtown location.