Kimball House had been on my short list for many months before Southern Living named it the best new restaurant in the South in August of 2014.  Since they don’t take reservations, I knew that getting a table would be even more of a challenge after the article came out.  For our anniversary, as a solution, we showed up shortly after they opened on a Saturday night.

The hostess told us it would be about a 15 minute wait and offered us (the last two) seats at the bar to wait.  This bar was hopping!  While we waited we watched the two bartenders mixing their specialty cocktails with a fervor I haven’t seen since Bill Nye (the Science Guy) explaining chemistry on Saturday mornings. 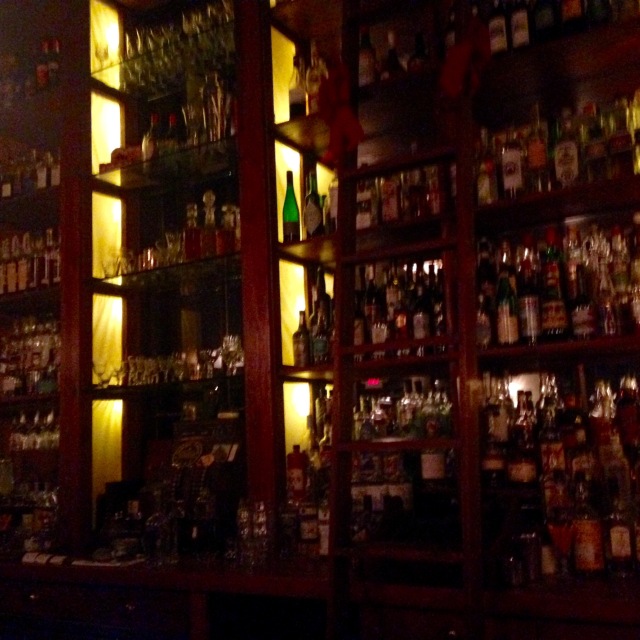 They both had a row of mixables to both their right and left and this giant wall of liquor behind them.  Tyson, the bartender at our end, was constantly mixing and moving and shaking the shakers and pouring.  It was quite a show.  After waiting about fifteen minutes we asked and found that we could order at the bar, so we did.

I ordered the three course six ounce filet dinner and Jo and I shared the first two courses – a caesar salad and celery root soup. 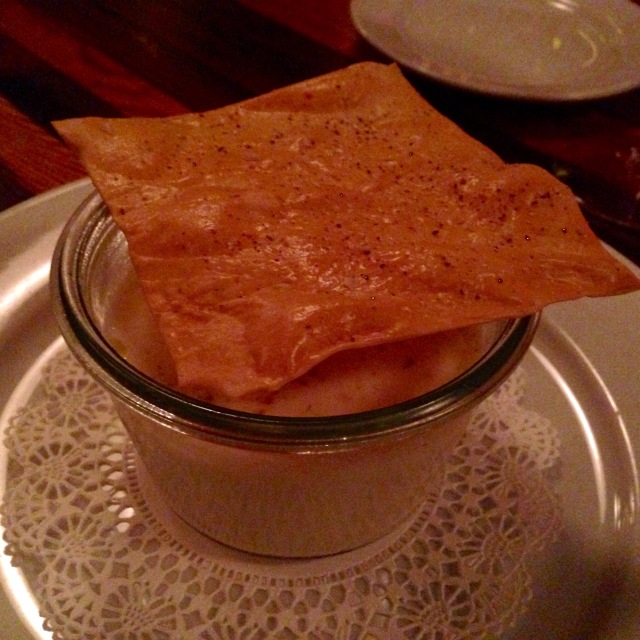 The soup arrived piping hot (pretty much too hot to taste) and was very good, particularly since part of a celery was the basis for the soup <g>. 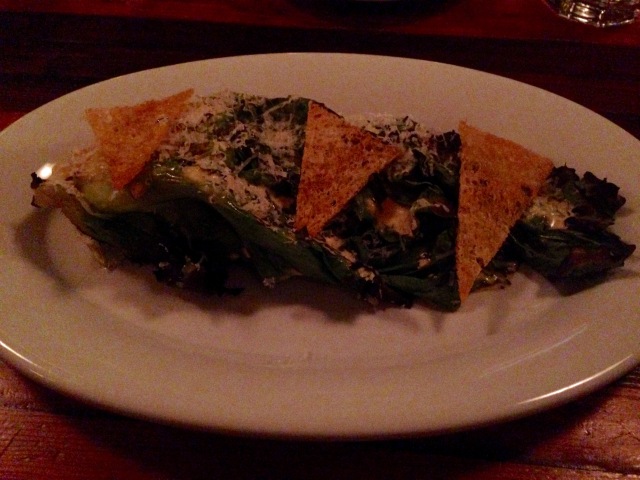 We waited another thirty minutes or so before our food arrived, likely because of the rush in the bar area.  As a result, our entrees arrived less than hot – actually bordering on warm.  I think if we had have been at a table, with a dedicated server, this would not have happened.  My steak (which was prepared to a true medium) and the potatoes au gratin were both very good. 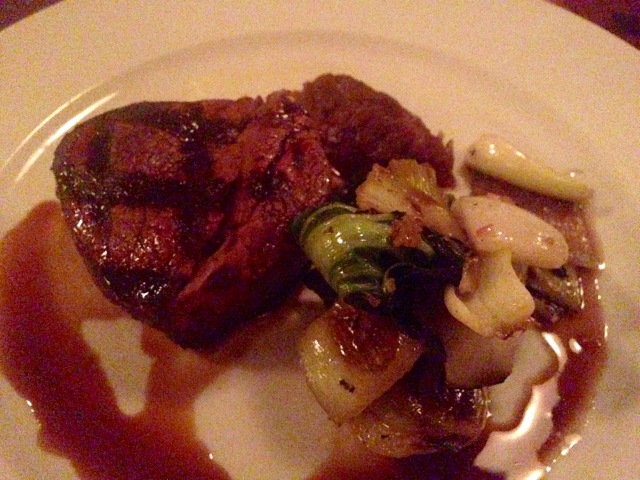 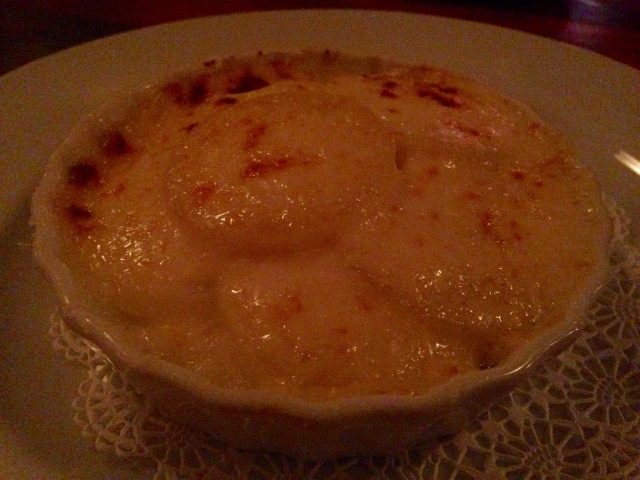 Had they have been hot, I think that “very good” could have become “great”. The charred kale really suffered from not being served hot – it was cold, bitter, wilted greens.

Jo had the grilled trout, with a huge variety of vegetables. 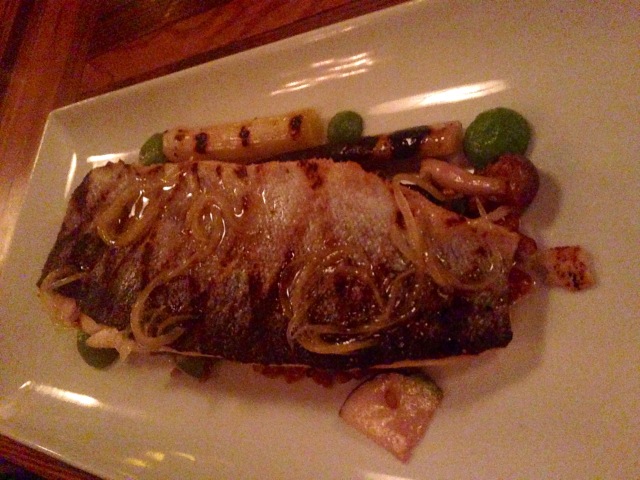 It was a very pretty dish, but it is difficult for lukewarm fish to be declared as “wonderful”.  It was flavored well, but suffered from the delay in getting to the table.  We’re not oyster people, but they seem to have quite an oyster program – it is given equal billing with the dinner and cocktail menu. I think it is giving the oyster bar at the Optimist a run for its money for best in Atlanta.

We will go back (likely not on a Friday or Saturday night), have a seat at a table (not the bar) and try again.