May 15, 2015 · by willoughbyandy · in Fried Chicken, Louisiana, Seafood, Southeast · Leave a comment 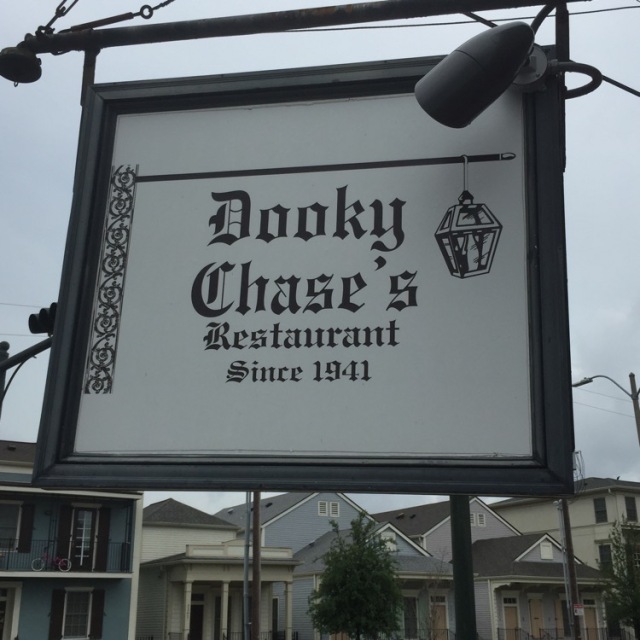 In conversation with several of the folks I work with, I had mentioned that we were going to Willie Mae’s for lunch on Friday.  Several said “if you’re going to Willie Mae’s for chicken, you really need to go to Dooky Chases’s Restaurant“.  So after roaming around several of the suburbs on a shopping expedition, we returned to the Fifth Ward just in time to grab a late lunch. 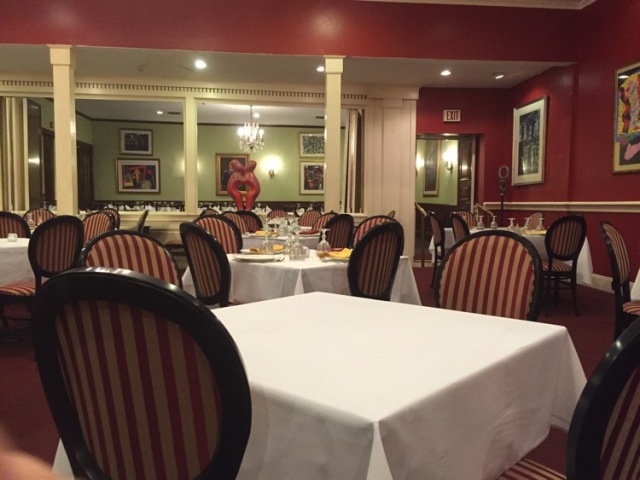 Dooky Chase’s has been open at this address since 1941 (except for a two year closure post-Katrina), and it was open on this day (they are open Tuesday – Friday for lunch) until three.  We walked in a little after 2:30 and were seated (somewhat begrudgingly), as we were told that the buffet was not going to be refilled – they were preparing to set up for dinner service.  Looking around, I was struck by how “fancy” the inside of the restaurant was – something that you would never guess from the exterior.  On the way home, Jo struck up a conversation with the lady sitting next to us, a 75 year-old New Orleans native, who was flying to Atlanta to see her daughter.  She told us that when she was younger, Dooky Chase’s had waitstaff dressed to the nines and everyone was treated as if they had driven up in a limousine.  She said that it was a place that transcended class and race and treated everyone like royalty.  From their website:

“In a town deeply divided by segregation, Dooky Chase’s Restaurant was one of the only public places in New Orleans where mixed race groups could meet to discuss strategy for the local Civil Rights Movement. Although such gatherings were illegal through most of the 1960s, Dooky Chase’s was so popular; it would have caused a public uproar if local law enforcement had interrupted the meetings.” 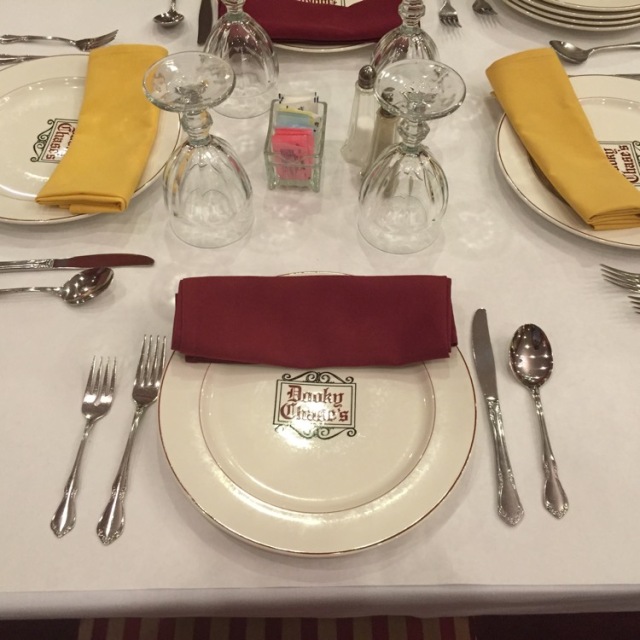 With the pending shut down of the buffet, we ordered from the menu.  Jo was still somewhat full from our earlier lunch, so she ordered a vegetable plate: greens, macaroni and cheese, candied yams and potato salad.  She later said that this may have been the best meal she had this whole week because it was something that she really enjoyed and that was prepared perfectly.  These were obviously not food-service frozen vegetables thrown into an oven for “cooking”.  They were each prepared, apparently from scratch, with great attention to detail. She made good choices, as the only one I wanted to taste was the mac & cheese.  She did share and it was really good (check out that crust). 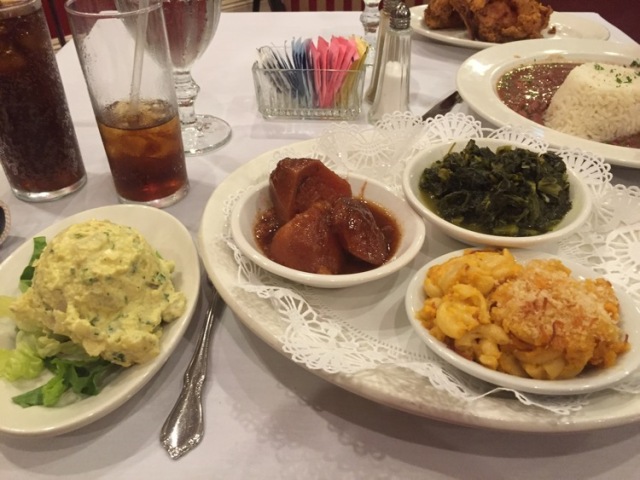 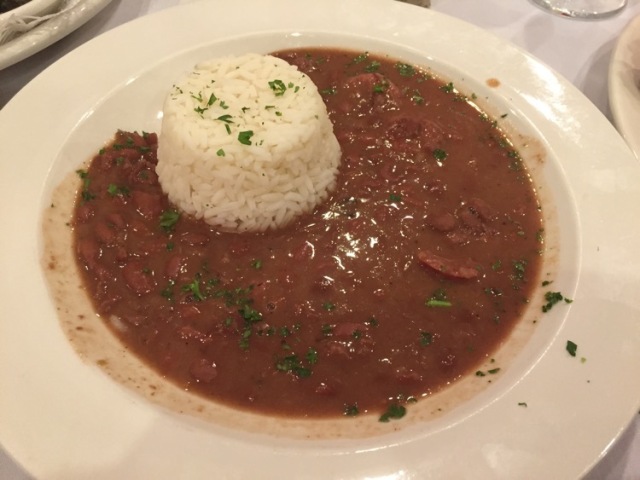 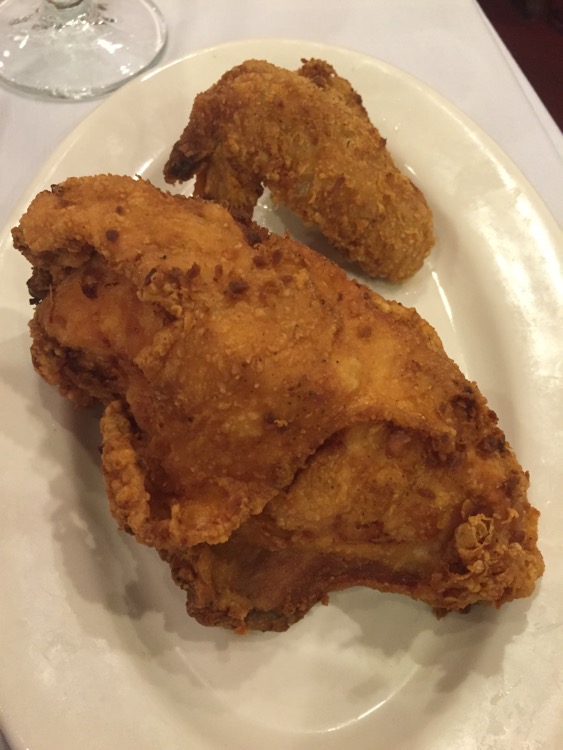 This was really good chicken, the meat was moist, the skin was crunchy without being brittle and it was served hot.  And these red beans and rice held the essence of New Orleans cuisine for me.   What a way to end the trip.