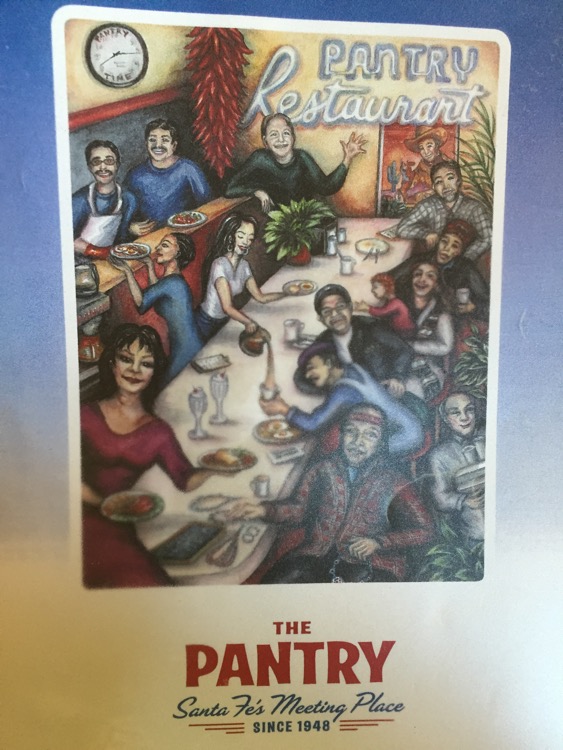 As we were leaving Albuquerque and heading towards Santa Fe on day two of the road trip, we knew we needed breakfast.  We planned to grab something quick and get on our way and were looking for someplace to drive through, when the Pantry appeared on the right.

Being a sucker for a cinderblock building, this Pueblo style place was close enough (and it also had the requisite parking lot full of pick ups – before 8:30!) and it looked like a winner.  We turned around, headed back and found a place to park.  When we walked in, we were told it would be 10-15 minutes for a table, or we could take a seat at the bar.

Glancing at each other, we joined two others at the nearly empty bar, taking a couple of stools right in front of the pass-through window from the kitchen.   Jo ordered the oatmeal, which was served with bananas, raisins, brown sugar and milk. 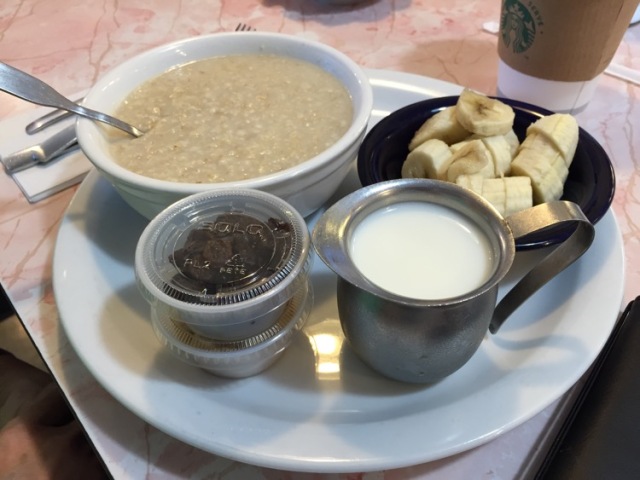 While we were waiting I struck up a conversation with our servers, discussing the “dance” that was occurring in front of us.   The window would fill up and then servers would appear, gathering the plates for their tables.  She told us that most of them had been working together for more than a decade.  When I saw a lull in front of window, I went to snap a photo of the food coming out, 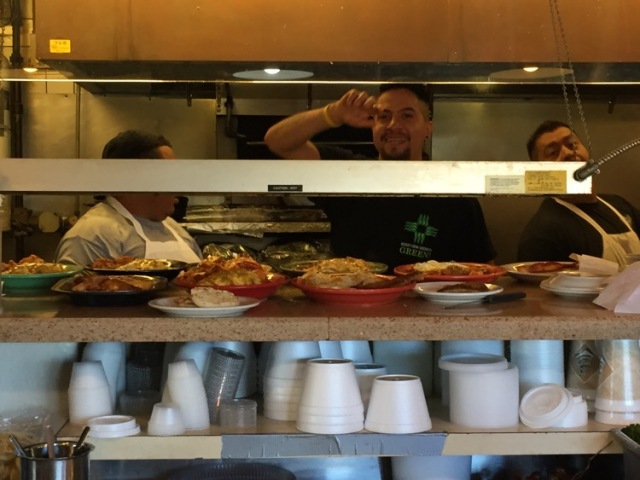 I had decided on Huevos, and took the servers advice of Rancheros, as opposed to Consuelo, style.  And since I couldn’t decide on red or green sauce, ordered the dish “Christmas style” (this is apparently a specifically New Mexican term), getting both red and green sauces.

The pantry fries were crispy and and the beans were melt in your mouth tender.  I had my eggs scrambled, as opposed to fried, and the red sauce was definitely the hotter of the two, but both chile sauces were excellent.   This was a filling breakfast, which was great, as we ended up looking for lunch on a two-lane back road, for quite a while after we were hungry.