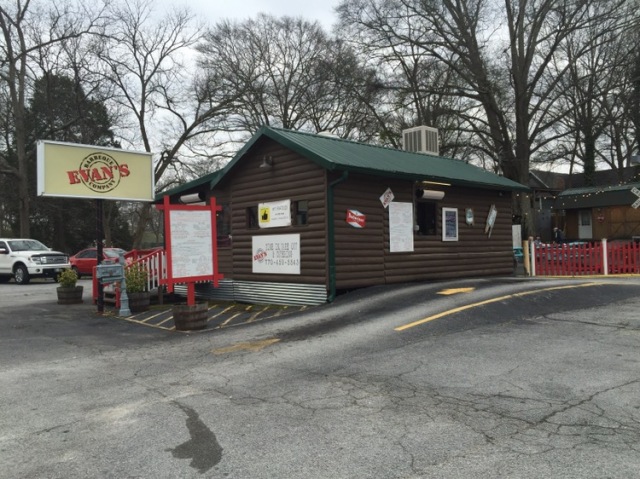 Evans Barbecue Company is a fairly new entrant to the west Georgia barbecue scene.   If I recall correctly, there used to be another ‘cue joint in the curve on Bankhead as you come into Villa Rica, in this exact same spot.  The newness and difference from other West Georgia barbecue places stands out in a couple of areas:

They have the room up front – which used to be the original place, I believe (anyone have the name?), where I dined, some picnic tables in the in-between area and a larger dining room out back. 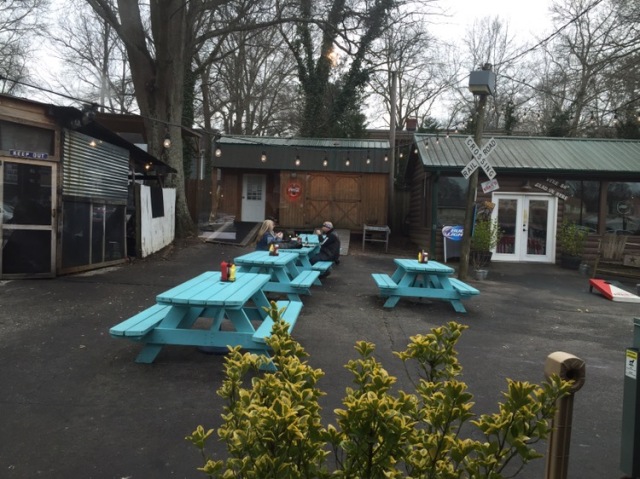 The back room houses more seating, the restroom and a couple of TVs.  Best as I can tell, the main kitchen is in the small room and all of the service seems to flow from there.   I went with a half pail of ribs and fries.  Here’s the end rib showing all of the bark:

The fries were frozen thin crinkle cuts, fried crispy – strike one/half – it would have been a full strike, but they were crispy.  There were two sauces on the table – one sweet and one spicy. They also offered a sriracha sauce as they delivered my food and I asked to try it.   The spicy was the best of the three.

The ribs were nowhere close to tender and kind of chewy.   Several folks have told me how much they enjoy the barbecue here, so I’m thinking I should have tried a pork sandwich instead, as ribs may be a higher bar to clear than smoked pork.   Maybe I’ll try that on another day.