March 16, 2017 · by willoughbyandy · in District of Columbia, Fine Dining, Northeast · Leave a comment 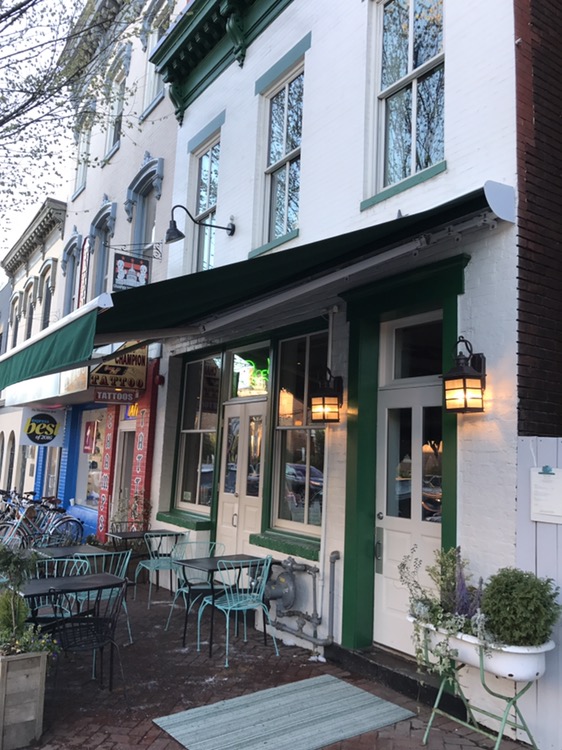 If you read yesterday’s lament (note: the lament was definitely not about where I ate – which was a phenomenal meal, but about where I didn’t get to eat) about the plumbing problem, that once again, thwarted my attempt to go to Rose’s Luxury, you’ll be pleased to hear that the quest is finally over.  Why have I been  trying to get there for the last couple of years?  They were named the Best New Restaurant by Bon Appetit in 2014 and named #2 on the best new restaurant in the South list in Southern Living in the same year.  Then, last May chef Aaron Silverman won a James Beard award as the best chef, Mid-Atlantic.   And, if that wasn’t enough, then, in October, he was awarded his first Michelin stars – one for Rose’s Luxury and two for his “high-end/takes-reservations” Pineapple and Pearls (that place is now on the list for next year).

I took a cab from my hotel, arriving just around the corner, right at 5:00, feeling fairly triumphant.  They take no reservations, except for HUGE parties, and open at 5:00.  It was the warmest that it had been since I got to DC  and the sun was shining.  Then I found the line, waiting to go inside, about 30 people deep… 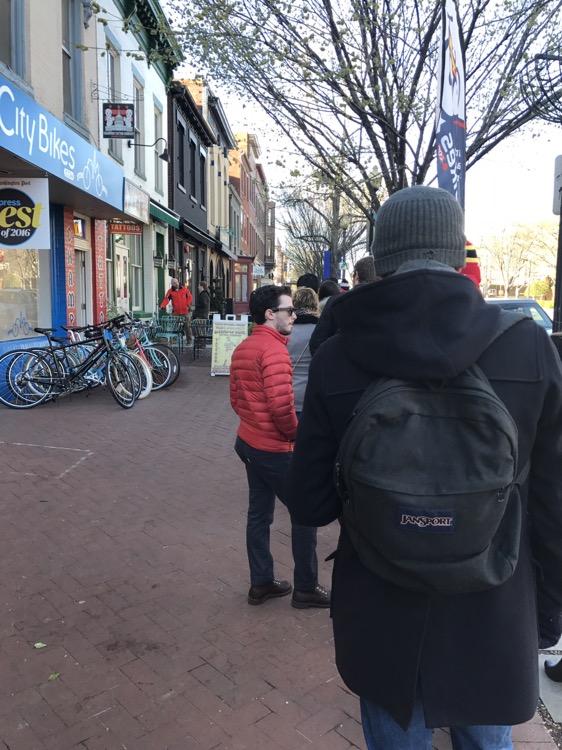 The good news was that I waited less than fifteen minutes and was taken to a seat at the counter, overlooking the kitchen.  The menu of small plates is not overly complicated and I relied on my server, Cesar, to be my food sherpa for the night. 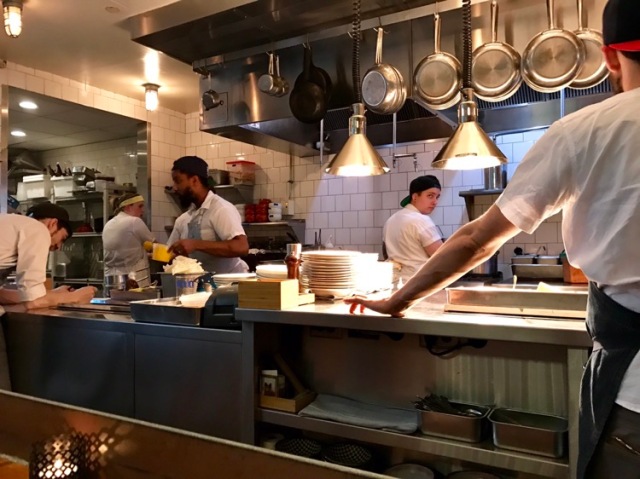 While I waited, one of the servers brought out braided challa bread and told me that they braided it to make it easier to tear by hand.  But not to try it right then, because it was fresh from the oven. 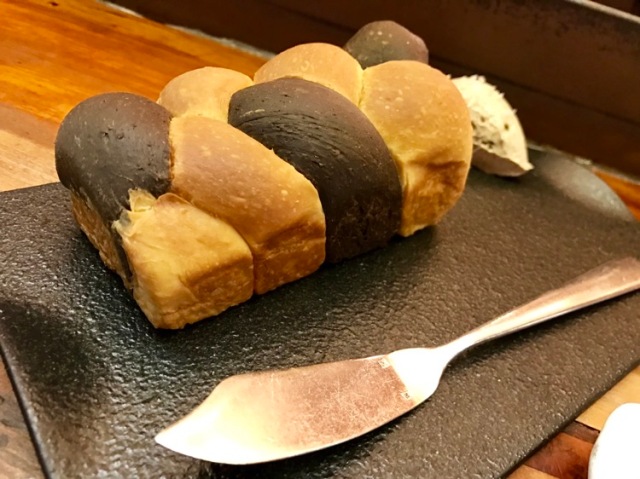 Of course I had to try  for myself and found out that she did not lie – it was so hot that I couldn’t even tear off a piece.  When it cooled slightly, I added some of the carraway butter and eventually finished the whole loaf while I ate.

From the moment I walked in, it was a very “comfortable” feeling place.  I felt very welcome and that the people who worked there were glad to be working there.  That feeling lasted throughout the meal.  One of the ladies who brought me several of the dishes smiled like she was delivering Turkish Delight, itself, with every bowl.

I knew the people around me were my kind of crowd when the young man sitting two down from me at the counter, asked his server if she thought that if they ordered one of every plate on the menu, it would be too much for them.  She said “yes, it would”, but man, I loved his spirit.  Being a small plates kind of place, I ordered several.

In the idea that if you’re going to try something you don’t like, you might as well do it somewhere that knows how to cook, I started off with the oyster bites.

Two oysters, with the meat, that had already separated from the shell, marinated in sake and wasabi, topped with an apple granita and a “pearl” of Granny Smith apple and fennel (I believe).  Down the hatch went the first one and, holy cow!, it was great.   I ate both, quickly, enjoying the mixture of salty and sweet.  In fact, I ordered another pair about half way through the meal.   Round two was another small plate, four stuffed dates (left half of plate below), 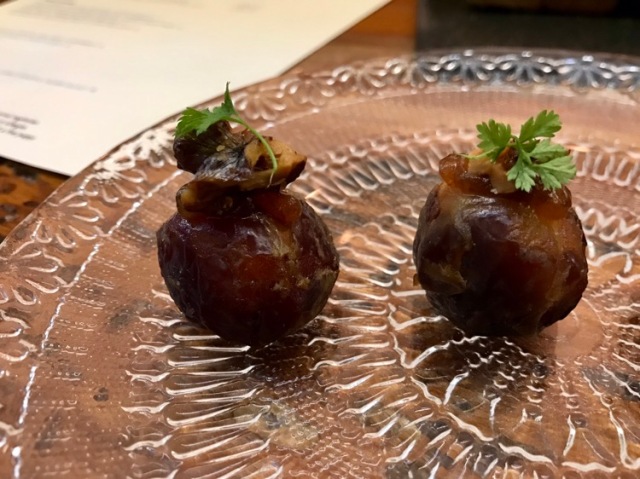 topped with butter and walnuts.  I pulled the walnuts to the side and popped a date into my mouth.  It was sweet and tangy at the same time.  A near perfect bite, and I ate all four.  I actually contemplated getting more of these, for dessert, but ran out of room.

Next came something that I didn’t intend to order.  When I had finished ordering, I asked if I had missed anything.  Cesar said that they were known for the pork sausage, habanero, peanut and lychee salad.  How could I not order one? 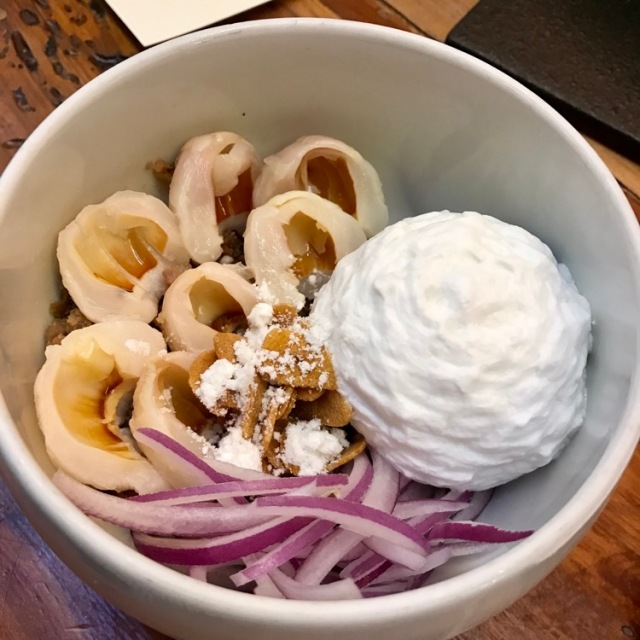 It arrived, with the whipped coconut milk on the side and with all of the ingredients stacked in layers.  You use your spoon to mix it all together until the coconut milk breaks down and becomes your dressing, then eat out of the bowl.  It was a mess, that I never would have mixed togther (who would mix sausage and lychee?) but it was delicious.  In the interest of full disclosure, I picked around the peanuts – I’m just not a fan).  The next dish was one that I did pick on my own and it was my least favorite of the night – 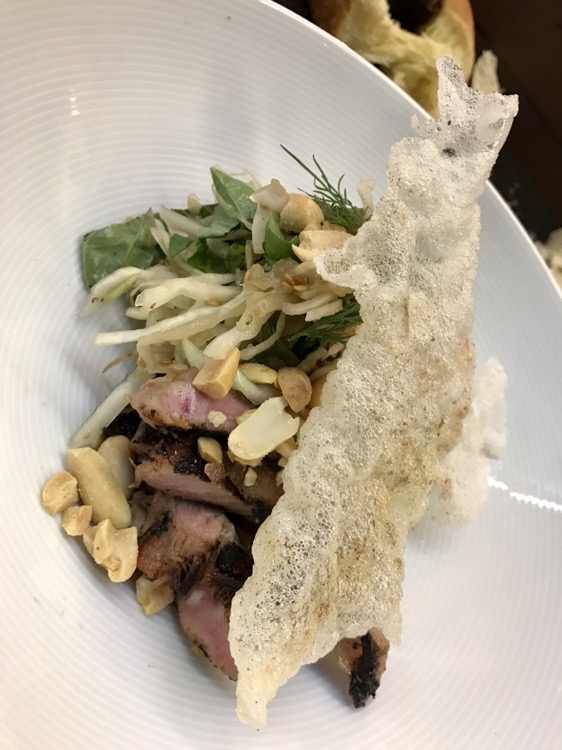 a Thai marinated pork blade steak with nahm prik slaw.  Next came a dish that I didn’t order  – rigato cacio & pepe (courtesy of Cesar, according to the smiling server that brought it over).  I was amazed at the teamwork and camaraderie along the staff.  It was the same vibe as the group had at Little Serow and made the whole meal more enjoyable. 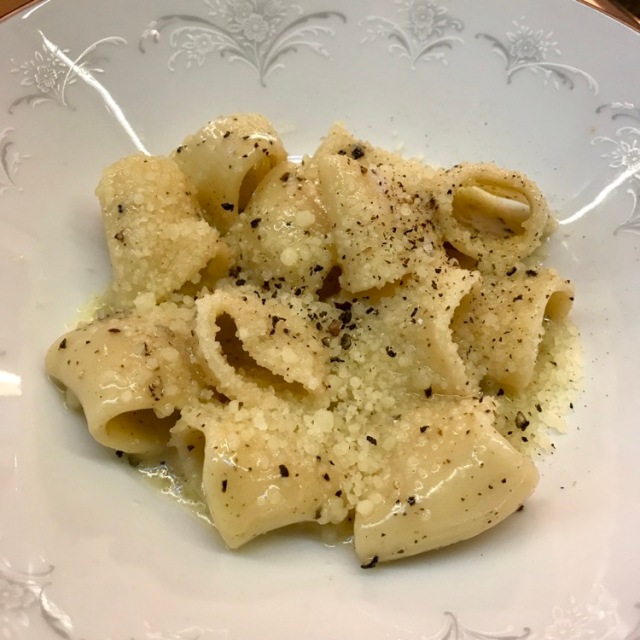 It was a simple buttered pasta, with black pepper. (Somewhere around here is where I had the other two oysters). Finally, I finished the night with ricotta agnolotti, with kumquat and sweet potato. 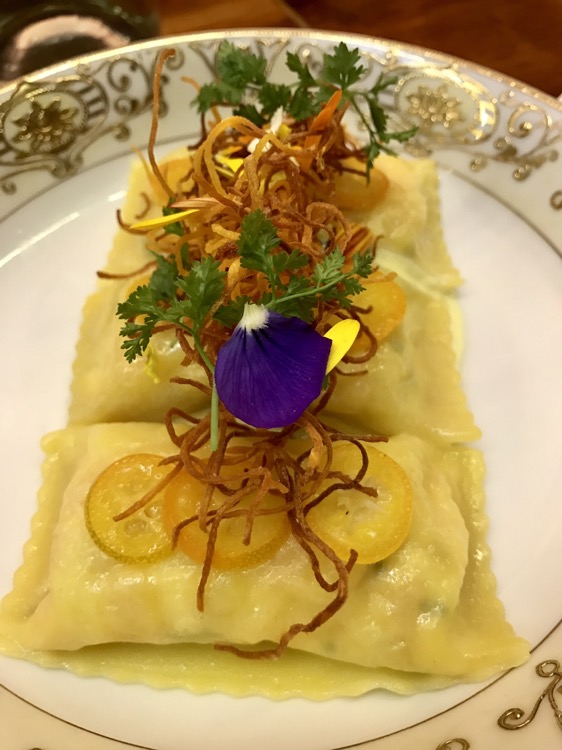 The pasta was filled with ricotta and sweet potato and was sitting on a bed of hollandaise sauce.  It was topped with sliced kumquats and crispy sweet potatoes.  The dish was very well composed.

When asked about dessert, I was too stuffed to have any, so while I did listen to the suggestions, I deferred.  Seeing my interest piqued at the Cinnamon Toast Crunch cereal ice cream, two small scoops arrived with my check. 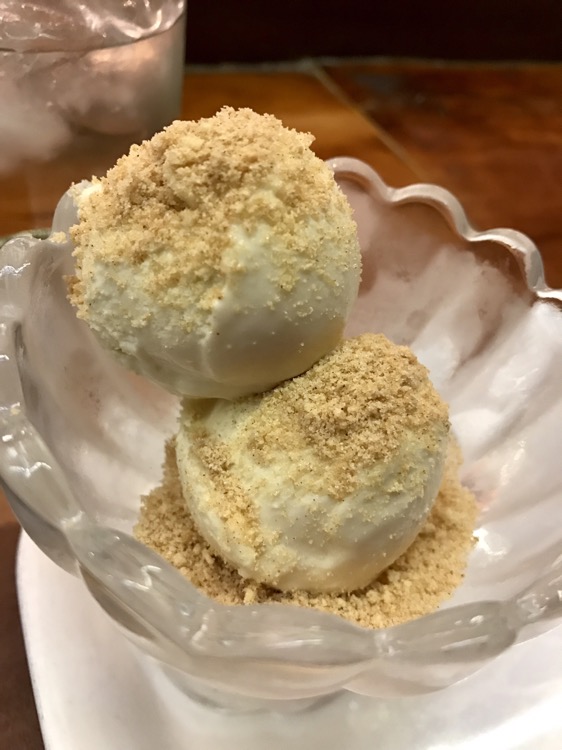 It was as delicious as you’d expect.  This quote from chef Silverman sums up the way dinner felt:

I’ll say that he hit his mark.  Definitely worth the two year wait.  I don’t think I’ve had two two dinners this good, back-to-back, in a long time. 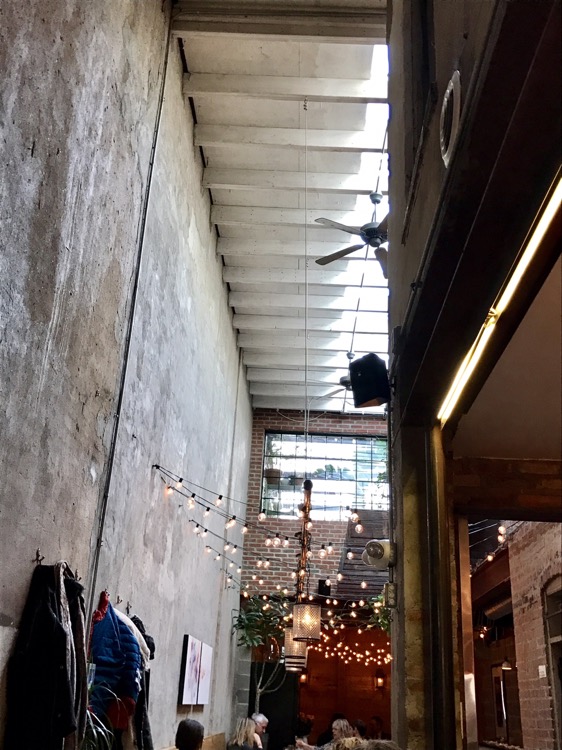 The back half of the restaurant – the kitchen counter is square in the middle.