Heading to the beach for Labor Day weekend, we left early enough in the day that lunch would be in Macon. That meant finally making it to H&H Restaurant.  H& H is somewhat of a legend in Georgia restaurant and music circles, as one of the founders of the restaurant, “Mama Louise” Hudson,  first fed the young Allman Brothers when they were living in Macon (splitting a meal six ways) and then went on tour with them in 1972 to cook, although she, purportedly, never fixed a meal on the road.

H&H has been in business since 1959, when Inez “Mama Hill” began serving breakfast, joined in the business by her god daughter and cousin “Mama Louise”.   They were partners in the business until Mama Hill’s death in 2007.  Mama Louise continued operating the restaurant, shutting it down in 2013, then selling to new owners who re-opened after re-modeling in August 13, 2014.

We arrived a little early for lunch and were seated at a table near the rear of the restaurant.  The walls are decorated with album covers and band photos from much of Phil Walden’s Capricorn label’s roster, including Wet Willie and Sea Level, along with memorabilia from the Allman Brothers. 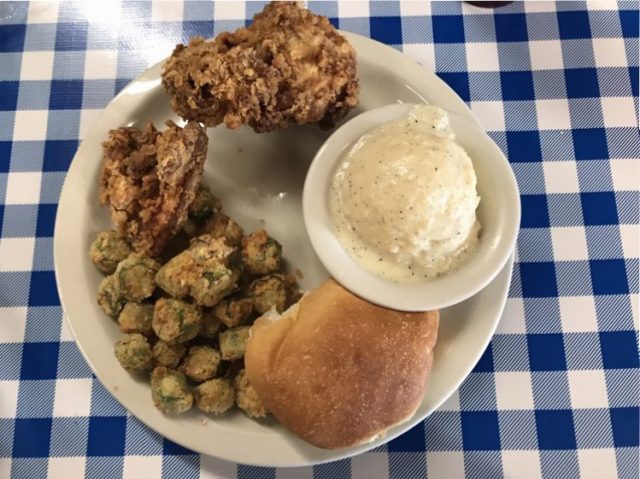 The chicken was good (not great) and the white gravy was better.  The mac-n-cheese and fried okra were both above average and I really liked the semi-sweet yellow cornbread (which always reminds me of the Jiffy-mix cornbread that we had in elementary school.  About two thirds of the way through our meal, Mama Louise came in and took her seat near the kitchen, after visiting with all the servers.  Apparently, even in her 80s, she just wanted to check and make sure everything was being done up to her standards. 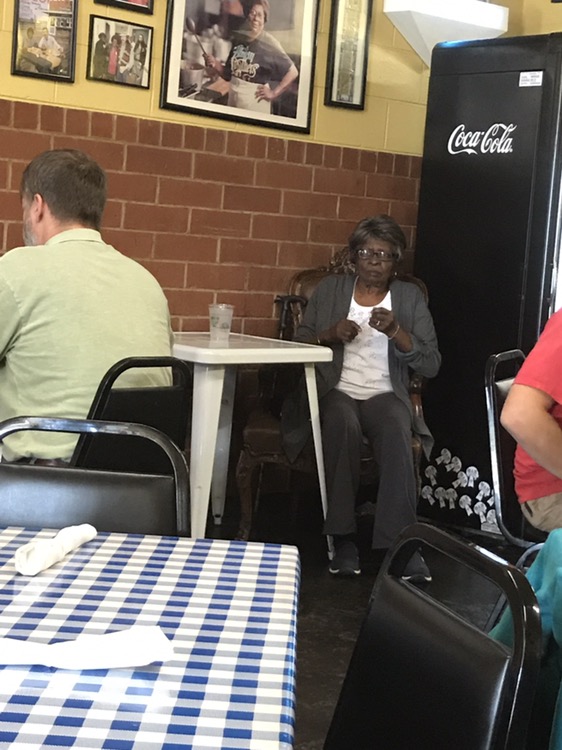