September 1, 2017 · by willoughbyandy · in Everything Else, Georgia, South GA · 3 Comments

Ever since our kids were small, St. Simons Island has always been a special place for our family.  As our family has grown (with the addition of two sons in law), we’ve made a Labor Day weekend tradition of renting a house and all going down for the long weekend.  There are places that we eat as rituals (like Southern Soul), but sometimes we feel the need to venture out. 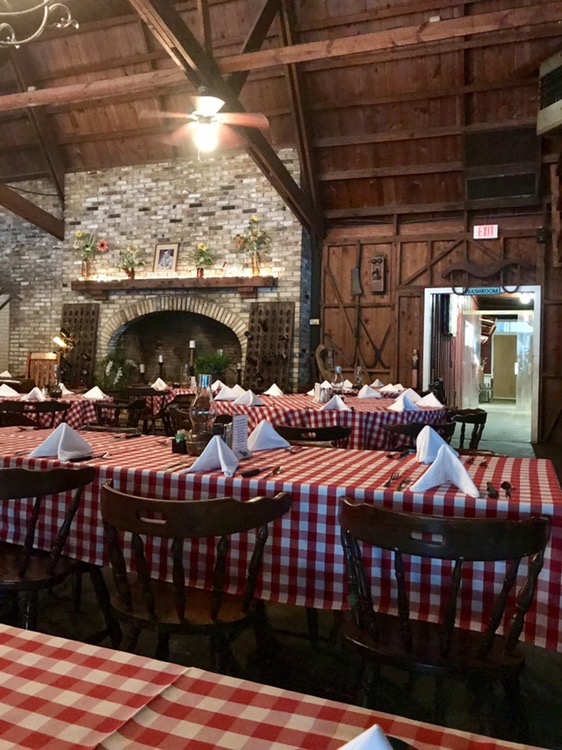 In an article in Garden ‘n Gun about great fried chicken, they mentioned Bennie’s Red Barn, an island staple since 1954.  We’d never been, and they took reservations (key for a holiday weekend on the island) so a reservation was made for Saturday night and, in a pouring rain, we set out for dinner.  The story goes that Benny was trapped in a French barn for some length of time by the Nazis and, when he came home, and opened a restaurant, he built this replica.

We started with “traditional house salads (that we’ve been serving since 1954)”, as simple as they could be:

iceberg lettuce, tomatoes and house dressing.  Bennie’s is known for steaks (and all the kids had those) which are cooked over an open oak flame – the only restaurant on the island cooking over an actual fire, according to the in house historian who was roaming the tables.  And singing.  But I was there for the fried chicken. Half a chicken, cooked to order, with a baked potato. 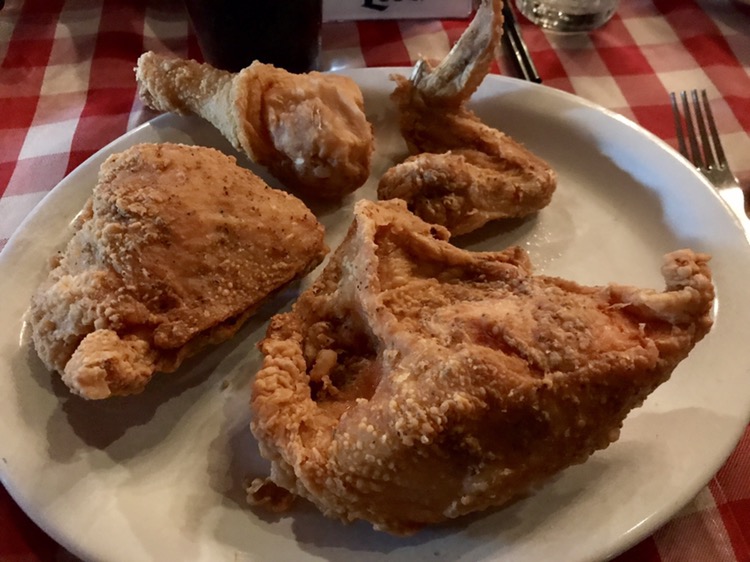 It was definitely fresh (too hot to touch), with what appeared to be a buttermilk and flour batter and deep (as opposed) to pan fried.  It was crispy and moist.  And it was cooked very well, without a lot of spices and herbs.  It was good, but not exceptional.

Since we were near the sea, even if it wasn’t the northern Pacific, my beloved had snow crab.  After dinner she said this crab (which is flown in daily) was as good as any she’s had (on this side of the country) and wouldn’t hesitate to go back to Benny’s for it.

We split a couple of desserts, at our end of the table: key lime pie and

The desserts were tasty and made in house – in fact, our server told us that she used to make the key lime filling before she came to the front of the house.  The others all enjoyed their steaks, which were each cooked according to their request (even the medium rare was spot on). We may have found a new place to start a tradition.