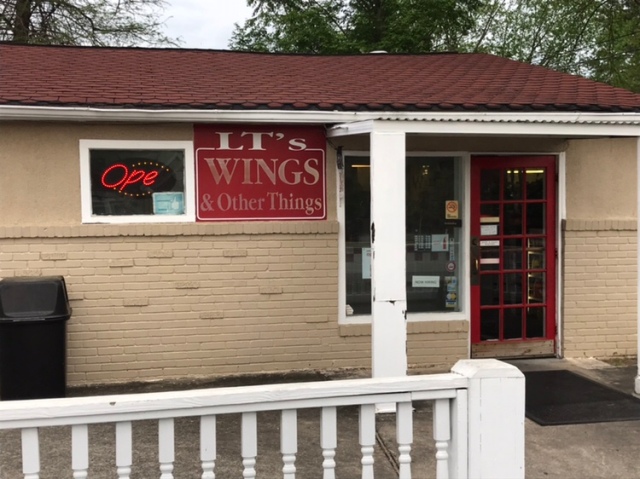 Another find from Garden & Gun’s Fried Chicken Bucket List, LT’s Wings and Other Things was hailed as staying “busy, with lines out the door.”  We arrived around 6:00 on a Saturday and seemed to hit at a good time – there was only one person waiting for food and a couple who came in behind us.  A carry-out only spot, the lines are waiting for wings, not for a table.  My beloved ordered a split ten – medium hot wings and lemon pepper. 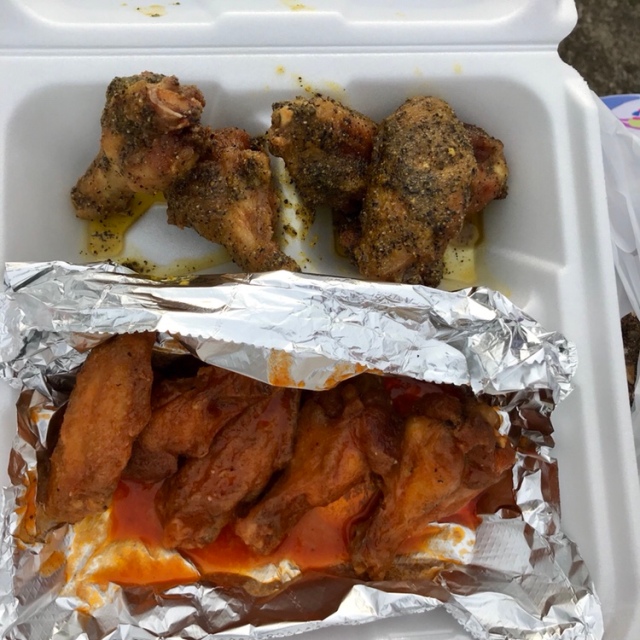 Lemon pepper is very much an Atlanta “thing” according to an article in Atlanta Magazine last summer – “the cult of lemon pepper“.  My dear wife, however, liked them long before they became linked with hip hop and strip clubs.   These were tasty, with that combination of sour and spicy that makes the combo so desirable.  The medium wings had plenty of flavor, without being just “one note” of heat. 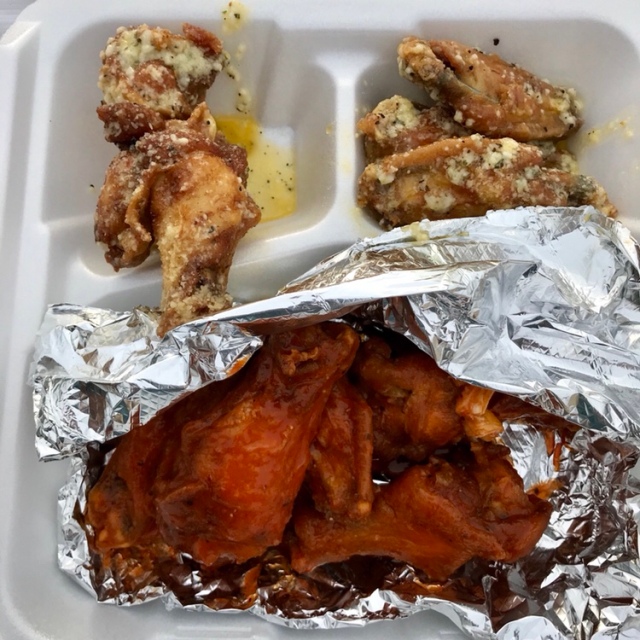 The garlic parm wings were a panic decision – I knew I wanted to try the hot wings and had no idea what the other five would be.  I remembered that one of my co-workers was talking about garlic parmesan wings the day before and when I saw them on my menu, “garlic parm” came out of my mouth.  They were fine.

This is one place where the “hot” wings are not just the medium wings with more sauce – it is a distinctly hot flavor.  And these wings were meaty.  The only downside was the fries – there were plenty of them, but they were fried to nowhere near crispy and they had not flavoring whatsoever.  Next times?  Wings only.