June 16, 2018 · by willoughbyandy · in Cabbagetown / Grant Park / Inman Park, Everything Else, Georgia, Pizza · Leave a comment 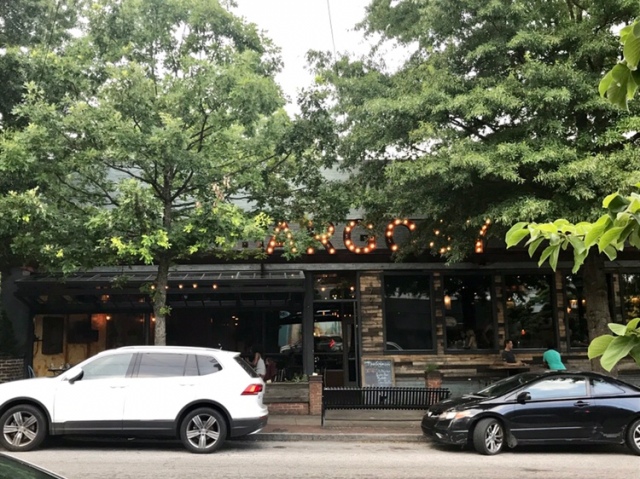 Hanging out in the city on a Saturday, for a change, it was creeping toward dinner time.  I went on line for a couple of lists of pizza places to try and up came a recommendation for the Argosy.  Located in East Atlanta Village, across the street from Elder Tree Pub, we arrived a little early for dinner and beat the crowd.  Open since mid 2013, t’s like a TARDIS – bigger on the inside. 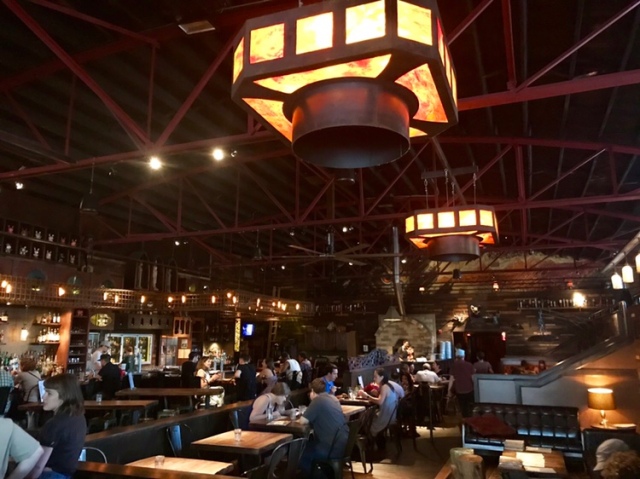 The gastro pub, with plenty of seating on the main floor, also has a massive bar, serving drinks until 2:00 nightly.  There is also a raised tier on the street side (where we were seated), a second story of seats along the right side and the loft area (pictured below) over the brick oven in the picture above.  The loft is dominated by a huge mural of an owl that looks onto a coast, perhaps reflecting the original definition of an argosy – a large merchant ship.  The wood, everywhere, is redolent of large sailing ships. 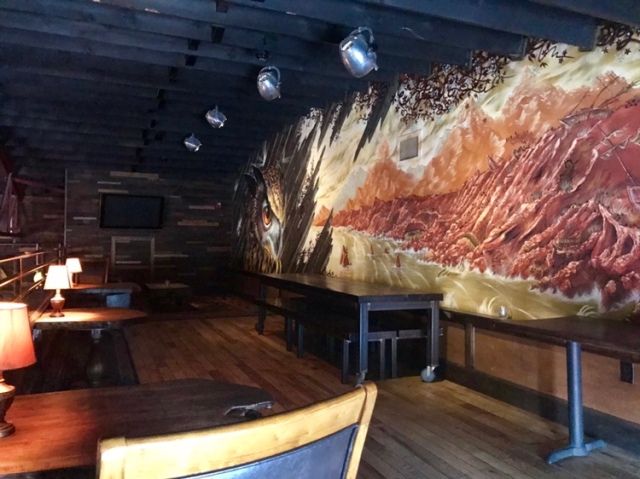 We started with the hummus, which was served with a variety of crudites.  Honestly, when I first encountered this word on a menu, I always thought of it as crud-ites (like a lost tribe from the Old Testament).   I had heard of crudites, but had never seen it in print… 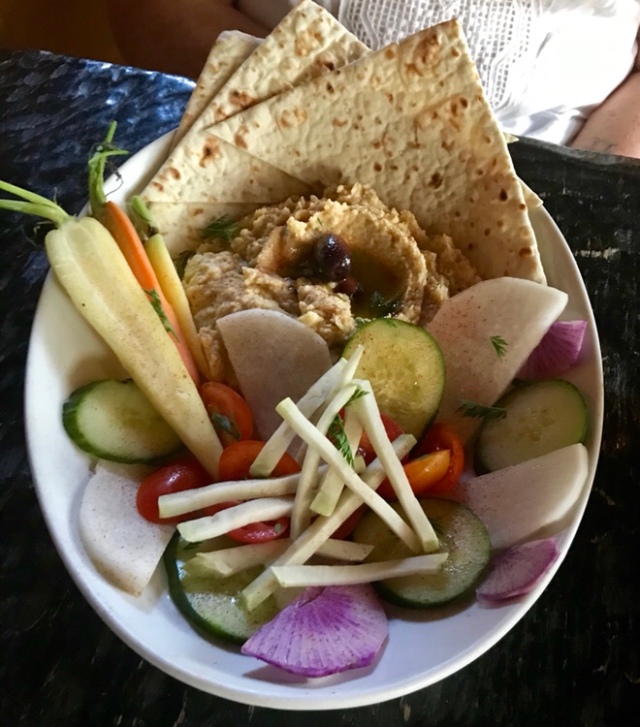 The hummus had good flavor and I quickly ate my way through my half of the lavosh.   For the pizza, my beloved let me make the choice – pulled pork, peaches, arugula and onion.

The pizza was very interesting – the peach an pork went together very well, but the pizza was light on cheese and ended up being fairly dry.  We’ll have to go back one evening and try one of the mains.