September 29, 2019 · by willoughbyandy · in Barbecue, Kansas, Midwest · Leave a comment

As we were getting closer to home, it was obvious we were going to be in Kansas City for lunch.  That meant only one choice for the “what do you want for lunch?” question – barbecue.  But there were way too many choices for where to have it.  Looking at the options available, and our eastward trajectory, I decided on Slap’s BBQ (courtesy of the 2015 BBQ Bucket List).  They refer to it as “Central Texas Barbecue with a Kansas City accent”. 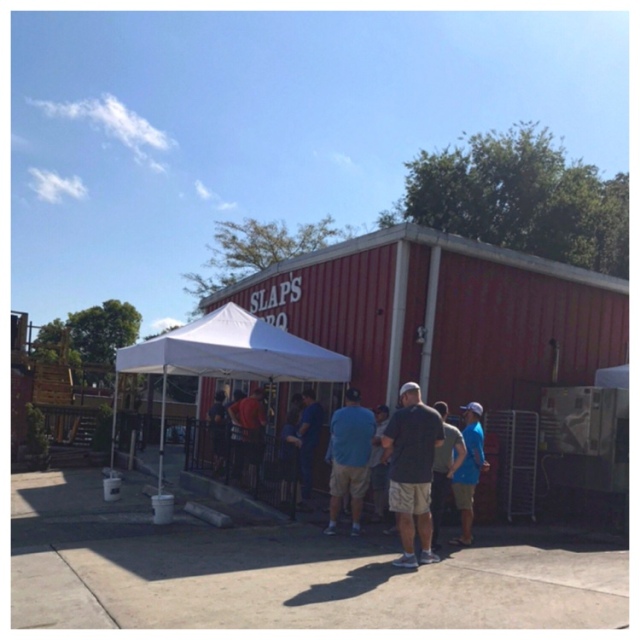 I was intrigued by the name and wondered if they were indeed the Slap brothers – they’re not.  They are the Pearces.  Turns out that the name comes from their competition ‘cue team’s name – Squeal Like a Pig.  That answers that question.  Pulling up and finding a place to park the trailer (empty lot across the street and down the block), we found ourselves in a line, standing in the sun.  And the line was growing, by the minute.  What we didn’t know, at this point, was that it also wrapped around the inside, toward the counter.  This did give us a chance to check out their equipment, though. 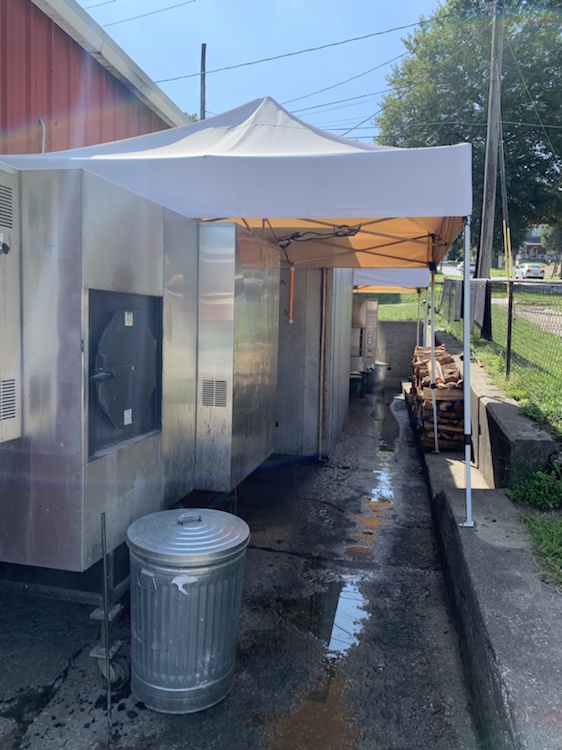 After we worked our way into the room, we focused on the menu, mounted on a signboard above the counter.

The meats were all in a warmer, placed there after they had been smoked over night, and which they continued to replenish while we watched.

There was seating both outside (afternoon on a September Sunday in KC was a bit warm) and inside, where we shared a table with a local couple.

We ordered a sampler plate, with ribs, turkey, sausage and pork, with sides of slaw and baked beans.  And added an order or burnt ends.

Look at that festival of meats! I was in pure carnivore mode, while my partner-in-crime sampled the meats (mostly the turkey, which was very moist) and feasted on the sides. 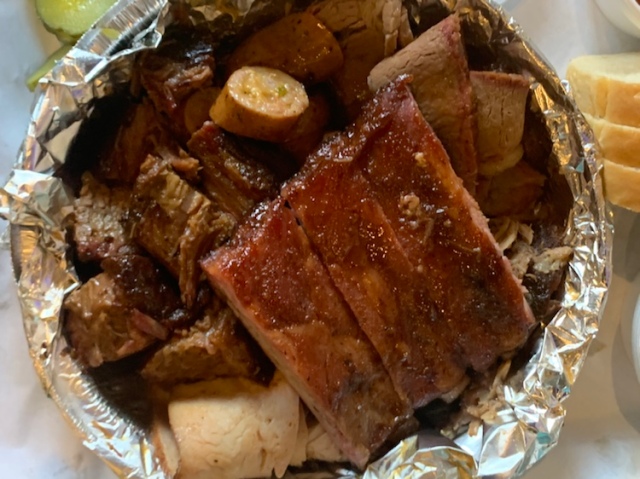 The burnt ends were the standout stars of the plate, although all of the meat was well-smoked and stood on it’s own, without the need for sauce.  The bucket list did not disappoint – this was some of the best barbecue we had on this road trip.