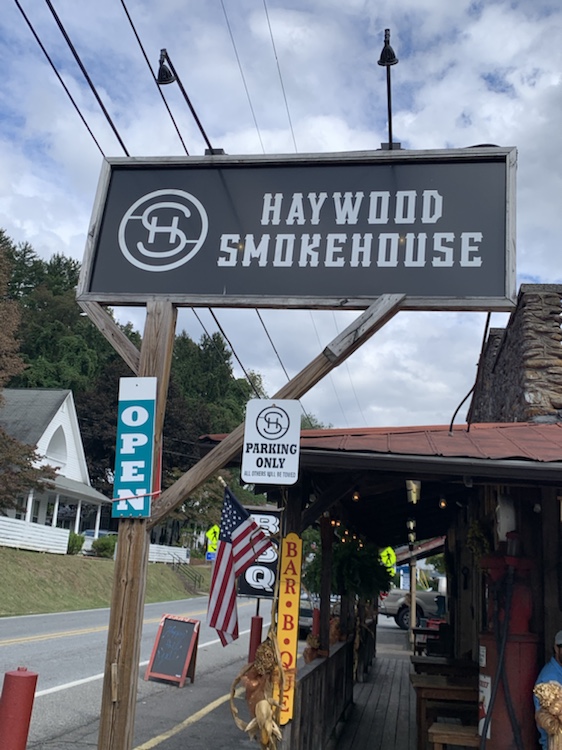 Camping with some friends near Cherokee, NC, we were discussing lunch, at breakfast. (Come on – you know you’ve done it, too.  I heard a great quote about this point, this week, “Why don’t we go get lunch and talk about dinner?”). Looking for options, the one couple among us with any bars of phone signal, suggested Haywood Smokehouse, in Dillsboro – a Texas-style barbecue house with three NC locations, based in Waynesville.  They started talking it up and I explained that they had me at “barbecue”…

One of the first things that we noticed, sitting at the table, was the menu of sauces.  I immediately went hunting and gathering for bottles and began the “shake-the-bottle-drip-some-on-your-finger” process to see what I’d like. 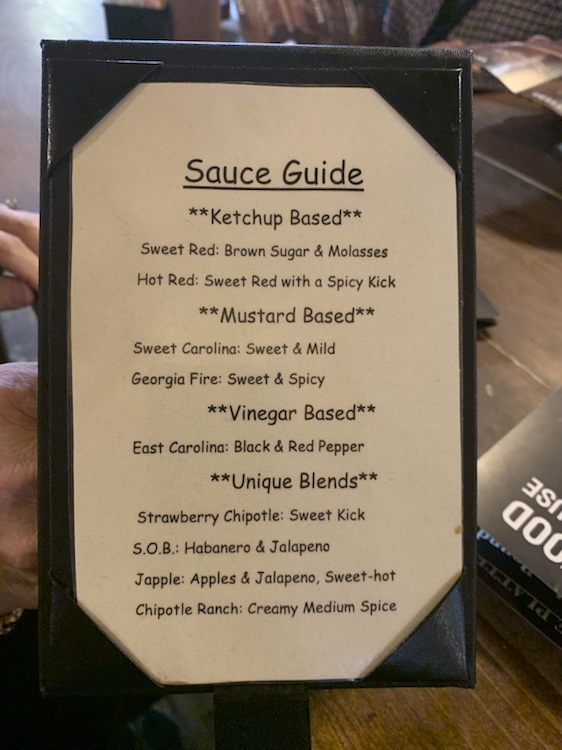 I think, at the table, we tried most all of these.  The SOB, with habanero and jalapeño, was too hot for me – and I do like hot stuff.  But I did REALLY like the japple- a mix of apples and jalapeño, which I thought was very good on the brisket.  I ordered a combo plate: 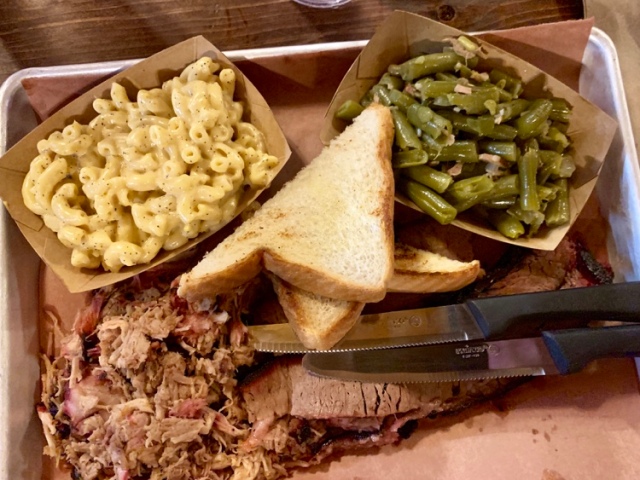 Brisket, pulled pork, green beans and mac-n-cheese.  The meats were smoked as they should be – without sauce – and had great flavor.  The brisket was moist and tender, with an 1/8″ smoke ring, and the pork had a good bit of smoke on it as well.  The green beans were cooked with some ham, but weren’t cooked long enough to get really soft.  The mac-n-cheese was fairly good – not soupy but cheesy enough.  This was a definite win.  I’d try one of the other locations if I was in their areas.

2021 Update: Camping with the same couples, two years later, I ended up with almost the same plate: 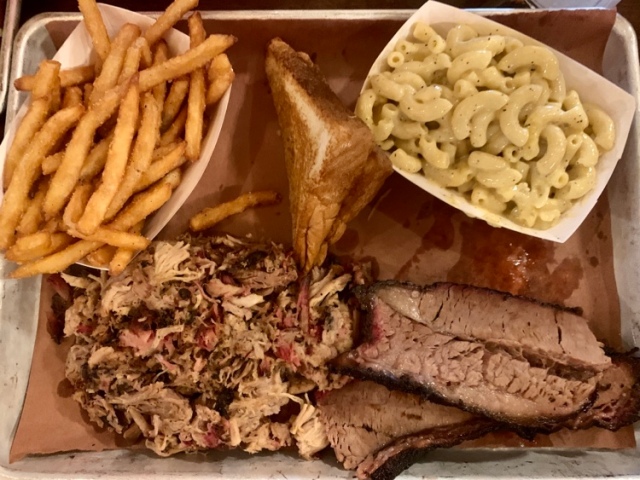 pulled pork, brisket, mac-n-cheese and fries. (I looked back and saw my note about the green beans). Just as tasty as I recalled. They no longer have the Japple sauce on the menu, so I tried the Georgia Fire on my brisket. The yellow -mustard based sauce, with quite a kick, really complemented the beef.