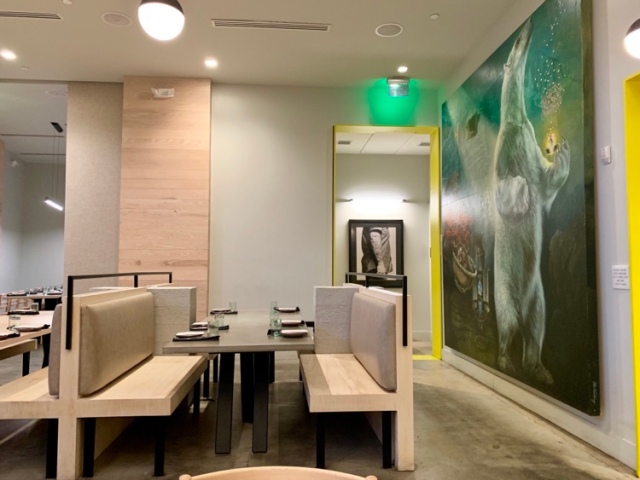 Just named Eater.com’s 2019 Atlanta Restaurant Design of the Year, Cold Beer opened mid-summer on the new Eastside trail of the Beltline.  “On the Beltline” is the key descriptor if you choose to go.  They have an address on Dekalb Avenue, but, on Google maps appear to be on Edgewood.  Until you get to Edgewood and they aren’t there.  We actually circled the block twice, before realizing that the Beltline was below street level and they likely were below us.  So, we found a place to park on the street and took the ramp down to the Beltline, seeing a brown building with CB on the side.   I told my beloved if this place wasn’t Cold Beer, we were just going to the Shake Shack (which had a  big neon sign) right next door.

It has a very modern interior – lots of light wood and colors , concrete floors and a high ceiling, with the focal point being a painting (above right) of chef Kevin Gillespie’s spirit animal, a polar bear.

As the grown up sibling of Gunshow (our go-to spot for celebrating an occasion), Cold Beer is a tapas restaurant, with the dishes (and the drink service) ranging from light to heavy, as you work your way down the menu.  We began with the seared scallops, which wer served with butternut squash, treated as farfalle, apples and a pecan miso. 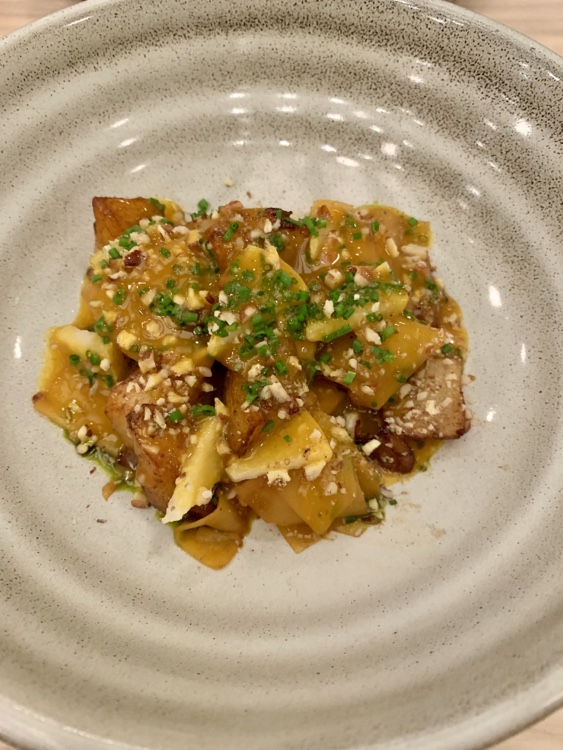 The scallops were very good, although I expected whole seared scallops (I don’t know that I’ve ever been served sliced scallops before) and the pasta-shaped squash was a nice complement.  The miso in the sauce was very strong.  We followed that with grilled rainbow trout, served whole with miso buerre blanc (miso was, apparently, the ingredient of the week – like on Iron Chef!). 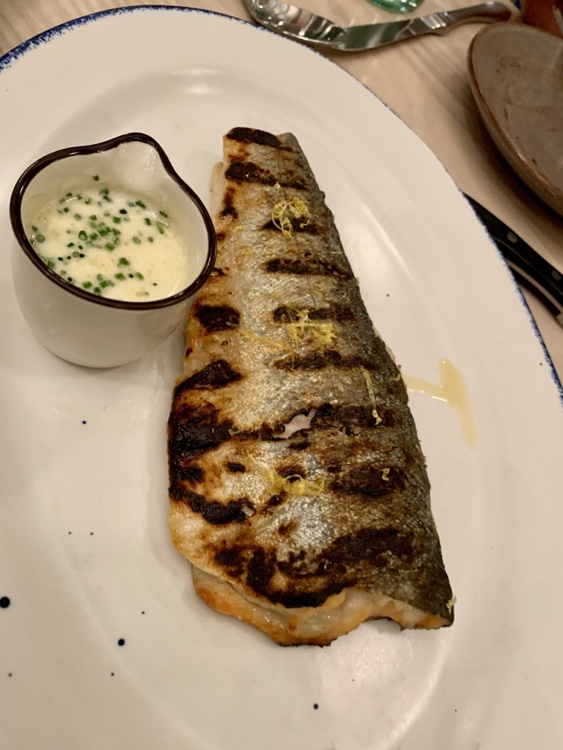 The fish was perfectly prepard.  As we opened it, we basically each took our halves, flaking it off bite-by-bite, with our forks.  This was served with a side of navy beans, cooked with pickled green tomatoes, and cornbread.  While the fish was excellent, the cornbread and beans were the standout of this dish. 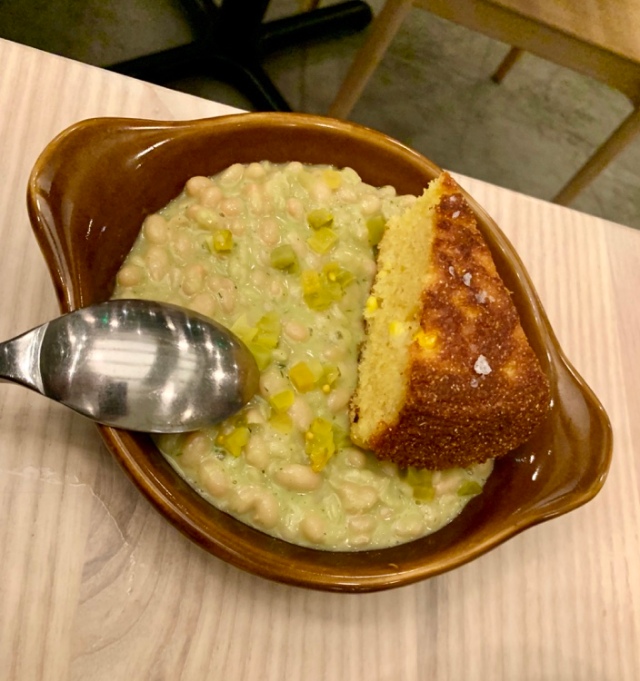 The cornbread was yellow (which I prefer) and a little sweet (which I really like).  And, finally, we ordered a duck wellington, with muscadine fois gras.   The duck inside (I failed to take a picture of it once opened) was shredded like it had been prepared for a confit and was fork tender.  This was served with a side of mushrooms that were my anniversary date’s favorite part of the meal. 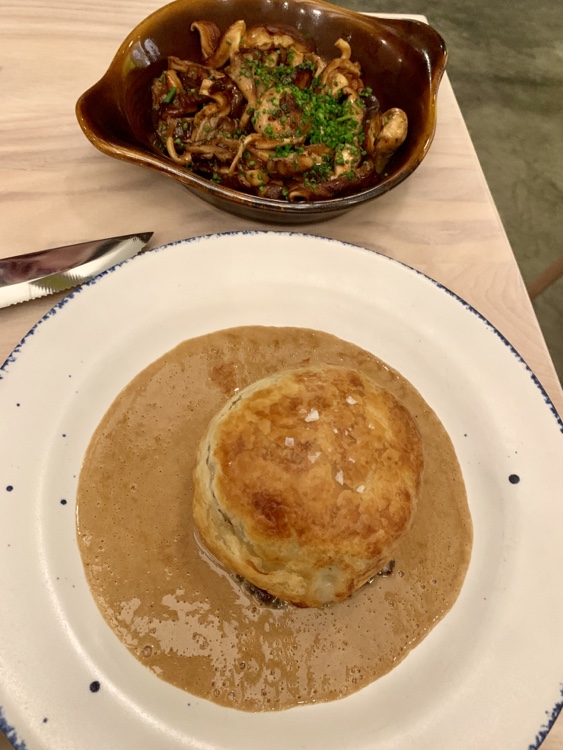 We both enjoyed the wellington immensely, but my partner, even more than I did.  When we finished, after almost licking the gravy off the plate, I told her that I was surprised she had enjoyed the duck as much as she had.  “Duck?  What duck?”  I told her that it was the main meat of the wellington.  “I don’t think so.”  Then we looked at the menu and she was shocked that it had been so tasty.  The mushroom gravy (which was sitting atop a stripe of muscadine jelly) was the perfect complement to the light pastry and moist duck – a well composed dish that topped off our night perfectly.