The second burger stop in the DC area was triggered by the USA Today article, 51 Great Burger Joints – Ray’s Hell Burger in Arlington, Virginia.  Apparently, ever since Medvedev went for a burger, the place has been hopping.  They’ve even opened a branch, down the strip center (which has since closed).  They did also make the app version of Hamburger America, but not the print edition.  We took the subway down to Arlington and walked about four blocks to the strip center, just beyond the Seven-Eleven (When did we lose all of the Seven-Elevens in Georgia?  Does anyone know?  One day, they were gone…)

Inside, it was a simple place with a map of the world and pins where you could pin-point “Where in the World Did You Come from for a Hell Burger”.  We proudly put in a pin for the closest city we could find to our home, Douglasville.

They serve a big, 10 ounce burger.  I went with the basic Diablo cheeseburger, with a spicy chipotle mayonnaise.  Cooked perfectly, medium-rare.   One of the best burgers of the year. 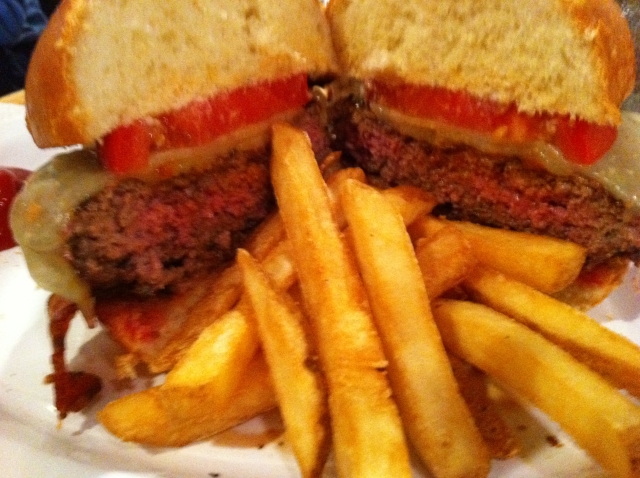