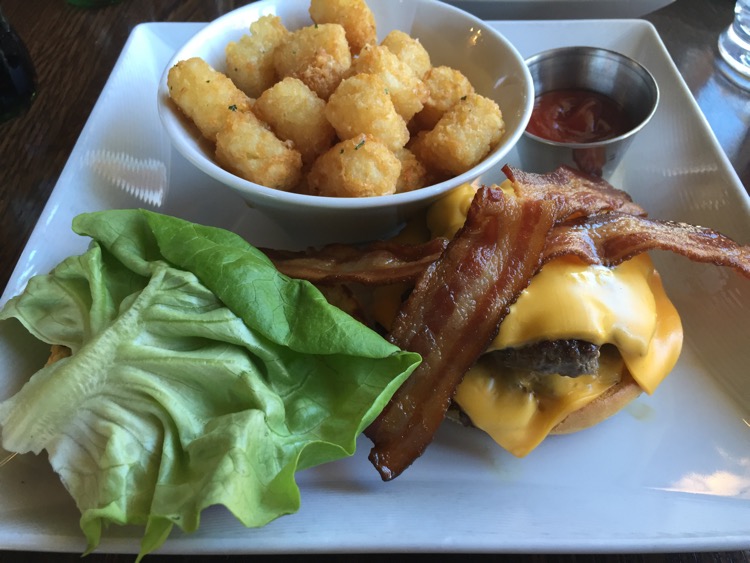 In an attempt to at least close out the top 10 on Atlanta Magazine’s 2015 Best Burger list before the end of the year, we made a return visit to H Harper Station for the “number 7”, their BeltLine burger.   On our first visit, we were underwhelmed, but had not been led astray by the list, yet, so I was willing to give it another try.

Long story short, the overall food was just as disappointing as I remember and I have no idea how the burger made the top twenty, much less the top ten.  It was fine, which is about as damning a word as I can conjure.   If a dish is bad, at least you’ve committed to something.  There was not a single thing that was remarkable about this burger.