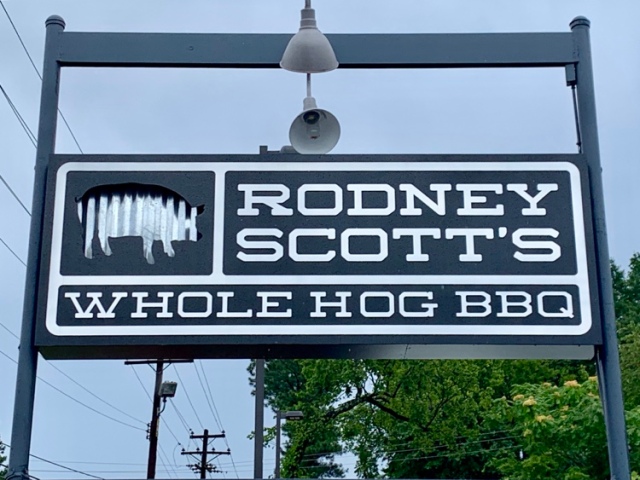 Ever since I heard about the opening of Rodney Scott’s Whole Hog BBQ in Birmingham, I’ve been plotting a way to get there.  Not that it’s far (about 2 hours from home) but it’s not every day you can convince your wife to drive four hours, round-trip, for lunch.  You see, after our trip to Rodney’s home base, Scott’s Pit Cooked Bar-B-Q in Hemingway, SC, I’ve been thinking about that ‘cue.

I’d amend the above to say that “Every Barbecue Day Is A Good Day”.  We’ve made food trips to the “Pittsburgh of the South” (yes, that is one of their nick names) many times – most recently the fated thanksgiving weekend trip to Niki’s West, only to find they were closed for the holiday.  Today, I found a great reason – we’ve made some new friends in another hobby circle and found that Birmingham was central for four of the couples to meet and eat.  So I suggested a Sunday lunch and, “Hey, why don’t we go to Rodney Scott’s?” (I did call before we left Atlanta that morning to assure they weren’t closed for some reason, just to be safe.)   My wife went with the barbecue staples, baked beans and cole slaw, and decided on the pit roasted turkey. 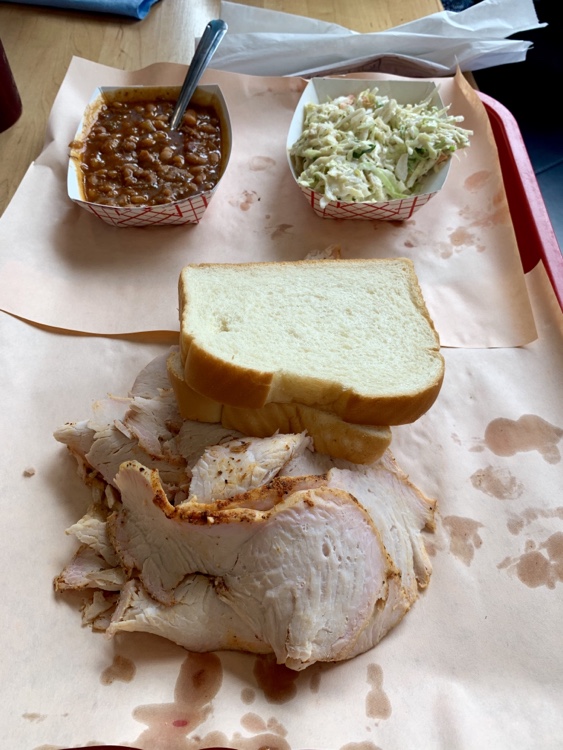 The beans and slaw were rated as “excellent” and I sampled the turkey – very good.  One of the couples with us had the chicken, which looked awesome, and he said that it may be the best barbecued chicken he’d ever had.  I was tempted by the smoked chicken salad sandwich, but I knew why I was there.

Pulled whole hog.  One pound on the left.  Pork ribs.  Two pounds on the right.

Was the pork as good as I remember.  Yes – even though I did eat the last of that first pound, with pimento cheese on Myrtle Beach, this was as good.  Mighty fine ‘cue.  Definitely worth driving 100 miles for.  Check out the smoke ring on the ribs.  And what is barbecue without fresh pork skins? 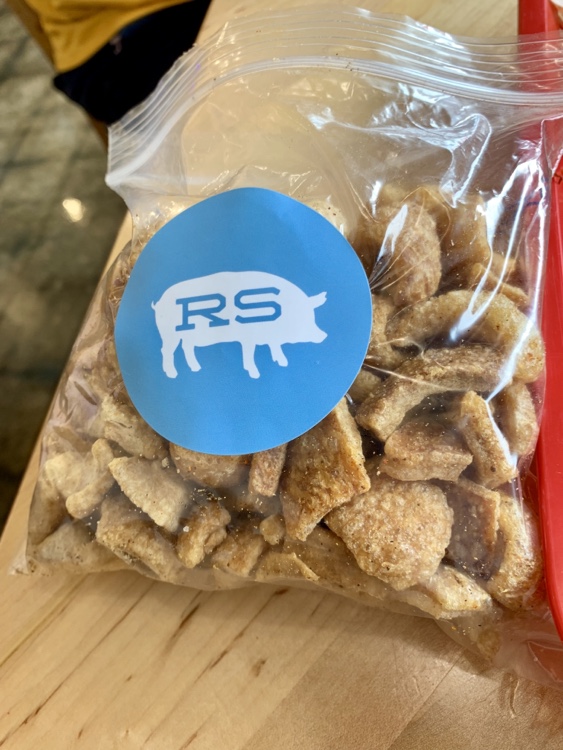 I like to smash them up and put them in with the pulled pork, then hit the combo with sauce.  And I failed to mention Rodney’s sauce – a perfectly spicy vinegar sauce.

And then our server asked us if we wanted banana pudding?  When should that answer ever be “no”?

This is a pint, which fed the two of us, quite handily.  The server tried to sell me half a gallon, or a gallon, for the table.  I’m glad we didn’t order it, because we likely would have eaten it, too.  A great lunch, with great friends.  Made every bit of the drive worth it.